The American Society for the Prevention of Cruelty to Animals said the practice of leasing pets was believed to have started around 2013, with a Nevada-based company that would transfer its debt to Monterey after the animal was “purchased.” Consumers don’t interact with these companies during the application process, according to the A.S.P.C.A., and the word “lease” is not mentioned in promotional material.

“We’ve heard stories about pet stores simply handing the consumer a tablet to initial and sign — so consumers don’t see the full contract until the first payment is due — which is often done by auto withdrawal,” Kevin O’Neill, vice president of state affairs for A.S.P.C.A., said in a statement on Thursday. “By then, the dog is in their home.”

People lease pets for many reasons. As opposed to those that are sold at shelters, dogs from pet stores can be expensive, sometimes costing thousands of dollars. In other cases, like Ms. Ortiz-Sierra’s, the buyer doesn’t understand the financial terms of the contract, that the dog can be repossessed with failed payments.

Under these arrangements, the individual must make monthly payments for the duration of the lease and often must make an extra payment at the end to finally own the dog, Ms. Healy said. Her office has been conducting investigations into financial companies that originated or bought dog leases, she said.

Animal-rights advocates like the A.S.P.C.A. have criticized the practice. The group said in July 2018 that pet leases are “predatory arrangements” often padded with large fees and heavy default penalties that could end up costing buyers many times the original price tag.

“Pet stores have long used the emotional connection people feel towards puppies to lure customers in, but the cost to purchase those animals — often several thousands of dollars — may still deter purchasers,” Matt Bershadker, the group’s chief executive, wrote at the time, when New York was considering outlawing the leasing of dogs and cats, which it did months later.

Mon Apr 18 , 2022
A dog and cat that made unlikely friends at a vet’s have delighted the internet after a video of them playing went viral on Reddit. Shared on April 10, the video on the popular r/aww forum has gained more than 69,000 upvotes and hundreds of comments. The video that was […] 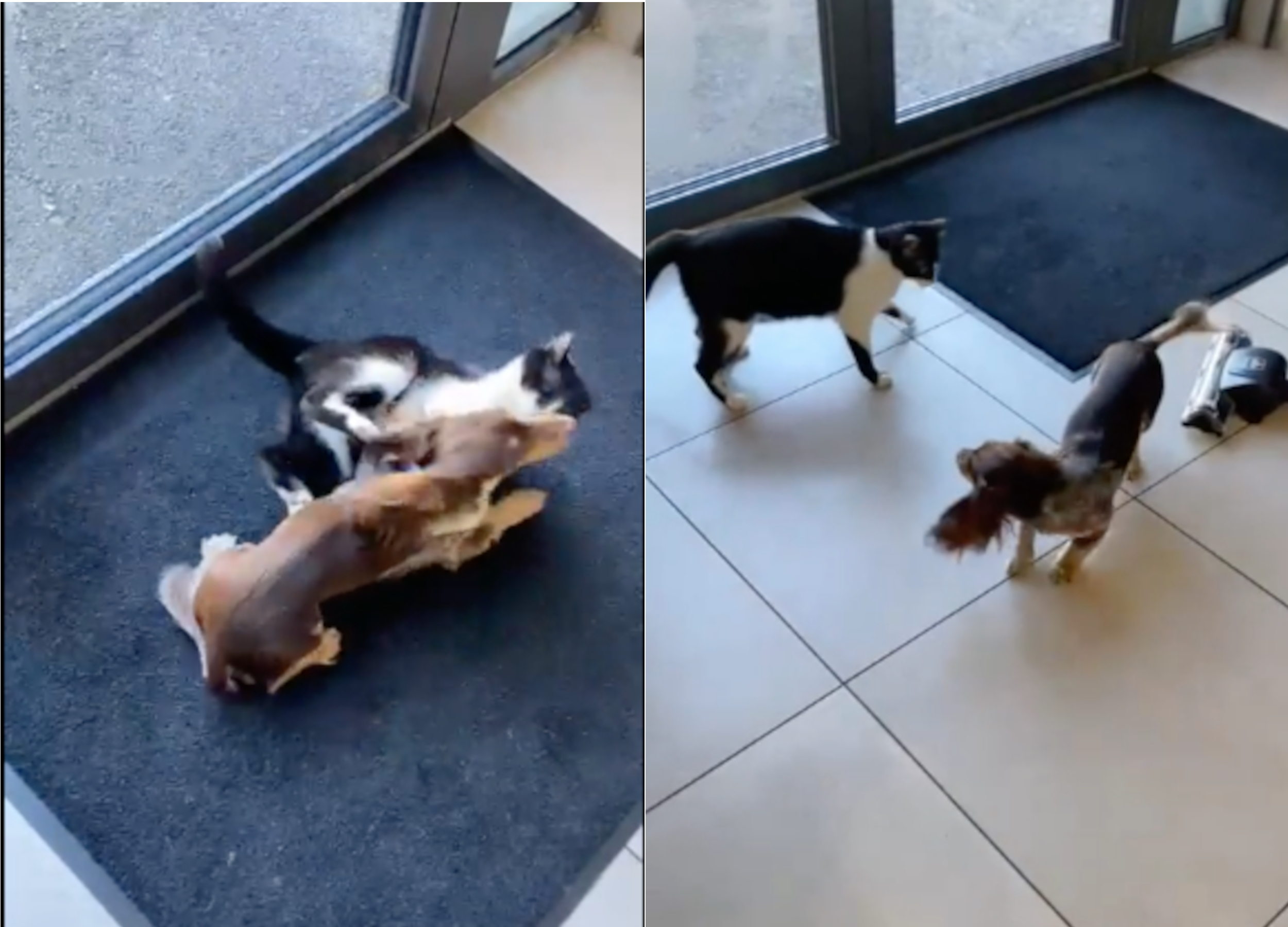