If you want to adopt a dog or cat from this Southern California animal shelter, you have to be 25, prove you can provide a pet with a good home — and support gun restrictions.

“We do not support those who believe that the 2nd amendment gives them the right to buy assault weapons,” Sill wrote on a website for the shelter in Thousand Oaks, California, about 40 miles northwest of Los Angeles. “If your beliefs are not in line with ours, we will not adopt a pet to you.”

Sill added, “If you lie about being a NRA supporter, make no mistake, we will sue you for fraud.”

Sill, in an interview with NBC News, said quite a few donors to her shelter are Republicans and some have threatened to cut off funds if she doesn’t remove the “Where do you stand on gun control?” question that she now requires every potential adoptee to answer during a screening interview.

“Having this asinine political litmus test comes at the expense of needy and homeless dogs and cats,” said NRA spokeswoman Amy Hunter.

Constitutional law expert Nadav Shoked of Northwestern University said in an email that the law appears to be on Sill’s side.

“The federal law is not an issue here,” Shoked said. “It doesn’t apply to stores, and, more important, it only bans discrimination based on race or religion — which is not what the pet store is doing.”

As for state laws, Shoked said, they often “add to race and religion things like gender, gender identity, familial status, marital status, being a veteran, and more” but not political preferences.

“There might also be some specific law or ordinance respecting pet stores or pet adoption practices (the motivation would be anti animal cruelty concerns), but that would be an issue very specific to this type of business,” he added.

Emily Berman, a Constitutional law professor at the University of Houston Law Center, said federal law does not protect Americans from discrimination “on the basis of gun ownership or support of gun rights. “

“However, there is also theoretically nothing stopping states and localities from imposing those kinds of rules,” Berman said. “Just as a state can bar discrimination on the basis of sexual orientation, presumably they could also do so on the basis of an individual’s view on guns.”

Sill said she put the new rule into effect May 31 after the Texas elementary school massacre in Uvalde that left 19 students and two teachers dead and sparked another anguished nationwide debate over gun restrictions.

“That was a tipping point for me,” she said. “But there was another reason.”

Four years ago, Sill said, an ex-Marine opened fire at a local watering hole called the Borderline Bar and Grill, killing around a dozen people before killing himself.

Three months earlier, Sill said, the shooter had come to her shelter to do community service for an earlier arrest.

“When he walked in, one of the other volunteers noticed he was wearing flip-flops and told me,” she said. “When I told him he really should be wearing something like gym shoes, he got real snappy with me.”

But because he was a veteran, Sill said she assigned him “to work with Larry, who is a Vietnam veteran.”

“After a day, Larry said we can’t work with him, and I had to let him go,” Sill said.

After the massacre, Sill said the FBI and police told her the ex-Marine had scoped out her shelter as a possible target.

“Their advice to me was to hire security, and for a time I did,” she said. “It was unarmed security, but it was security. Somebody standing at the door. The other advice I got from the police was come up with an escape plan.”

Sill said she nearly laughed in their faces.

“An escape plan? What I have here are lots of senior citizens and dozens of dogs and cats,” she said. “How would we escape a gunman who came inside here to kill us?”

Sill said at first she was saddled with guilt after the Borderline Bar and Grill massacre.

“I thought, ‘Maybe I should have warned somebody, said something,’” she said. “He was so rude to me. He clearly had a problem with women. But I didn’t think he’d be a mass murderer.”

Over time, Sill said, her feelings of guilt morphed into a lingering fear she has not been able to shake.

“I found myself looking over my shoulder whenever I came to work,” she said. “And after a while, I realized I just couldn’t live like that.”

Sill said she was moved by the plea actor Matthew McConaughey, a Uvalde native, made to Congress to act on gun legislation. She said the actor’s wife, Camila Alves McConaughey, had adopted two dogs from her shelter several years ago when they lived in Malibu.

“I know he’s a gun owner, and when he went before Congress and said we’ve got to do something about this, well, my heart went out to him,” Sill said. “I hope other gun owners do the same. Because this is killing all of us.”

Sat Jun 11 , 2022
HARRIS COUNTY, Texas (KTRK) — A Huffman-area man had to have his legs amputated after three dogs attacked him Thursday night as he was walking home. Relatives identify the victim as Nicolas Vasquez, 51. According to neighbors, the attack happened after 9 p.m. Calvin Stoy saw Vasquez walk by. He […] 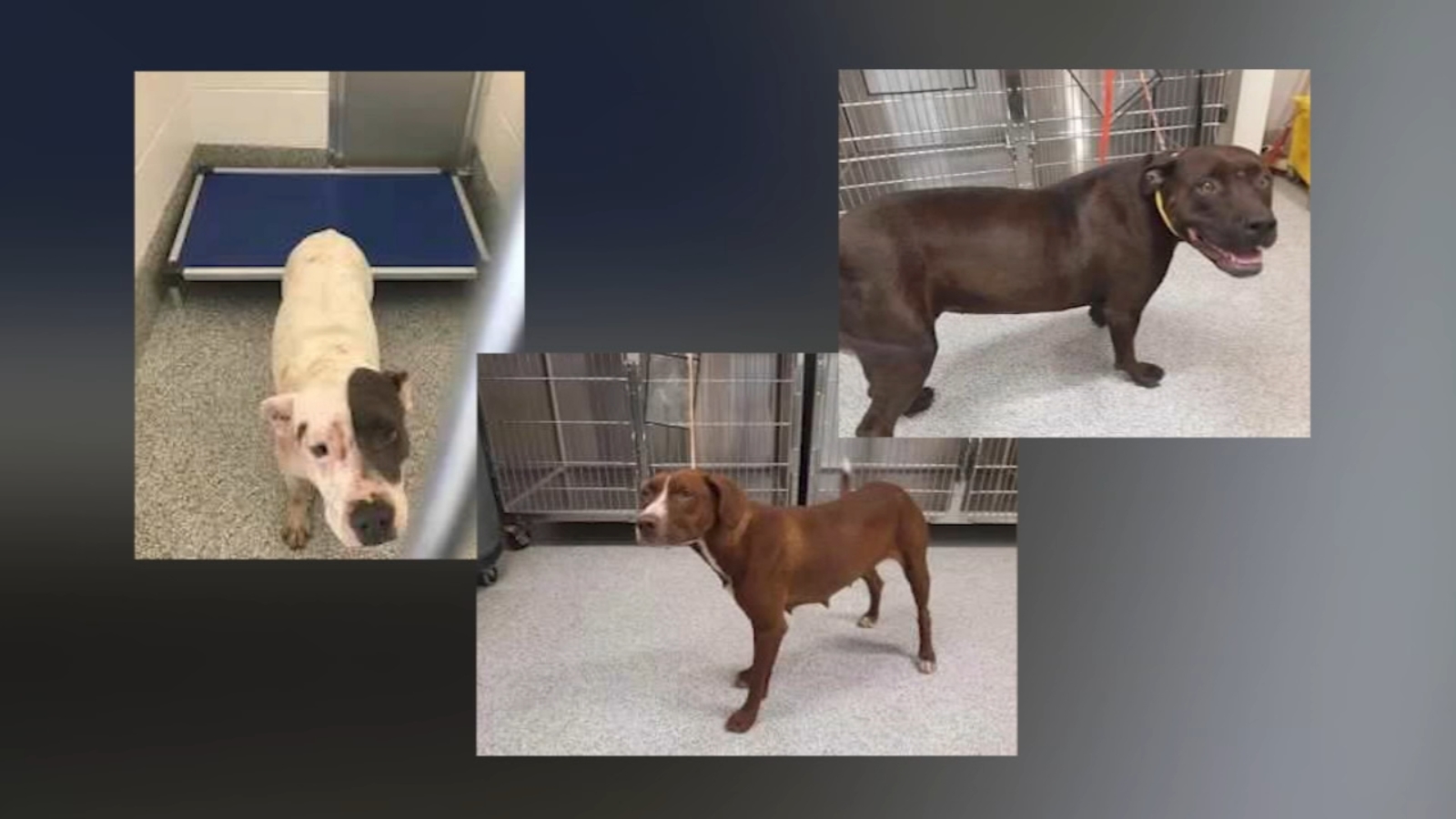