Steven Patrick Cannedy, 41, of the 13000 block of Deer Path Lane was arrested by Menard County sheriff’s deputies without incident Thursday. He has been charged with aggravated animal cruelty, a Class 4 felony.

The arrest followed an investigation by the Menard County state’s attorney’s office which also involved the sheriff’s office and Menard County Animal Control.

See also: Springfield resident in Kyiv defiant: ‘I am staying until the end’

Cannedy reportedly shot the dog because it was on his property.

According to a GoFundMe page set up by the daughter of the dog’s owners, Jeff and Beth Butler, the dog, a Collie named Carly, was shot in the chest.

Carly underwent surgery at Athens Main Street Clinic and is expected to be in recovery for several months.

Generally, compound bows are used for hunting and target practice. A compound bow is a bow that uses a levering system, usually made up of cables and pulleys to bend the limbs.

If convicted, Cannedy faces one to three years in the Illinois Department of Corrections and mandatory parole.

Cannedy would be required to undergo a psychological or psychiatric evaluation as well as treatment.

Cannedy has an initial court appearance set for April 5.

Cat 'Hanging In There' After Passersby Encouraged Dogs To Attack Him

Fri Mar 25 , 2022
A cat named Buddy is fighting for his life after two people appeared to encourage their dogs to attack him. The brutal scene, which took place earlier this week in a Philadelphia neighborhood, was caught on camera. “Buddy is still hanging in there,” the Pennsylvania Society for the Prevention of […] 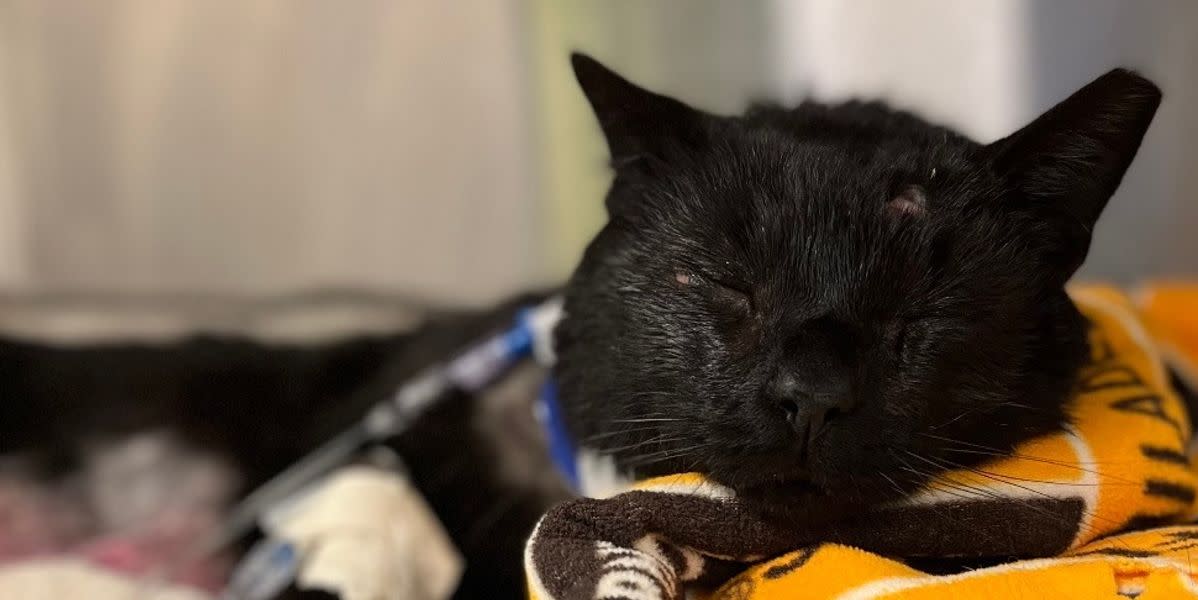