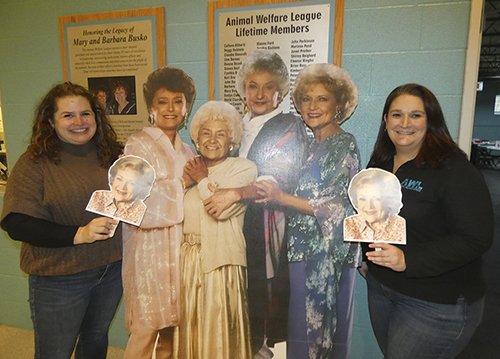 Staff photo / Bob Coupland
Bergen Giordani of BGMG Marketing, left, and Lori Shandor, CEO of the Animal Welfare League of Trumbull County, right, stand by cutouts of the cast of television’s “The Golden Girls” on Wednesday at a “Bingo with Betty” event that raised funds for the AWL in Vienna to help animals at the shelter. This week, Betty White would have celebrated her 100th birthday.

VIENNA — While episodes of ‘The Golden Girls” played on a large screen, more than 100 people attending a fundraiser Wednesday for the Animal Welfare League of Trumbull County had a chance to play bingo, enjoy cheesecake and celebrate what would have been actress Betty White’s 100th birthday.

The event was planned for Monday — the beloved TV star’s birthday — but it was postponed because of the snowstorm.

Cutout statues of “The Golden Girls” cast and paddles with White’s face on them all were part of the festivities held at the AWL building.

Lori Shandor, CEO of the AWL, said although White died on New Year’s Eve, her devotion to helping animals during her lifetime was worth celebrating while also helping the dogs and cats at the shelter.

“We called this ‘Bingo with Betty’ in honor of her life and what would have been her 100th birthday. We played bingo, and if you have bingo, you wave the Betty head on the paddle,” Shandor said.

She said while various food items were available, the highlight was a slice of cheesecake — a favorite of “The Golden Girls” characters.

“Betty White was often quoted on how important animals were to her and how helping animals was her true passion. She was an animal activist her whole life,” Shandor said.

The event was co-hosted by the AWL and BGMG Marketing, and had more than 100 people in attendance with all proceeds going toward the care of the animals.

There also was a chance to bid on auction items, select prizes for the bingo rounds, and look at the dogs and cats at the shelter.

Bergen Giordani with BGMG Marketing said it made sense to hold a fundraiser for the shelter on White’s birthday.

“We have some Betty White-themed prizes,” she said.

Shandor said the nationwide Betty White Challenge asked people to donate to animals shelters in honor of her birthday and raised $6,000.

“If she was alive to see this movement created around her legacy and life, she would be so surprised and blown away. She always seemed so humble,” Shandor said.

Giordani said she watched White on the television show “Hot in Cleveland,” while Shandor watched her on “The Golden Girls.”

“Watching her on different TV shows you knew you would have a good laugh from what her character would say or do,” Heidi Beach of Niles said.

Michele Watson of Warren said, “I loved ‘The Golden Girls.’ It was always fun to watch. Betty was a wonderful lady.”

Tina Austrino of New Middletown said she also cares for animals and loves that White had a love for helping animals.


Today’s breaking news and more in your inbox

Fri Jan 21 , 2022
KANSAS CITY, MO. — Pet food and treat processors, and the companies that supply them ingredients, packaging materials and processing equipment, are ramping up their capabilities and operational footprints to meet increasing demand. Over the last year, many processors have experienced operational drawbacks caused by labor shortages, an economy-wide issue […] 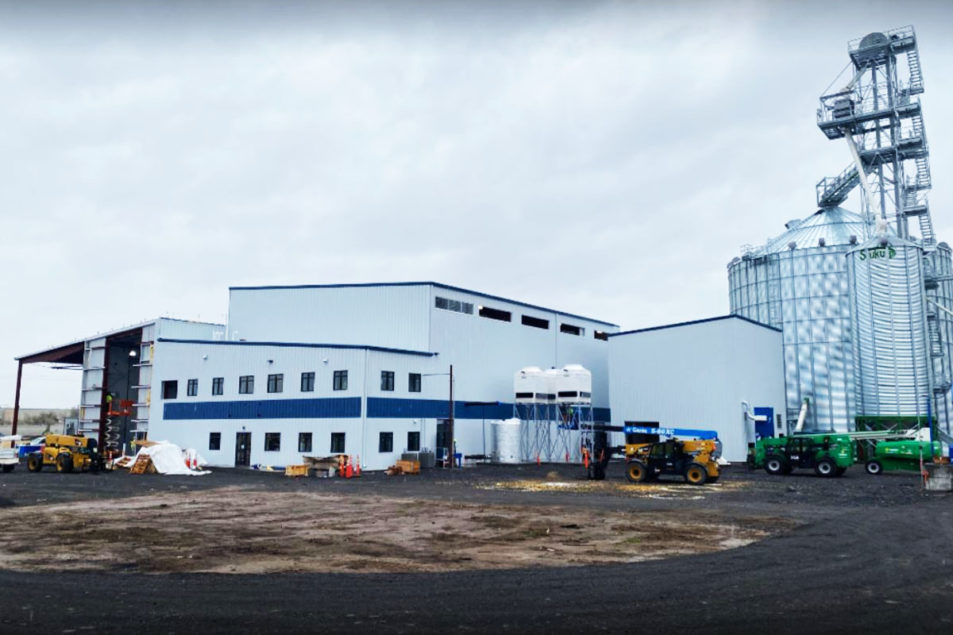