A dog was shocked to death when it walked over an electrified metal plate on a Brooklyn sidewalk this week – and now the pooch’s grieving owner is demanding answers.

Great Dane-Boxer mix Lala “started screaming bloody murder and yelping” then fell over while out on its evening walk at around 7:15 p.m. Monday at Bell Slip near Commercial Street in Greenpoint, owner Lida Bilokur told The Post.

The plate – which also zapped a man who tried to help the dog – had been placed on a hole where someone removed a privately owned lamppost, officials and Bilokur said.

“Con Ed is not taking responsibility because it’s a privately owned building and they didn’t do the work,” Bilokur, 31, said. “So whoever removed that lamppost and replaced with a highly conductive piece of metal is responsible … imagine if this was a kid, the kid would be dead.”

A friend who had taken Lala out on the ill-fated walk screamed for help as the dog writhed on the ground in seizures, apparently suffering a heart attack from the voltage, Bilokur said. A woman leading a dog-training class nearby ran into the street and administered CPR but it was no use.

“My dog died on the spot,” Bilokur said. The nearly 4-year-old dog was rushed to a veterinary clinic and given two doses of Epinephrine — but it was already too late for the dog.

The dog walker wasn’t electrocuted but a man was shocked when he ran over to place a rubber cone on the plate to warn others of the danger. He declined medical treatment at the scene, FDNY officials said.

“It was super kind, he didn’t want to go to the hospital because he didn’t want anyone else to step on the plate,” Bilokur said. “It was high-voltage enough that a large guy was shocked and had to sit down.”

The man, whose identity wasn’t immediately available, was allegedly hospitalized as of Tuesday, Bilokur’s attorney Paul Liggieri told The Post.

Bilokur was having dinner when she got the call that Lala was dead. She claimed when she went to the scene of the terrifying incident, the metal plate was still in place – although it has since been replaced by two wooden plates, she said.

“I couldn’t believe nothing was done,” Bilokur said.

ConEdison spokesman Allan Drury said the current did not come from the electric company’s equipment. Drury said the investigation found the plate had been installed by a customer.

“The dog and the person made contact with the plate and got shocked,” Drury confirmed.

A spokesperson for the property One Bell Slip said this weekend’s massive snow storm was a factor in the incident.

“As a result of this week’s winter storm, an underground electrical wire was inadvertently exposed to snow and salt which caused a temporary live charge in a metal plate on the ground,” the spokesperson told The Post in a statement. “Immediately after learning of this and the accident it caused, we worked with the City and Con Edison to fix the issue.”

The “safety and well-being” of community members is the company’s top priority, the statement said.

“We extend our heartfelt sympathies and are taking every step necessary to prevent this from happening again,” the statement said.

A breaker was shut down after the incident to prevent the plate from being electrified, Drury said. The area has since been deemed safe.

But attorney Liggieri said he’s planning to file a lawsuit on the grounds someone was negligent and the dog should still be alive today.

“Barrels don’t fall out of windows and hit somebody in the head unless someone’s responsible,” Liggieri told The Post. “We’re going to go after everybody because they’re all playing the blame game.”

Sat Feb 5 , 2022
The video of the momma cat petting her kitten was posted on Reddit. If you’re someone who needs their share of a tiny dose of cuteness, here’s something that could help. This video shared on Reddit shows the most adorable moment between two cats – a momma cat and her […] 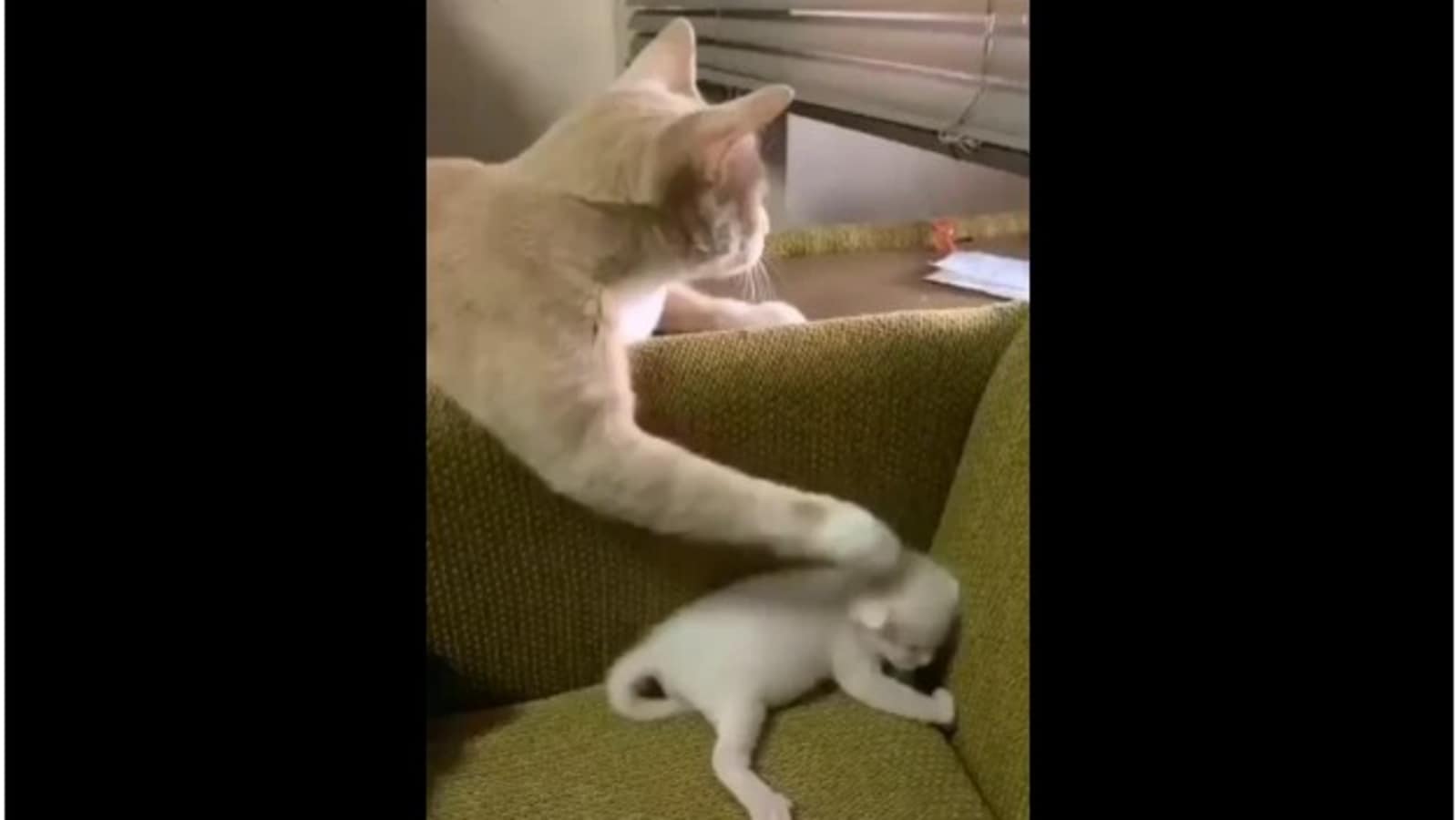