Thousands of lost or stolen cats could be reunited with their owners every year under plans to make microchipping compulsory by law.

Vets and animal-lovers welcomed the announcement but said the government should urgently tidy up the patchwork of pet databases that hinder animals being found.

Critics have previously pointed out that government-approved databases are independent commercial enterprises with different processes and often rank highly on internet search engines.

The government drew up its compulsory microchipping plan after a sharp rise in pet thefts and lobbying by heartbroken owners, as well as rescue centres being overwhelmed with lost or unwanted pets.

Under the plan, keepers of the UK’s 10.8 million cats will have to ensure their animal is microchipped by the age of 20 weeks and their contact details registered on a database.

Owners may be fined up to £500 if they ignore the rule and fail to have their cat microchipped within 21 days of being warned.

Cat thefts nearly tripled between 2015 and last year, and rose by 12.3 per cent between March last year and March this year, according to Pet Theft Awareness.

The cost of microchipping – inserting a small chip with a serial number under the skin – usually costs between £10 and £30, and databases may charge for registering chips. Some vet practices and charities offer free or cut-price chipping for owners on low incomes.

Malcolm Morley, junior vice-president of the British Veterinary Association, said microchipping was safe, effective and permanent, but added: “We feel it’s imperative that the government address and learn lessons from ongoing issues in the dog microchipping system to give the rollout to cats the best chances of success and ensure that new requirements are clear, workable and adequately resourced.

“As a priority, we’d like proposals to streamline the microchipping database system into a single point of entry to be accelerated. There are currently around 16 separate databases, which can pose a huge barrier to successful reunification of pets.”

The association says it’s often difficult for vets to crosscheck details because the databases have very different set-ups, do not communicate well with each other and in some cases are reluctant to share data.

There is also little to stop databases springing up without government approval.

The government says it is already reviewing the dog microchipping rules and database systems to consider improvements, and that the new cat rules – which were welcomed by the RSPCA – will take effect once the review has been done.

In a government consultation, 99 per cent of respondents backed compulsory microchips, which was promised in ministers’ animal welfare action plan.

Seven-year-old Scarab, who went missing from his Cornwall home last September, was reunited with his owner 11 months later, after her contact details were found when he was scanned for a microchip.

But Cats Protection says eight out of 10 strays it receives are not microchipped, and pet rescue centres nationwide say they are inundated.

Larry the Downing Street cat was found in London without a microchip and taken to Battersea Dogs and Cats Home before being adopted by No 10.

Dr Daniel Allen, leader of the Pet Theft Reform campaign, also welcomed the move, saying it could lead to cats being included in pet theft legislation.

The government needed to police individual databases to ensure they were meeting standards, such as answering phones to distressed owners, he said.

Ministers are considering a campaign called Tuk’s Law that would force vets to scan cats and dogs for microchips before putting them down, and a separate lobby called Gizmo’s Legacy to oblige councils to scan cats or dogs found dead by the roadside.

Sat Dec 4 , 2021
Dog breeds are often recognized for distinctive traits — the short legs of a dachshund, wrinkled face of a pug, spotted coat of a Dalmatian. Unfortunately, the genetics that give various breeds their particular attributes are often the result of inbreeding. In a recent study published in Canine Medicine and […] 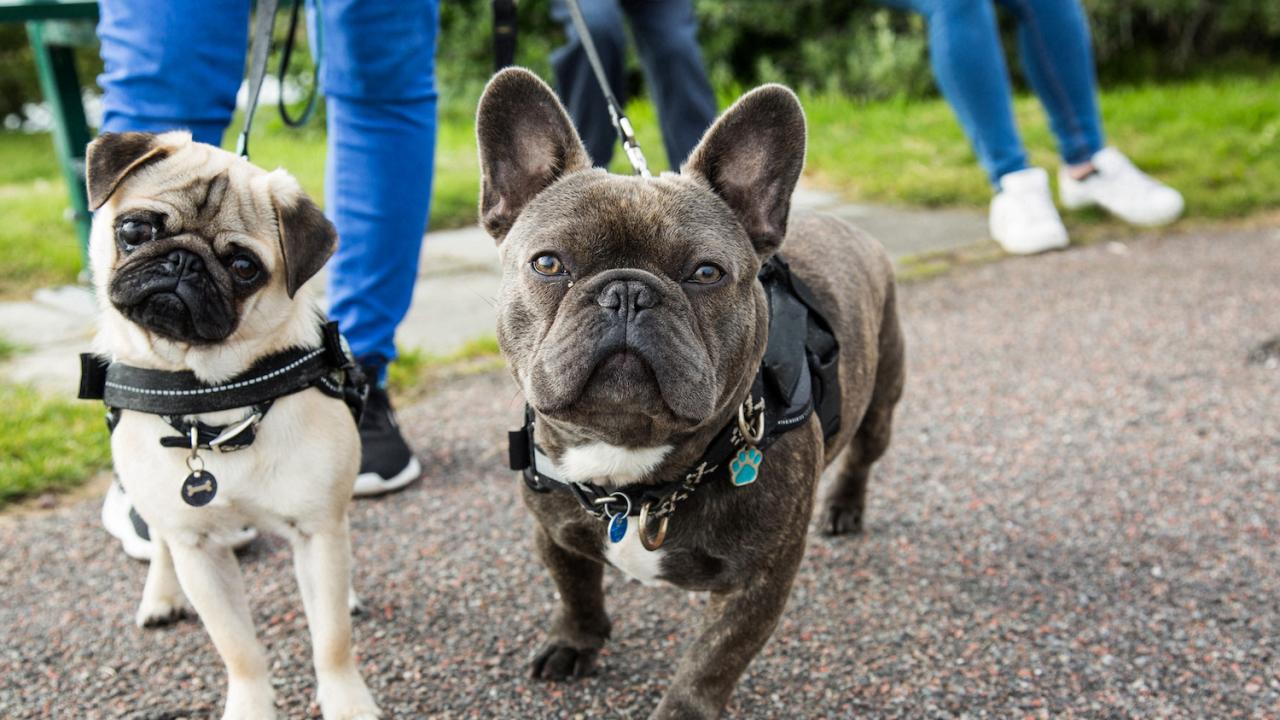