Skip to content
ACADEMIA PUTS SCHOLARS through the wringer. Few — very few, in fact — come out willing or even able to express complex ideas in ways appealing to non-academics. John Gray is one of those rare intellectuals.

Professors tend to scoff at books written for more general audiences. Anything that becomes popular is taken as potentially not serious. But the truth is, most professors simply cannot write, talk, and perhaps even think in a manner which can engage non-academics. Having gone through years of rigorous, specialized training, scholars find it hard to communicate their insights to anyone outside their narrow fields. Gray does not. Feline Philosophy: Cats and the Meaning of Life is broadly appealing. Even more impressive, it has readers seriously consider radical ideas.

It is difficult to speak about the myth of human progress, the navel-gazing silliness of autonomy and reason, the pompous attitude of the righteous, and the associated paradoxical nature of morality, accepting that neither love nor death are really such a big deal and — this is the real point of the book — the meaninglessness of the meaning of life. Gray does so without strong arguments, logical deductions, or other conventional philosophical tools. Big-name philosophers are referenced, but mostly on the back of novels about cats. Intertwining stories and facts about cats with philosophy, Gray invites serious reflection without telling readers how to reason or what to think.

The 111-page book is broken into six chapters. In the first one, “Cats and Philosophy,” Gray plainly states: “The nature of cats, and what we can learn from it, is the subject of this book.” Here, and in the second chapter, “Why Cats Do Not Struggle to Be Happy,” Gray presents philosophy as an effect of restlessness: it is born as an attempt to calm the anxiety of living in a chaotic and unpredictable world. Happiness then becomes a project for the future, when we do not feel un-at-ease. Unfortunately, striving with a clear plan in mind only makes things worse. “Our lives are shaped by chance and our emotions by the body. Much of human life — and much of philosophy — is an attempt to divert ourselves from this fact.” For cats, on the other hand, happiness just might be their natural condition.

In the next chapter, Gray revisits one of his more unique positions. Discussing “Feline Ethics,” Gray reminds readers that moral values, standards, and any way of thinking about what is good or bad, are historically and regionally relative and contingent. This is true not just of cultures or societies, but of individuals as well. “When people talk of morality they do not know what it is they are talking about. At the same time they are unshakably certain in what they say. This may seem paradoxical. But it is not, since what they are doing is expressing their emotions.” Borrowing heavily from Spinoza, Daoism (Daodejing/Tao Te Ching), and Zen Buddhism, Gray eloquently dances through attacks on morality, rationalism, agency, and the self.

Chapter four provides a soothing respite from serious philosophical discussions. Here, “Human vs Feline Love” is discussed largely by way of summarizing novels about cats. It is difficult to say exactly what, if any, specific point Gray is trying to make. And this is not meant as a criticism. Like many great thinkers, Gray is simply inviting readers to reflect and consider certain perspectives. Chapter five, on “Time, Death and the Feline Soul,” is written in a similar manner. The overarching idea here is simply that cats seem to “accept life as a gift,” while humans anxiously toil over every aspect of life and often get caught up in endless speculation about death.

In the final chapter, “Cats and the Meaning of Life,” Gray challenges that “the good life for each of us is not chosen but found.” We are asked to consider the Daoist idea that “we must follow the way within us.” Should we do that, our lives will be “richer than any idea of perfection.” He continues: “The good life is not a life you might have led or may yet lead, but the life you already have. Here, cats can be our teachers, for they do not miss the lives they have not lived.”

Gray eventually gives us “Ten Feline Hints on How to Live Well.” They are concise and eloquent lessons we might learn from thinking about a “feline philosophy,” or even from an honest reflection on life. The last sentence well summarizes the book in both content and style: “The meaning of life is a touch, a scent, which comes by chance and is gone before you know it.”

Readers might be surprised that in the 10 lessons we never hear about “play.” Upon further intellectual consideration, this becomes even more puzzling. The English intellectual is extremely fond of Daoism and Zen Buddhism; he titled his book Straw Dogs (2002) after the fifth chapter of the Daodejing. But the second cardinal Daoist text, and the major facilitator of the philosophical interchange between Daoism and Buddhism that produced Zen, the Zhuangzi (Chuang-Tzu), is conspicuously absent in Feline Philosophy. This Daoist classic is not only full of jokes, conversations between animals, and advice from trees — it introduces “play” as a philosophical approach and advocates it as a possible approach to life. Readers may seriously wonder why Gray did not talk about play in Feline Philosophy, and what he thinks of the Zhuangzi.

Relatedly, one great feline novel not mentioned in Gray’s book is I Am a Cat by Sōseki Natsume (1867–1916). Natsume’s story is playfully written from a cat’s perspective. In more than a few places, the cat, or people around it, dives into prolonged digs against Western theories of progress, reason, and positivism — an obvious overlap with Gray’s own predilections. More important than the philosophical digressions, however, is the playful element of I Am a Cat. Unsurprisingly, much of I Am a Cat, and Natsume’s work in general, draws heavily on the Zhuangzi.

Some reviewers of Feline Philosophy: Cats and the Meaning of Life have summarized John Gray as advocating a coupling of feline indifference with Daoist contemplation. This assessment is more of a review of reviews than of the book itself. The real joy of Feline Philosophy comes from the very experience of reading it. The book does not attempt to “prove” anything. Gray has survived the wringer and now expertly plays with his philosophical reflections. Like the Daodejing, the Daoist classic Gray constantly references, readers miss the point if they search Feline Philosophy for evaluative judgments, truths, or even arguments. The Daodejing is (most likely) a record of sayings written, rewritten, edited, and reedited for centuries. For over two millennia, everyone from rulers, scholars, and Daoist priests to farmers and hermits read the text in a similar manner. They repeated the short sayings and reflected on their lives. What was useful from the Daodejing they used, what wasn’t they ignored. And that was that.

Perhaps we can, or even should, do something similar with our philosophical discussions today. Gray undoubtedly has his own philosophical perspective. But he has certainly learned from cats, and his reflections are honest and humble. In a world where hubris of all kinds fuels objectively difficult situations, it might not be a bad idea to be a little less black and white. Indeed, it might be even better if we added a bit of playfulness.

Mon Jun 28 , 2021
A year after Animal Care Services (ACS) reported its highest live release rate of pets ever—94.5 percent— interim director Shannon Sims says the city is again in need of foster and adoptive homes. That rate, which measures how many animals are returned to their owners or are placed within a […] 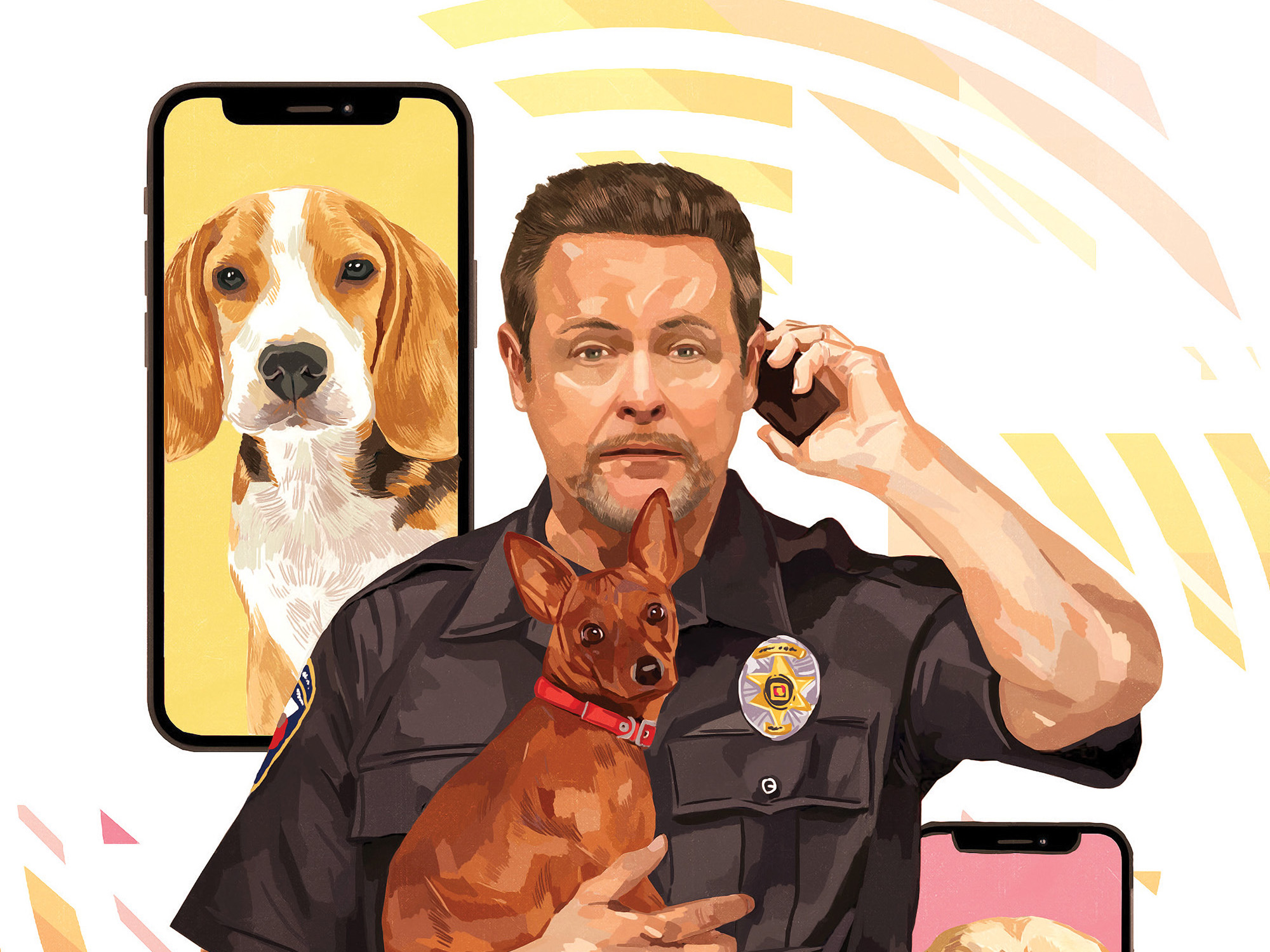