British pet food company OMNI is offering to pay a dog owner $6,685.82 to switch their canine to a plant-based diet and keep track of effects including the smell of the pet’s poop. Photo by gamagapix/Pixabay.com

Feb. 24 (UPI) — A plant-based pet food company in Britain is offering to pay a dog owner more than $6,000 to switch their canine’s diet for two months and keep track of the pet’s poop smells.

OMNI, a company that specializes in plant-based dog food, said it is seeking “a dedicated dog owner to sniff their dog’s poop, to test the effect a plant-based diet has on their dog’s digestion, stool odor and general health.”

The winning applicant will be paid $6,685.82 to use OMNI’s dog food for two months and report on the effects the food has on the animal’s frequency of bowel movements, poop odor, energy levels, behavior, sleep patterns, weight and fur condition.

The dog will be examined by a veterinarian at the start and end of the two-month period, OMNI said.

“Not only that, we are getting feedback that their dogs’ stools have improved in terms of colour, consistency and smell. So, what better way to demonstrate this than by being willing to pay a dog owner to sniff their dog’s poop once they’ve switched to our brand of dog food?” Sivakumar said on the company’s website.

Sivakumar said the company is seeking to confirm the reports by collecting data from the successful applicant.

“We know that this is quite a peculiar vacancy, but we also know that this is the way for us to put our money where our mouth is and show dog owners that plant-based dog food could improve their dog’s stool, general health and digestive health,” he said.

Applications are being accepted on the company’s website through March 31.

Sat Feb 26 , 2022
An environmental training session for operators of Concentrated Animal Feeding Operations, will be held Wednesday (March 2, 2022) at the Crossroads Convention Center in Huron. Registration will begin at 8:30 a.m. CST with the program following at 8:45 a.m. and concluding at approximately 4:45 p.m. Specialists from South Dakota State […] 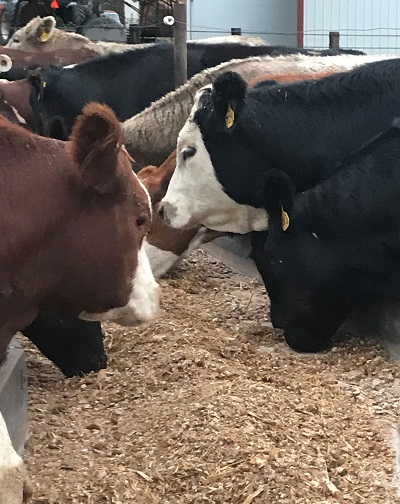