Hong Kongers leaving the increasingly isolated city are chartering private jets for their pets — the only way many can take their animals with them as pandemic restrictions squeeze freight space on commercial flights.

With the city’s zero-Covid regime leading to soaring cargo rates and flight cancellations, people are grouping together to use private jets at a cost of about HK$200,000 ($25,665) for each owner with their pet, companies and individuals say.

“There’s a huge demand,” said Chris Phillips, pet and medical charter manager at Air Charter Service, a private jet broker. “People want to get their pets back [to their home countries], their cats and their dogs and their rabbits, and they just can’t get them back via commercial routes.”

Hong Kong authorities this month banned passenger flights from eight countries as part of the city’s tough coronavirus elimination policies, leading to a wave of flight cancellations as airline companies struggle to keep up with changing regulations.

The territory’s strict quarantine regime is leading some expatriates to abandon the city while increasing numbers of local citizens are joining immigration schemes set up by the UK, Australia and Canada in the wake of political unrest in the Chinese territory in 2019.

Hong Kong’s efforts to stamp out the virus have extended to pets, with the government culling more than 1,000 hamsters this week and quarantining about 150 pet store visitors on fears of animal-to-human transmission.

Hong Kong’s population dropped 1.2 per cent in the first half of 2021, according to the latest census records. Those who can afford it are taking their pets with them but this is becoming increasingly difficult given the paucity of flights, leading to demand for private jets.

“There is this new sort of wave of jet pooling where people come together and try to find a date and say ‘right, we’re going to go on this day’,” said Philips of Air Charter Service.

Steve Pheby, a senior consultant at Ferndale Kennels and Cattery, said that before the pandemic his business was usually evenly balanced between importing and exporting pets, but it was now 90-95 per cent based around exports.

“We can’t predict how the future’s going to be . . . every week we get another airport that’s dropping the routes,” he said, adding “quite a few people” had been looking at the private jet option. He noted it could cost up to HK$150,000 to transport a Labrador and its owner to the UK.

“The heartbreaking thing is . . . [for] a lot of people, their dog is a member of their family, they’re drawing the short straw by paying these extremely high rates,” he said.

Pet Holidays, a Hong Kong-based company, said it arranged 18 private jets last year for pet relocation purposes, with flights mainly to the UK as well as Canada, Taiwan and Singapore, compared with zero in 2020. It expected to charter another 20 private jets for pets this year, with about one-third of customers moving from commercial flights to chartered services.

Ada Lo, from Dog Express, a pet travel and immigration business, said the company had three private jet flights for pets planned to the UK in the coming months, while Gary Costello, from UK pet travel operator PBS International Freight, which works with private jet companies, said the group had seen “a large increase” in demand from Hong Kongers.

Top Stars Air, a business aviation sales company, said it arranged dozens of flights last year and is now receiving about 20 requests a day. It has a flight to London planned next month for six people and seven pets, in which the jet will fly in from Dubai without the crew disembarking, given Hong Kong’s strict requirements on quarantine.

Annett Schirmer, an academic based in Hong Kong, said she was planning to relocate to Europe in May and was trying to arrange a flight for her three dogs and one cat through social media.

“Flights are frequently cancelled [at] short notice which makes it really hard as the pets have to have their paperwork and vet checks done within a certain timeframe relative to the flight,” she said.

Bianca Ho moved her five-year-old dog Caviar to the UK after waiting for more than six months for a place on a commercial airliner. “We were waiting for the pet cargo ticket for so long,” she said. “Even if it’s too expensive for us, it was a special experience . . . [and] we were very concerned about the dog being in cargo for 12-13 hours. My dog is very emotional and sensitive.”

Fri Jan 21 , 2022
A 10-year-old girl managed to survive 18 hours overnight in a freezing winter blizzard in Russia. Her survival secret: A stray dog.  After going missing from school in Uglegorsk, Russia, and getting caught in the freezing cold snow storm, the girl clung to the warmth of the stray animal before a […] 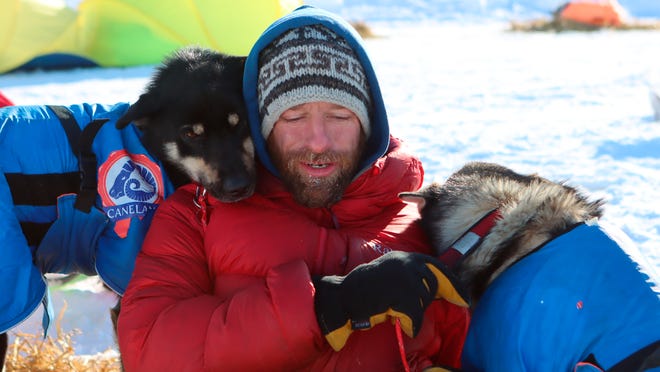