A heartbreaking call to 911 is made moments after a 4-year-old is attacked by a family friend’s dog.

It happened on Monday in an Edmond neighborhood.

“It’s such a miracle she didn’t lose her life, it was just traumatic,” said Edmond Police Department spokeswoman Emily Ward.

In the call, two women are heard desperately trying to free a little girl from the vicious grasp of a rottweiler, named Cowboy.

The woman nannying for the girl brought her to a home where her mother was dog-sitting.

“So neither the child nor the dog belonged at this house or had been around each other, said Ward.

Even so, they told police they trusted the animal.

“The women told us that they felt confident in the dog’s demeanor and that he was not aggressive,” said Ward.

Firefighters were first on scene after the dog suddenly turned.

“The dog began to nip at the little girl, and once the nanny tried to step in and stop it, it escalated from there and turned into an extremely vicious attack,” said Ward.

The women did everything in their power to stop the attack.

The dog was lunging at the firefighters that were protecting the victims. “Lunged at them several times,” said Edmond Fire Deputy Chief Chris Denton.

The dog was corralled into the home and animal control rushed in.

“Animal control they don’t get a whole lot of kudos, but them guys are heroes,” said Denton.

The dog is still in custody of Edmond Animal Services. A hearing is scheduled for March.

Sun Jan 30 , 2022
Katy tolerates a grooming session with Allegra Anderson at Ashland Pet Store. I should have known not to doubt Katy the cat. My adopted long-haired tabby was pretty sick for much of last summer. Her ongoing tummy issues morphed into five-day periods where Katy didn’t eat. That happened twice. The […] 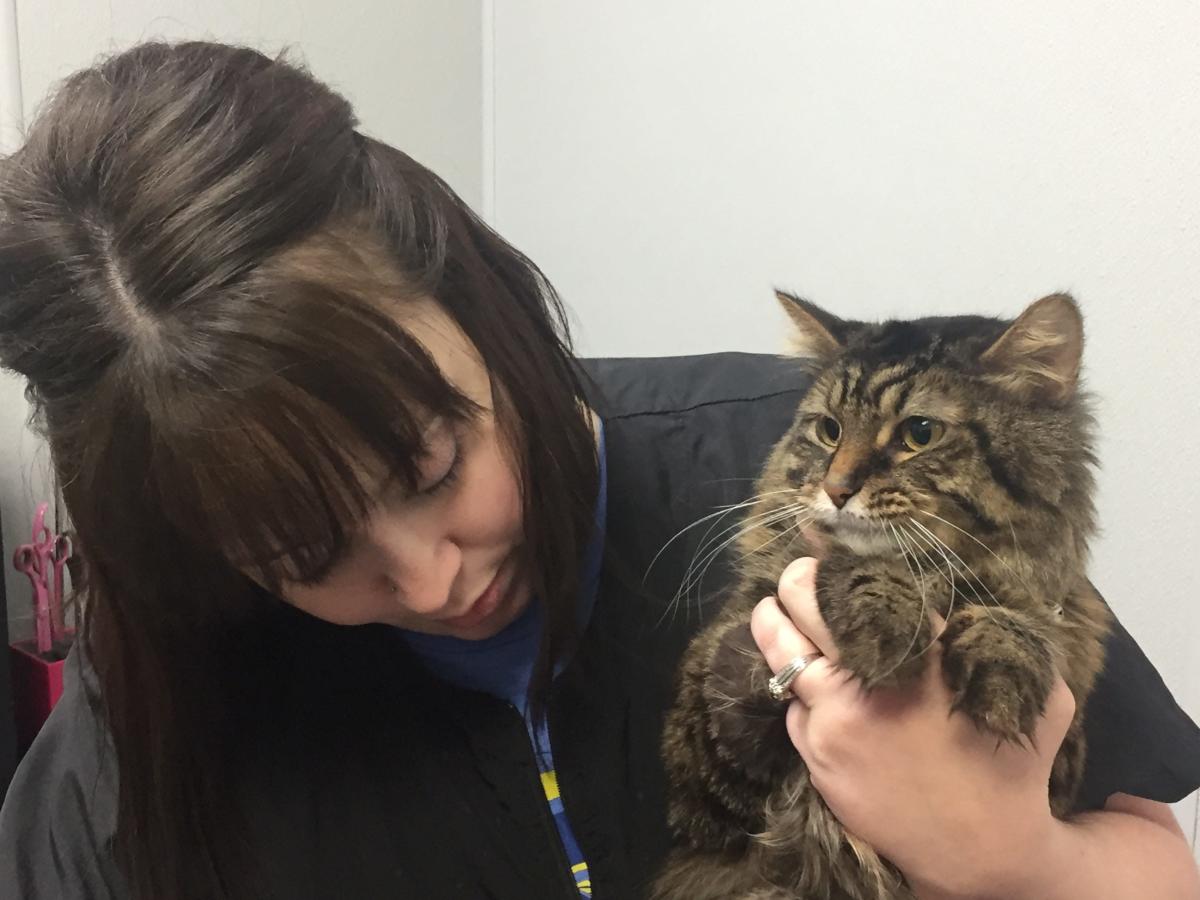