A dive instructor brought her dog with her on a trip off the coast of Australia and helped the animal make a new friend. Apparently, the beloved pet really enjoyed meeting a whale shark for the first time.

Jade Pursell captured a photo of her dog kissing a whale shark after it surfaced next to her boat near the Ningaloo Reef.
(@jadepursell_/Kennedy News /SWNS)

Jade Pursell captured a photo of her dog kissing a whale shark after it surfaced next to her boat near the Ningaloo Reef. According to Southwest News Service (SWNS), the 22-foot-long animal popped its head out of the water near where Sailor, a Labrador retriever, was sitting.

“Sailor had never met a whale shark before,” she said. “I always hoped she would but that was by far better than I had ever imagined. I was telling her not to touch it but neither of them listened to me. Sailor sniffed and kissed the shark.”

In a photo, the two animals can be seen touching their noses against each other.

“I was so happy,” Jade explained. “To see Sailor meet a whale shark, I honestly just felt overjoyed. Animals are incredible and it couldn’t have gone any better. I wondered if she knew or could smell that this was the animal I swim with every day. My initial worry was that she might take a leap of faith onto the shark or that she would touch it. Once the shark was so close to her I knew I had nothing to worry about.”

She continued, “It was such an innocent interaction, I felt so lucky to see it. To think Sailor is probably the only dog in the world to have kissed a whale shark is pretty special.”

‘The Electrical Life of Louis Wain’ Review: The Cat’s Meow

Sat Oct 23 , 2021
“Why cats?” This innocent question arrives midway through “The Electrical Life of Louis Wain,” hovering over it like a mischievous smile. For some of us, of course, the only answer to this query can be: “Why not?” The answer was far more complicated for the real Wain, a British artist […] 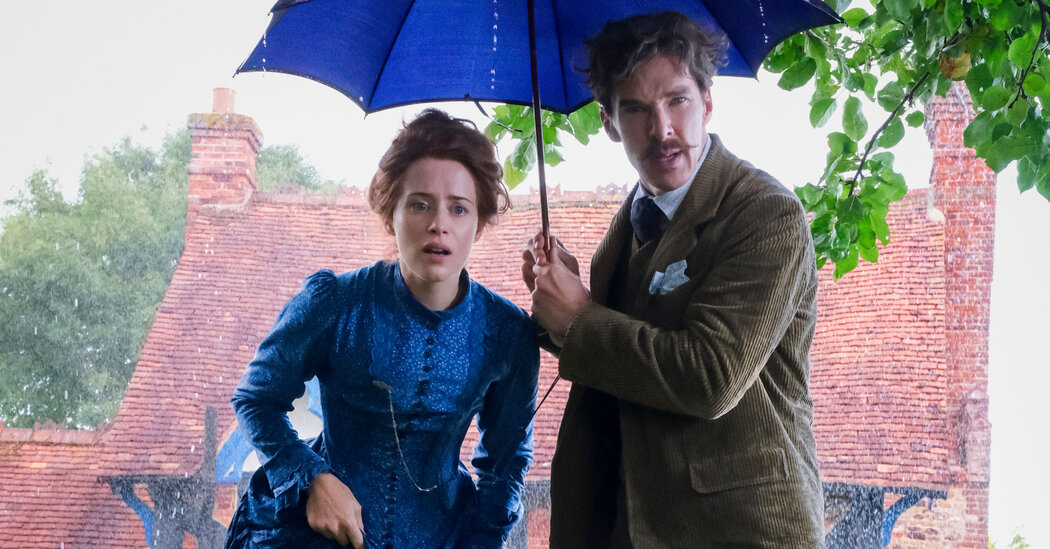