Taking a pet everywhere for emotional support, from aeroplanes to the daily shop, may be all the rage, but experts have warned animal welfare is at risk of being overlooked.

The use of emotional support animals has boomed in recent years, with myriad cases hitting the headlines, from the peacock denied a seat on a United Airlines plane, to the cat banned from Sainsbury’s.

But experts say the focus on human needs must not mean the potential impact on the animals themselves is overlooked.

“We need to be careful with our enthusiasm, and not lose sight of what the animal might need,” said Dr Elena Ratschen, associate professor in health services research at the University of York, whose work has explored animal-assisted interventions.

“We have a duty here to make sure the benefit of the human-animal relationship is reciprocal in the greatest possible way.”

Emotional support animals are not trained to aid their owners, as is the case for assistance animals such as guide dogs, and in many countries – including the UK – they are not covered by the same laws that protect assistance animals.

Instead, said Prof Janet Hoy-Gerlach of the University of Toledo, they are often pets who helps to mitigate the impact of their owner’s physical or mental health condition through everyday benefits of human-animal interaction.

A number of studies have suggested animal ownership may bring health benefits through various mechanisms, from companionship to boosting social interactions, exercise and a sense of purpose. Some studies have also suggested interactions with pets can bring positive effects, such as lowering blood pressure or increasing levels of oxytocin, a hormone associated with bonding.

However, Ratschen said it was challenging to conduct sufficiently large, randomised controlled studies around emotional support animals themselves. “It is incredibly difficult to conduct rigorous studies in this field,” she said.

Among research into the use of emotional support animals, is a pilot study by a team including Hoy-Gerlach that paired 11 participants with serious mental illness with a rescue dog or cat. The results suggest the participants experienced an improvement in their mental health wellbeing, with reductions seen in anxiety, depression, and loneliness – however, the pilot was small and lacked a control group.

A key concern raised by Hoy-Gerlach is animal welfare, noting that being out and about could put animals in situations that cause them stress, a particular concern where undomesticated animals are concerned.

“An emotional support animal isn’t trained to be out in public,” she said, adding by contrast service animals such as guide dogs are given plenty of preparation to help them cope.

Ratschen agreed. “If we then say [emotional support] animals are allowed to travel on aeroplanes, or enter, for example, crowded places where animals [are] not normally accepted, yes, of course, you could think that this will most likely incur substantial stress on them,” said Ratschen. “If you imagine the peacock on the plane, do you think the peacock enjoyed it? Probably not.”

Another fine mess: clearing up the dog poo problem | Dogs

Sun Jun 5 , 2022
Despite a frostily aloof demeanour, my dog, Oscar, is a prodigious pooper. I dread to think how much of my one wild and precious life has been spent standing in all weathers watching him squat, bony spine rounded, nether regions a-quiver, wondering what his stony stare conveys: shame, defiance, gratitude, […] 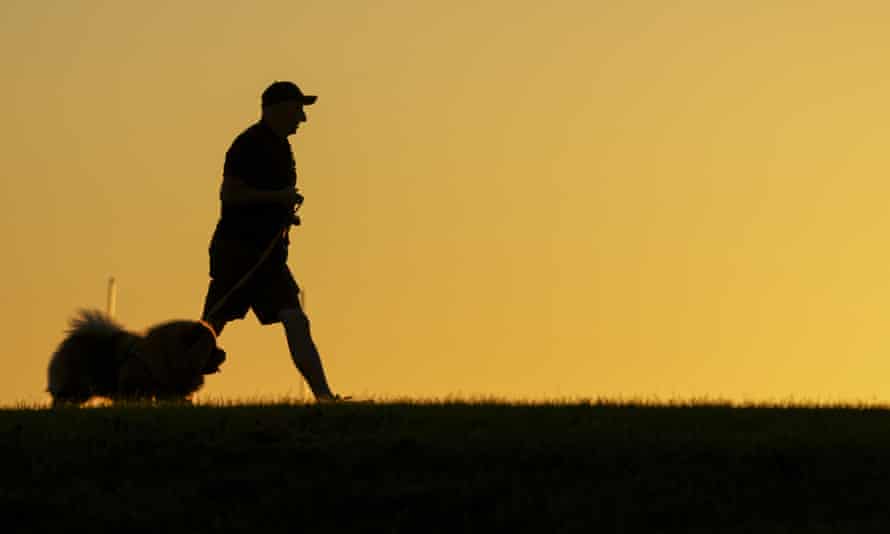