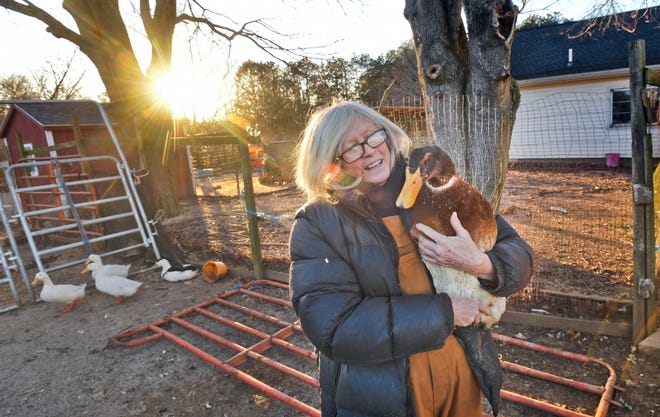 FALMOUTH — Beloved actress Betty White’s influence could make a difference in the lives of Cape Cod animals in need.

The Falmouth Betty White Challenge was added last weekend to a nationwide movement after Barbara Schneider, president of the board of trustees for the Falmouth Dog Park, brought together nine local organizations that help animals. She and those groups are asking for donations of as little as $5 — or of supplies or service time — to be made in the popular TV star’s name.

The donations would mark what would have been White’s 100th birthday Monday.

The long-lived comedy star best known for TV’s “The Mary Tyler Moore Show” and “Golden Girls” died Dec. 31 after decades of acting and good works. The #BettyWhiteChallenge idea started circulating on social media soon after as a way to celebrate her Jan. 17 centennial, and animal advocacy groups across the state and country have taken up the cause.

With all the national buzz, Schneider said, she saw the opportunity to make a difference close to home. After consulting with the groups, she said, she launched the local challenge page at falmouthdogpark.com/betty-white-challenge.html, put out the word on social media and immediately got a positive response.

“Betty White has just been, for those of us who work with animal welfare in any way, the one we looked up to as setting the bar. She’s just been phenomenal,” Schneider said. “And she kidded towards the end (of her life) that she really only kept working to support her animal welfare habit. She just has done tremendous amounts for so many different animals.”

Officials at the MSPCA Adoption Centers & Programs said they are grateful to be a beneficiary of the Falmouth Betty White Challenge and that the statewide organization had, as of Tuesday morning, already received $1,000 in donations in White’s name.

“Betty White was an incredible champion for animals, and her passing has inspired many of her fans to pay tribute to her by doing something to help animals!” Heather Robertson, director of development and marketing for the MSPCA, said by email. Besides donations, “it has been touching to read the sweet notes that have accompanied some of the gifts.”

White adopted dozens of shelter animals herself, hosted a 1970s TV show called “The Pet Set,” and took on award-winning advocacy that, according to reports about her death, included for American Humane; the Los Angeles Zoo & Botanical Gardens (where she was an honorary zookeeper); the Morris Animal Foundation, which does research for animal health; Guide Dogs for the Blind; and the Seeing Eye guide dog school.

The #BettyWhiteChallenge:Adopt pets, donate on Jan. 17, the day she would have turned 100

How to help the Falmouth groups

The other organizations involved in the Falmouth-based effort to honor White include Friends of Falmouth Dogs, People for Cats and Serenity Farms, which all rescue and provide care for local dogs, cats and domestic and farm animals; Yarmouth Port-based International Fund for Animal Welfare, which focuses on rescuing marine mammals; and the Cape Wildlife Center.

Schneider also included the Falmouth Service Center, which provides food for pets in need; the Falmouth Dog Park, which she said provides a safe place for dogs to get exercise and socialization; and the new Osprey Project, which aims to provide safer nesting sites for local osprey that have been nesting on utility poles.

On that webpage, she linked information about the organizations and contact details as a one-stop way for donors to learn more about animal efforts and organizations and contribute in some way. There are also requests: Friends of Falmouth Dogs, for example, has a wish list of Martingale collars from small to large; 5- and 6-foot sturdy leashes; and gift cards to stores Petco, Falmouth Pet Center or Uptown Dog.

Besides getting supplies from those stores for the dogs they care for in the shelter or foster homes, said Anna dos Santos, president of the Friends of Falmouth Dogs board of directors, the small, all-volunteer organization offers food vouchers to such stores and money for veterinary help to the increased number of people who have had trouble financially caring for their dogs during the pandemic.

Dos Santos said she was grateful for Schneider bringing the groups together under one umbrella for this challenge so supporters could more easily determine what way they’d like to honor the TV star’s advocacy for animals. “Thank you to Betty White for being such a wonderful animal lover,” she said. “We’re glad to carry on her good work.”

The idea to partner for the challenge, Schneider said, came about because she has worked with most of the local organizations involved. “I just thought, you know, we always operate individually and in a bubble. We should be working as a team on this and bring ourselves to the awareness of everyone in the town.”

The Rev. Nell Fields, minister at Waquoit Congregational Church that has long supported animal causes, said she saw a wider message when she talked about the challenge last weekend with her church community.

“Who doesn’t love Betty White and and everything that she stands for?” Fields asked. “Even though Betty White had this wonderful, funny edge to her, she was all about kindness and she was all about love and all about helping creatures, both human and animals … that needed a little raising up. So we enthusiastically embraced” the project.

That can be particularly important as COVID-19 cases surge. “We are reminded in times such as this of the fragility of life itself, and how we’re all interconnected,” she said. Referring to the Osprey Project, she said, “These osprey are so big and majestic and powerful in the sky but they need our help. … It just shows that we can’t do this, we don’t go this way, alone and that we all need each other, we’re interconnected. And anything that motivates us to see that once again is a beautiful thing.”

Awareness and other benefits

Anne Jennings, founder of Serenity Farm, said she thought it was “fabulous” that Schneider brought the local organizations together for this effort and while she would be grateful for monetary donations now and in the future, she also has a wish list for supplies.

Any money raised through the challenge goes to individual organizations so Schneider said she doesn’t know details of the financial impact so far, but she said she’s been thrilled by the awareness reaction after her Betty White Challenge posts began to be widely shared on social media.

“It’s been wonderful. I’ve been getting ‘Thank you so much, I had no idea what those groups did’ … so it’s been good,” she said. She hopes “this is a great push for them, and … that they see some bags of food delivered to the service center as well, or some phone calls made for volunteer hours. (The Betty White Challenge idea) seems to get a really positive thumbs-up all over the place and I’m finding that, if nothing else, I’ve helped educate people that they really do have these groups that are working hard for the animals here.”

A White fan herself, Jennings said that besides donations, she believes the challenge will benefit groups through visibility.

“There are a lot of people who aren’t aware of how many small rescues that there are, and it’s nice to donate locally into your community,” she said. “With (some of) these big companies, half the money doesn’t even get to the animals, so it’s nice to help grassroots, community-based rescues. … I think that’s where people should send their money, regardless of which one it is.”

Some of the animal-rescue groups themselves are also honoring White’s centennial in other ways.

The MSPCA has launched an effort to provide 100,000 pet meals to help pet owners in need of assistance, and director of communications Rob Halpin said that effort will continue past White’s birthday. To help, pet food can be purchased and donated via mspca.org/wishlist.

Leach Animal Hospital in Mashpee is one local veterinary office that is pitching in, asking via Facebook on Sunday for donations that staff will then deliver to MSCPA Cape Cod on the birthday Monday “in honor of the late and fabulous humanitarian, animal advocate, and iconic actress Betty White.” The staff has also been focusing on communicating about pet adoption this week and, the post said, “We hope to give our community ideas for where they can donate funds or wish list items to make the biggest impact in honor of Betty’s lifelong efforts to animals.”

And the overall MSCPA organization has one more birthday present for White.

Four adoptable animals have been named for the main characters of her “Golden Girls” TV show, with Dorothy, Sophia and Blanche looking for a home and Rose — representing White’s own charming character — to be highlighted on Monday. 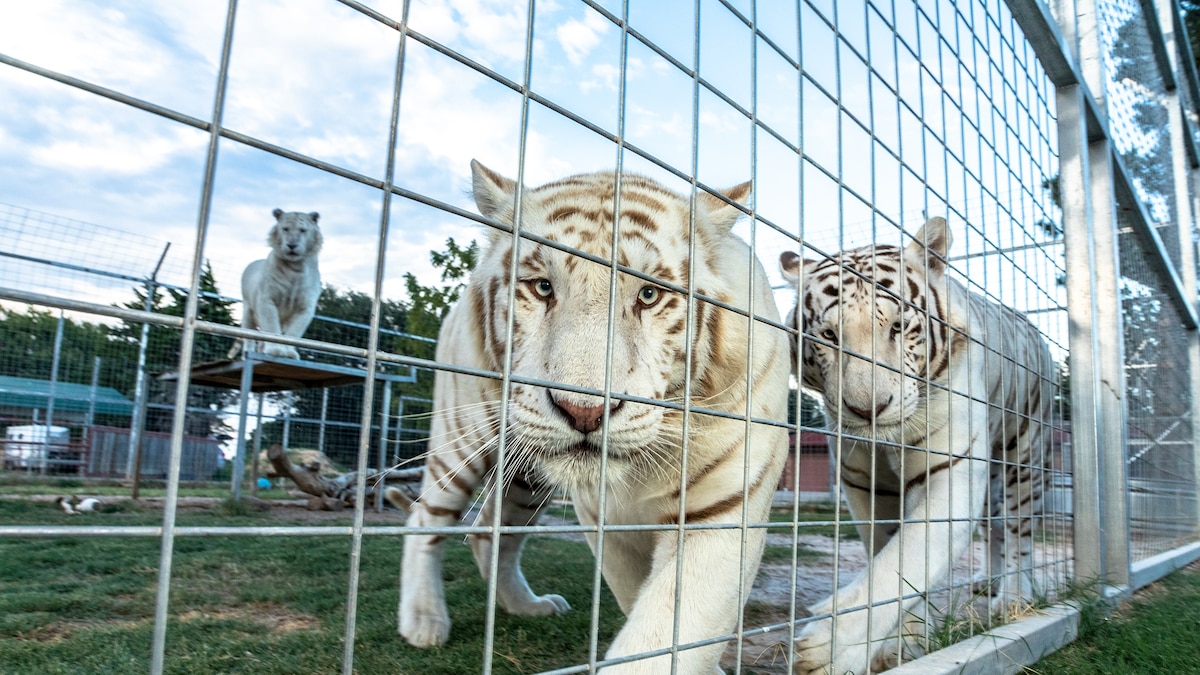