Washington, DC—The Animal Welfare Institute (AWI) is urging the US Department of Commerce and the US Department of Agriculture to initiate enforcement actions against Miami Seaquarium (MSQ) for failing to protect the health and welfare of its animals, particularly Toki (also known as Tokitae, Lolita, and Sk’aliCh’elh-tenaut), the world’s oldest captive orca.

Toki has been languishing in the world’s smallest orca tank for half a century. The USDA’s Animal and Plant Health Inspection Service (APHIS) is responsible for administering the Animal Welfare Act through regulations specific to marine mammals such as Toki. The Commerce Department’s National Marine Fisheries Service (NMFS) is responsible for administering the Endangered Species Act (ESA) for most marine mammals, including orcas. Toki is listed as endangered under the ESA, as she is part of the southern resident killer whale population off the coast of Washington state. Her ESA status entitles her to additional protections beyond what the law requires for most captive marine mammals.

In separate letters delivered Thursday to APHIS and Commerce Secretary Gina Raimondo, AWI notes that Toki is in imminent danger given her age (56) and pre-existing health conditions. The letters reference a June 8 USDA inspection report, released to the public last month, which details how MSQ repeatedly violated AWA regulations and disregarded its own veterinarian’s recommendations for proper animal care.

Among the serious infractions cited by the inspector, MSQ required Toki to perform moves, ill-advised for her age, that resulted in a jaw injury; fed her rotting fish for as many as eight days, leading to inflammation; maintained poor water quality in tanks; and reduced Toki’s daily fish intake by 30 pounds, prompting veterinary concerns about dehydration.

“This is, unequivocally, one of the worst inspection reports I have seen of a US marine mammal facility over my 30-year career,” said Dr. Naomi Rose, AWI’s marine mammal biologist. “How is it that MSQ—after such egregious regulatory infractions and mistreatment of its animals, including a geriatric orca—still has its federal exhibitor’s license?”

Moreover, five bottlenose dolphins and a sea lion pup died at the Virginia Keys facility during a recent 15-month period—three of them from fights with other animals after MSQ failed to keep track of which dolphins were in which enclosures.

AWI initially contacted APHIS in July regarding MSQ’s failure to provide adequate veterinary care. MSQ, which is owned by Palace Entertainment of West Mifflin, PA, continues to advertise that it is Humane Certified by American Humane and accredited by the Alliance of Marine Mammal Parks and Aquariums. AWI is aware that Palace Entertainment is in the process of selling MSQ to The Dolphin Company, but this transaction should not delay enforcement action.

AWI’s recent letters note that confiscation is a viable option for Toki, as there are other locations where she could be sent, so the argument that there is nowhere else she could go is false. MSQ ignored its own veterinarian’s advice, and thus cannot be relied on to follow federal corrective action plans.

“MSQ has long benefited from toothless enforcement by federal regulators,” Rose said.
“It’s past time for this troubled facility to be held accountable for inflicting serious harm on Toki.”

The Animal Welfare Institute (awionline.org) is a nonprofit charitable organization founded in 1951 and dedicated to reducing animal suffering caused by people. AWI engages policymakers, scientists, industry, and the public to achieve better treatment of animals everywhere—in the laboratory, on the farm, in commerce, at home, and in the wild. Follow us on Facebook, Twitter, and Instagram for updates and other important animal protection news.

Sat Oct 23 , 2021
Adam Christman, DVM, MBA: Hey everyone, welcome back to The Vet Blast Podcast. This episode is brought to you by our friends from Vetoquinol. Thank you so much for sponsoring this podcast, because we are going to be talking about supplements too. Where do we begin and how do we […] 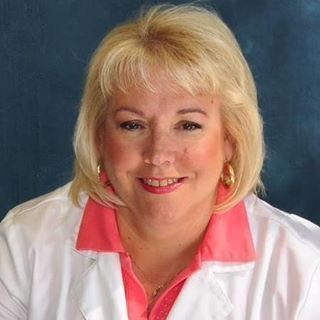