The Harrison commissioners approved the addition of a pet day care and boarding service at an existing dog training business in the township.

Ringer’s Pet Dog Training, at 3041 Freeport Road, is expected to open for business Friday morning with the additional services, which owner Kim Ringer wasn’t allowed to offer until she got the township’s approval.

The expansive site, next to a Sunoco gas station, formerly housed a car dealership and, prior to that, an Altmeyer’s home goods store.

In February, Ringer got initial approval from the township commissioners to move the project forward when they voted 5-0 to rezone the property from B-1 to S-1, allowing pet day care services.

Then, a few weeks ago, Ringer received a conditional use approval from the township’s planning commission, providing several conditions were met.

They included a noise buffer, solid fencing and that the property met state code requirements for zoning and planning.

Ringer presented the township commissioners documents at a special meeting Wednesday evening showing she was complying with all those requirements.

Ringer equipped the property with a 120-by-75-foot fenced in play area at the rear of the building and a similar area indoors.

The buffer zone features 47 trees, including 36 pine trees. There is a fence with a self-latching gate about 200 feet from residential properties and it’s at least 14 feet from the neighboring Sunoco gas station property.

In addition, there will be at least one certified trainer per 15 dogs.

“This seems to be rather thorough,” Commissioner Charles Dizard said. “I’d like to compliment your tenacity (and) for hanging in there.”

Ringer has owned the pet business for 26 years, which has another site at the corner of East Sixth Avenue and Corbet Street in Tarentum.

Since purchasing the Harrison building in 2015, it has been Ringer’s intention to centralize operations. There’s room for her retail store and dog training facilities, along with space for the pet day care.

A public hearing took place Wednesday at the Harrison Township Municipal Building prior to the vote. Commissioners wasted no time afterward approving the only issue on the agenda.

“It was easy because we were in favor as long as we followed all the procedures,” commissioners Chairman Gary Meanor said. “Everybody was in agreement trying to help this. She did a great job. She did her due diligence and there were no holes in her presentation.

“She has a great reputation with the business that’s been in Tarentum for years, and I think it’s wonderful that she’s bringing that up here in the (Natrona) Heights.”

A resident, who only identified herself as Paula D., testified that Ringer’s business is needed.

“It’s great to see new businesses here in this area,” she said. “We need it. We definitely need some new businesses. Not only just to bring the people in. It’s a business that’s going to be used.”

Resident Zachary Meso testified he recently moved to Harrison and had concerns about noise from the dogs that may be at the business.

Dawn Severa testified she has lived next to the Tarentum location for years and “you won’t lose a night of sleep (as a result of the dogs).”

Others also testified about noise not being an issue.

Ringer said township residents will hear more from truck traffic and people in the street and on their properties in the summer than her business.

“The noise in that neighborhood is going to get drastically worse, and it’s not from my dogs,” she said. “As soon as the weather breaks, you’re going to have people standing out in the middle of that street yelling and screaming and cussing in their phones. … My dogs are going to be the least amount of activity you need to worry about in the neighborhood.”

After the vote, Ringer thanked her supporters and shared excitement about the additional services.

“We’re going to have to change somethings around and get used to new procedures, but it’s a new beginning,” Ringer said. “I have a very strong supportive customer base. I’ve been in business for 26 years. I’m on second and third generation of pets for some of the owners.”

Michael DiVittorio is a Tribune-Review staff writer. You can contact Michael at 412-871-2367, [email protected] or via Twitter .

Sun Apr 3 , 2022
HUNTSVILLE, Ala. (NewsNation) — Animal activist Carole Baskin is speaking out after a reported attack at an exotic pet store in Alabama. Huntsville, Alabama, mother Shelby Rood said she recently went to 256Exotics to buy a mouse for her family’s pet snake. While at the shop, Rood told WHNT it […] 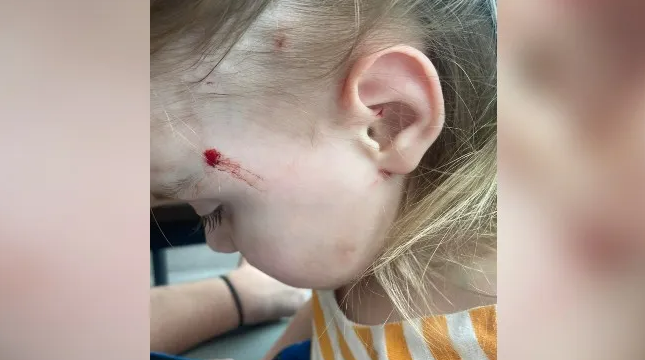