RICHFIELD, Minn — If you own a dog, you might notice a new sticker on your mailbox.

It’s from the United States Postal Service to try and cut down on the rising number of mail carriers being bitten by dogs, which an issue the USPS says is the biggest safety threat on the job.

In Richfield, Rachel Kiley and her roommate live with their four-legged friend, Blue.

Kiley rescued the 4-year-old after fostering another dog last year, who she says spooked their mail carrier.

“She did bark and run up to the mailman a little bit,” said Kiley. “She wasn’t going to do anything, I knew that, he maybe didn’t know that.”

She says the mail carrier then pepper sprayed that foster dog named Luna.

To make sure that didn’t happen again, Kiley moved her mailbox from the front of the house to the street. And now that new mailbox is adorned with a new orange sticker from the USPS that alerts mail carriers she has a dog.

“I will say if you don’t know a dog, you don’t know what it’s capable of, I can imagine it can be a little nerve-wracking for some people,” said Kiley.

The USPS launched the new Dog Paw Program in the Twin Cities metro across ZIP codes in the 551 and 554 area.

It says 32 mail carriers have been bitten in the Twin Cities so far this year, which is up from 19 all of last year.

“I know a lot of people got dogs last year and they may have not been well socialized because we couldn’t socialize them,” said Kiley. “I can imagine that has affected the dog bites.”

Besides orange, there’s also a yellow one that cautions carriers there’s a dog at the next house. Customers are supposed to be notified with postcards. Kiley and several of her neighbors say they never got one.

To avoid future clashes, some of Kiley’s neighbors have opted out of the sticker and delivery all together and instead are paying a fee to pick up their mail at a PO Box.

In a news release, the USPS writes, “When used in conjunction with other methods, such as local alerts as postal employees approach the house and written notification cards within the mail, this program has been successful in other locations that have seen high dog bite rates.”

Mon Nov 1 , 2021
A United States Army specialist found the purr-fect pet while serving overseas — and now seeks financial support to help bring the kitty home. Spc. Kaiden befriended the striped tabby named Tiger while on deployment after noticing the feline would hang around his base of operations but run scared whenever […] 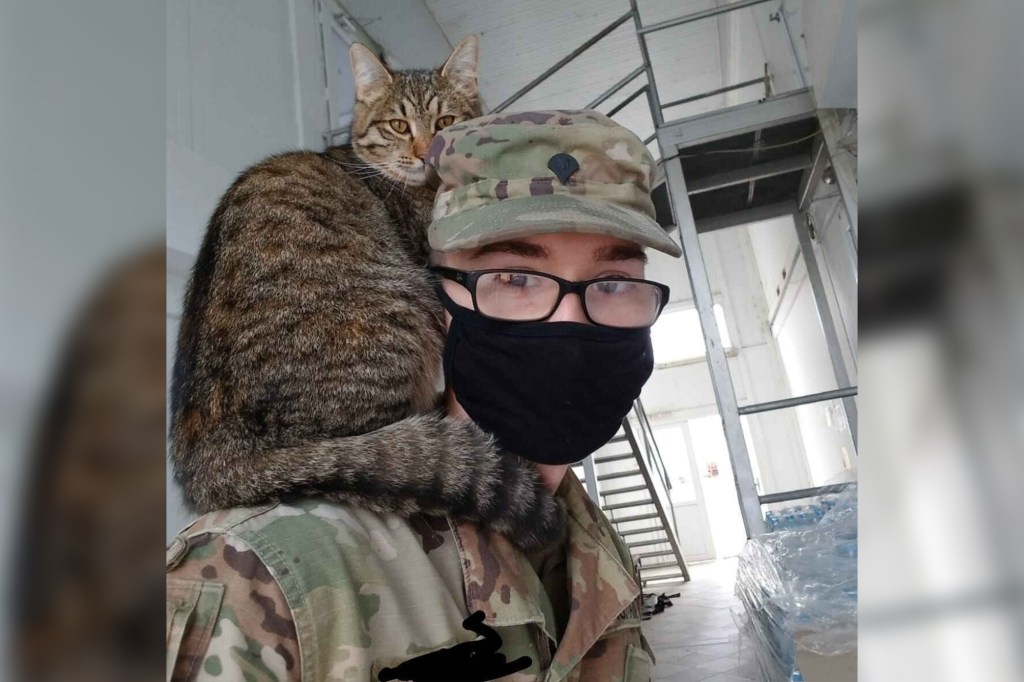