A resident walks her dogs in Beijing. Municipal authorities in the city of Shangrao apologized and posted a statement online saying that workers who killed a dog while its owner was away in quarantine had been fired.

A resident walks her dogs in Beijing. Municipal authorities in the city of Shangrao apologized and posted a statement online saying that workers who killed a dog while its owner was away in quarantine had been fired.

BEIJING — Local health workers in some Chinese cities are breaking into people’s homes and killing their pets while the owners are in quarantine, prompting outrage online.

In one case, a dog owner named Ms Fu witnessed through her home security camera as people clothed in hazmat suits entered her home and beat her pet corgi to death with iron rods while she was away in a quarantine facility. She tested negative for the coronavirus.

“The dog ran into another room and out of sight, but its whimpers were audible. After a few minutes, the workers took out yellow plastic bags and said they were taking the dog away,” Fu wrote in a long social media post. Her security camera video has gone viral on China’s social media site Weibo, attracting millions of views from internet users who are largely furious with the way cats and dogs have been disposed of out of fears the animals could transmit the novel coronavirus to humans.

Under immense pressure to keep COVID-19 infections near zero, local health authorities have been taking extreme measures to prevent local transmissions. In the northern city of Harbin, a woman reported that her three cats were killed in September while she was completing quarantine, garnering anger online as well. Authorities in the cities of Chengdu and Wuxi have similarly entered private homes while their owners are in quarantine and killed their cats.

The U.S. Centers for Disease Control and Prevention says people can transmit the coronavirus to their dogs and cats, though the chance of infection happening the other way around is “low.” Various studies suggest transmission from pets to their owners is “unlikely” and lacks evidence.

Fu wrote that she was suddenly called to quarantine in the city of Shangrao after contact tracers found she had been in close contact with someone who was later diagnosed with COVID-19. She was not able to quarantine with her dog, but community workers assured her the corgi would be taken care of in her home while she was away.

Shangrao municipal authorities later apologized and said the workers who killed Fu’s dog had been fired for “the harmless disposal of a pet dog without having fully communicated with the pet owner,” according to a statement posted online.

This story originally appeared on the Morning Edition live blog.

Fri Nov 19 , 2021
A cat who appeared deep in contemplation about her life choices while surrounded by a busy litter of kittens has gone viral on Twitter. Cats are notoriously hard to read. According to the Royal Society for the Prevention of Cruelty to Animals: “A cat’s body language can be subtle, meaning […] 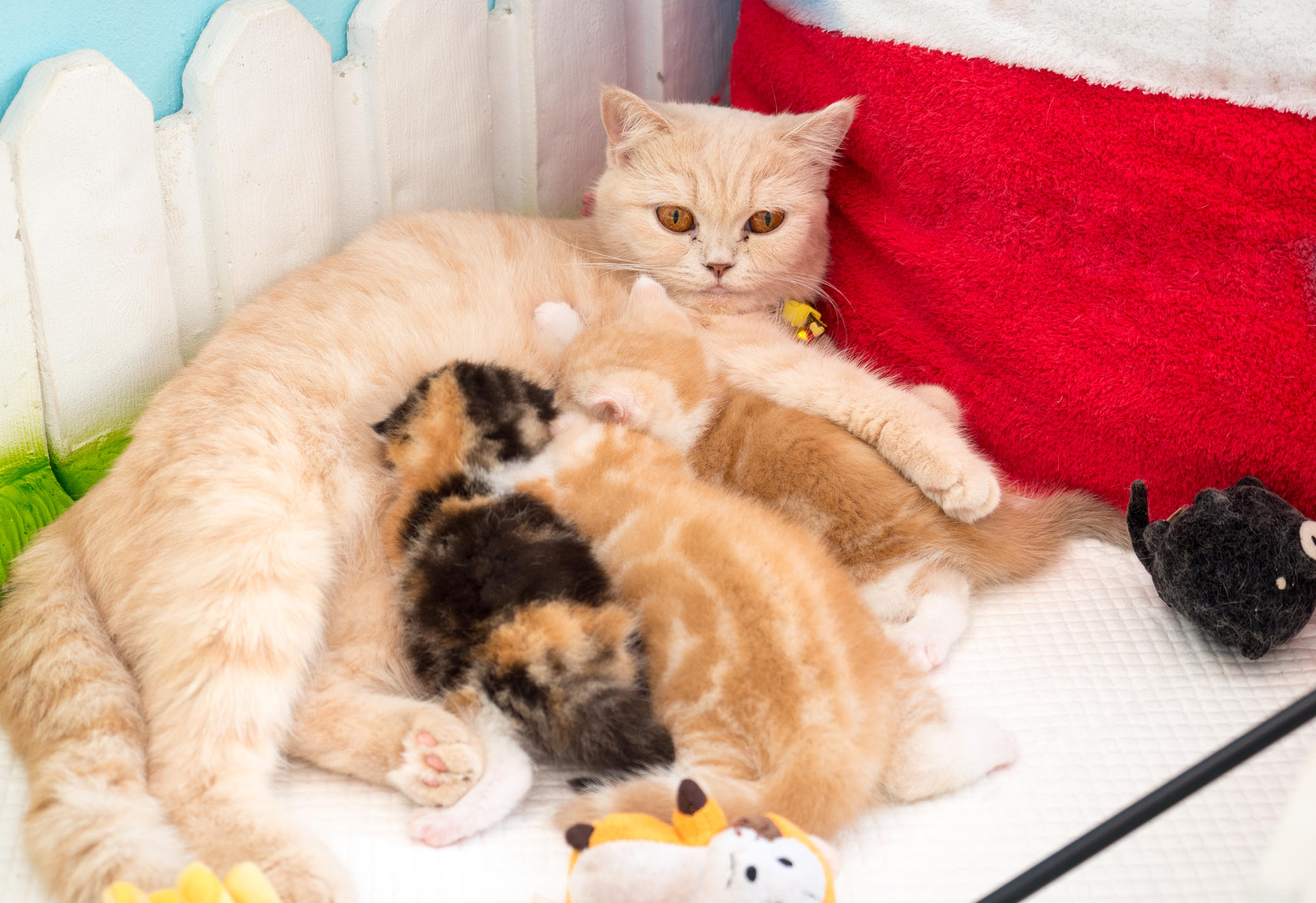