A cat’s love affair with his automatic feeding bowl has left the internet in stitches after a TikTok video of his reaction to the feeder has gone viral.

TikTok user couvieandkitty—who also goes by the name Alana C on the video-sharing app—posted the video on Wednesday. It now has over 5.2 million views and 1 million likes.

Shared with the caption “Beano: ‘Restraint? Never heard of it,'” the video mixes multiple clips of Beano the cat reacting to the sound of his automatic feeding bowl opening. The black cat lives in Ottawa with his owners and has thrilled TikTok with his hilarious antics.

“Why do cats act like they’re never fed,” wrote one commenter. “My two literally be lying beside their bowls screaming if I am 1 minute late with breakfast.”

“The fast and the furriest,” joked another TikToker.

Automatic feeders have seen increasing popularity in recent years, with some smart models selling for as much as $200—allowing you to feed your feline friend with an app on your phone and even monitor what they eat and when.

Other users shared how their cats are also big fans of their automatic bowls. One commenter wrote: “My favorite time of day is when the automatic feeder goes off and I see my cat tokyo drifting through the apartment just like this.” Another shared: “Mine is the same!”

It’s no surprise that Beano can tell when it’s time for dinner. As his automatic feeder opens, even if we can’t hear it, he can. Cat’s can hear in much lower and higher frequencies than people and even dogs. The average hearing range of a cat is around 45Hz to 64kHz, while the range of human hearing is around 20Hz to 20kHz.

Plus, it isn’t just the frequency that gives our feline friends super hearing—FAQ cats reports that cats can hear between 720 and 900 m (around 2,400 to 3,000 feet). That’s roughly four to five times farther than humans can.

Other viewers of the viral video joked about the relatability of the cat’s hilarious reaction.

One user wrote: “Me Friday evening when my husband opens the wine bottle,” while another said: “Same reaction I have when my doordash knocks on the door”

Another cat’s hand-made clothing delighted the internet this week in a viral post. Another kitty had instant regret after jumping onto a ceiling fan in a hilarious fail.

Sat Feb 26 , 2022
CORPUS CHRISTI, Texas — The Corpus Christi Animal Care Services is hosting a Volunteer Open House on Saturday, Feb. 26. The community will have the opportunity to learn how to apply to become a volunteer and why it’s so crucial to the city of Corpus Christi. Staff from CC Animal […] 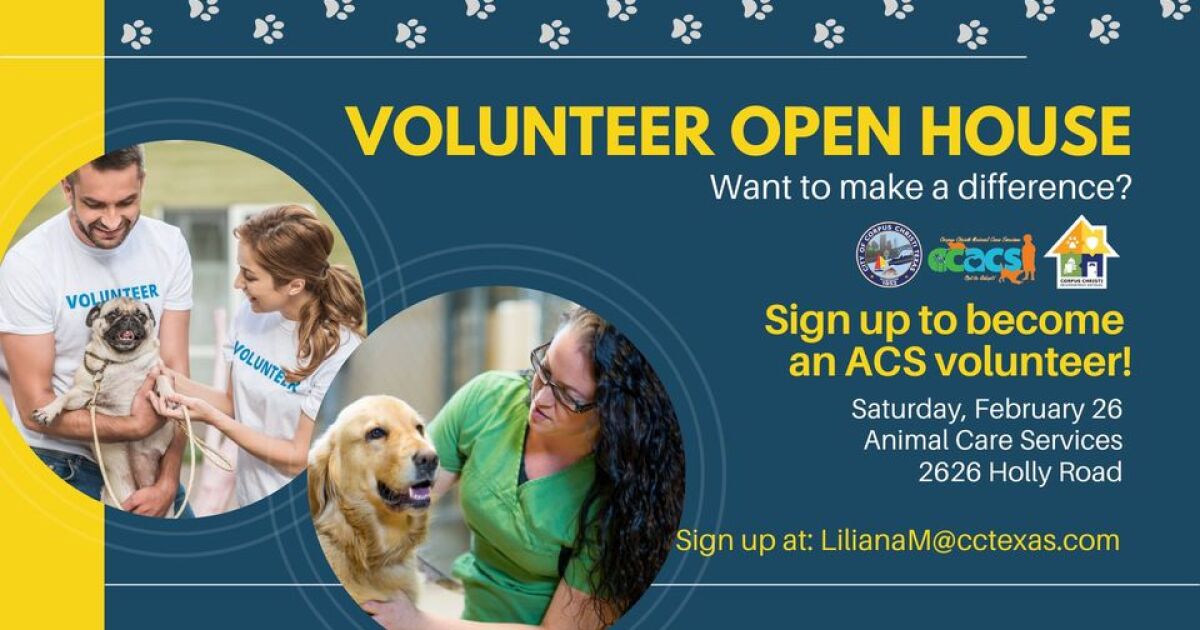