The new year will bring a host of new laws that take effect starting Saturday on issues from surprise medical bills to restraints for the family pet.

Protections from unexpected medical bills kick in on New Year’s Day. A new federal law, the No Surprises Act, requires insurance companies to cover even out-of-network expenses that can sneak up, especially in emergencies.

Two-thirds of adults fear unforeseen medical costs, according to the Kaiser Family Foundation. It said bills for one-fifth of emergency treatments and one-sixth of in-network hospitalizations include at least one out-of-network charge.

In Ohio, students entering high school in the new year won’t be allowed to graduate until they complete a course in financial literacy, covering such adult issues as taxes, interest rates and getting a loan. Sponsors of the legislation said the state has a duty to prepare young people for success.

“I would say, yes, undoubtedly the most important, because it helps you manage your money,” he said.

As of January, it will be illegal to chain up a dog in Texas. Any outdoor restraint must be lighter and more flexible, and dogs must have adequate shelter, shade and water. Fines can go as high as $500 for first offenses, and repeat offenders could get jail time.

“Too many dogs are seen like burglar alarms or some sort of security device instead of the living beings that they are, and they’re kept in chains,” said Rachel Wolf of VOICE for Animals, an animal rights group.

Gov. Greg Abbott, who first vetoed the law, signed a new version after he was hit by a blizzard of tweets with the hashtag #AbbottHatesDogs.

A new law in Nevada makes it illegal for insurance companies to deny coverage to homeowners or charge more based on their dogs’ breeds. Insurers say they need to be able to account for the potential liability brought on by potentially aggressive animals, but supporters said the law protects pet owners from “breed discrimination.”

Washington state, home to tech giants, has a new law requiring anyone selling a house to disclose whether the property has access to internet service.

“During the pandemic, the lack of internet access was a problem in many regions of our state,” said Rep. Carolyn Eslick, a sponsor of the law. She said it ensures that homebuyers get full disclosure of high-speed internet access in sellers’ statements “before signing on the bottom line.”

Florida will now require child care providers to install alarms in any car, bus or van that will alert drivers to make sure everyone is out before they lock up. The law is intended to reduce deaths of children who are accidentally left in hot cars.

State Sen. Linda Stewart of Orlando started working on the measure after the death of a 3-year-old boy who was locked in the back seat of a van for more than 12 hours. “It saves lives. It’s at a very small cost to the day care operator,” she said.

Utah becomes the first state to require makers and distributors of clothes and bedding filled with down or other material to include a label showing that the fill material was sterilized to ensure its safety. The law will apply to quilted bed covers and down jackets known as puffer coats.

And Oregon says “cheers” by allowing bars and restaurants to sell cocktails-to-go even after the pandemic ends. Drinks must be sold in sealed containers — to be opened at home, where they can help toast the New Year.

The Distilled Spirits Council of the United States said 15 other states enacted similar measures, which it said “served as a critical lifeline for restaurants during the pandemic and continue to provide an important source of revenue as they begin to bounce back.”

Pete Williams is an NBC News correspondent who covers the Justice Department and the Supreme Court, based in Washington.

Fri Dec 31 , 2021
By Heather Leah, WRAL multiplatform producer Raleigh, N.C. — Just in time for the New Year, and within only a few days of Christmas, The SPCA of Wake County granted the final wish of a 10-year-old rescue dog with cancer. Earlier in the week, they had posted a plea on […] 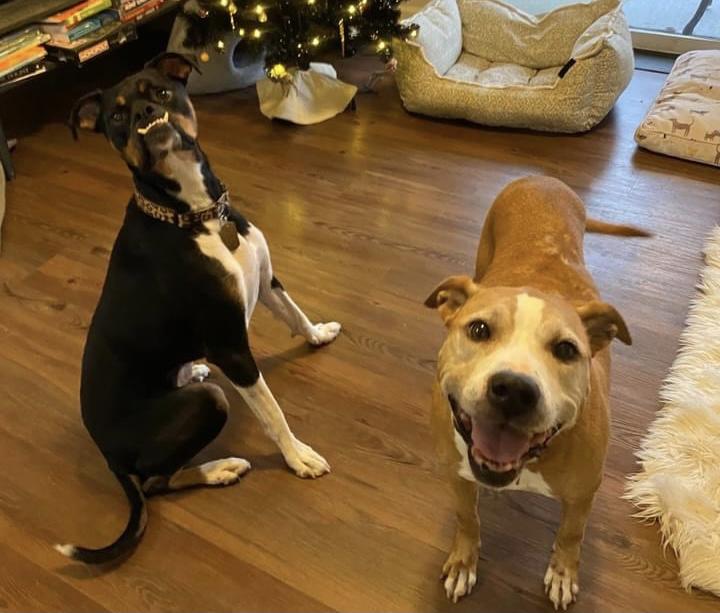