Smith, who has been a nurse for 12 years, said she could tell he was concerned and also scared about what would happen to Boomer.

“He took a breath and asked me, ‘Will you take care of Boomer?’ And I said, ‘Of course, John. I will find Boomer and take care of him for you,'” Smith told CNN.

Smith had met Burley at the Grand Rehabilitation and Nursing Center in Rome, New York, through its adult day healthcare program, which is for patients requiring supervision, and which allows them to socialize with others while receiving medical care.

The 60-year-old still had his own apartment where he lived alone with his little mutt. Burley had adopted the 12-year-old dog in Arkansas when he was a puppy and later moved to New York. Most of his family still lives in Arkansas, so when he was hospitalized for pneumonia and lung problems, he had no one to take care of his dog. No one — except Smith.

Smith says that she formed a friendship with Burley in the adult daycare program and he would often talk about Boomer, showing off pictures of his furry companion. “I couldn’t separate the two of them. I just couldn’t.”

Burley didn’t know which shelter Boomer was in. Smith immediately looked up nearby animal shelters and when she called the Rome Humane Society, she discovered he’d been taken there.

“I was a little panicked because I didn’t know how long he had been in the shelter or if he had already been adopted to another family. It’s Christmas time and people get animals,” she said. “I told John I have a 13-year-old dog myself who I’ve had since a puppy, so I fully understand the panic. It made my heart sad for him and Boomer.”

She took an early lunch the next day and drove to the shelter where she found 18-pound Boomer in a large cage in the back. Smith said, “OK, where are the adoption papers? I’m going to take him home.”

Although he wasn’t quite ready to be released from the shelter, Smith immediately called Burley to let him know she’d found Boomer, he was OK and she would be bringing him home soon. A short while later, Boomer was set up at Smith’s home and making friends with her dog.

“It was one less worry that John has, and he needs to focus on getting better and taking care of himself and know Boomer is in good hands,” Smith said.

Burley is now temporarily living in the rehabilitation wing of the center. It’s uncertain where he’ll live after he is released. But while he is there, Smith is able to bring Boomer to work with her. She takes him up to Burley’s room a couple times a day. “It helps John with the healing process and gives him peace of mind,” Smith said.

The other residents love Boomer, too. Smith says that Burley is proud to show off Boomer as he rides on his lap in the wheelchair. They smile and pet him.

“There are just so many worries in the world right now. If I can take one worry away from John, that’s the least I can do,” she said. “I can’t cure diseases. I’m not a miracle worker … I made a promise to John to take care of Boomer. I will take care of him as long as he needs me to. John knows that. Right now the focus is on John getting better and taking it one day at a time.”

Smith’s kindness hasn’t gone unnoticed. Burley, who struggles a bit with speech, had an important thing to say: “I love Jennifer.”

“John seeing Boomer, that’s the only Christmas present I need right now,” said Smith who, not surprisingly, said she pursued a career in nursing so she could help people.

Tue Dec 28 , 2021
In Maine, it is inevitable that wild animals and household pets occasionally cross paths. Often it occurs under the cover of darkness, or far enough into the woods that we don’t see those interactions. That’s why Carolyn Meadow of Saco enjoys seeing the photos of all the creatures that walk past […] 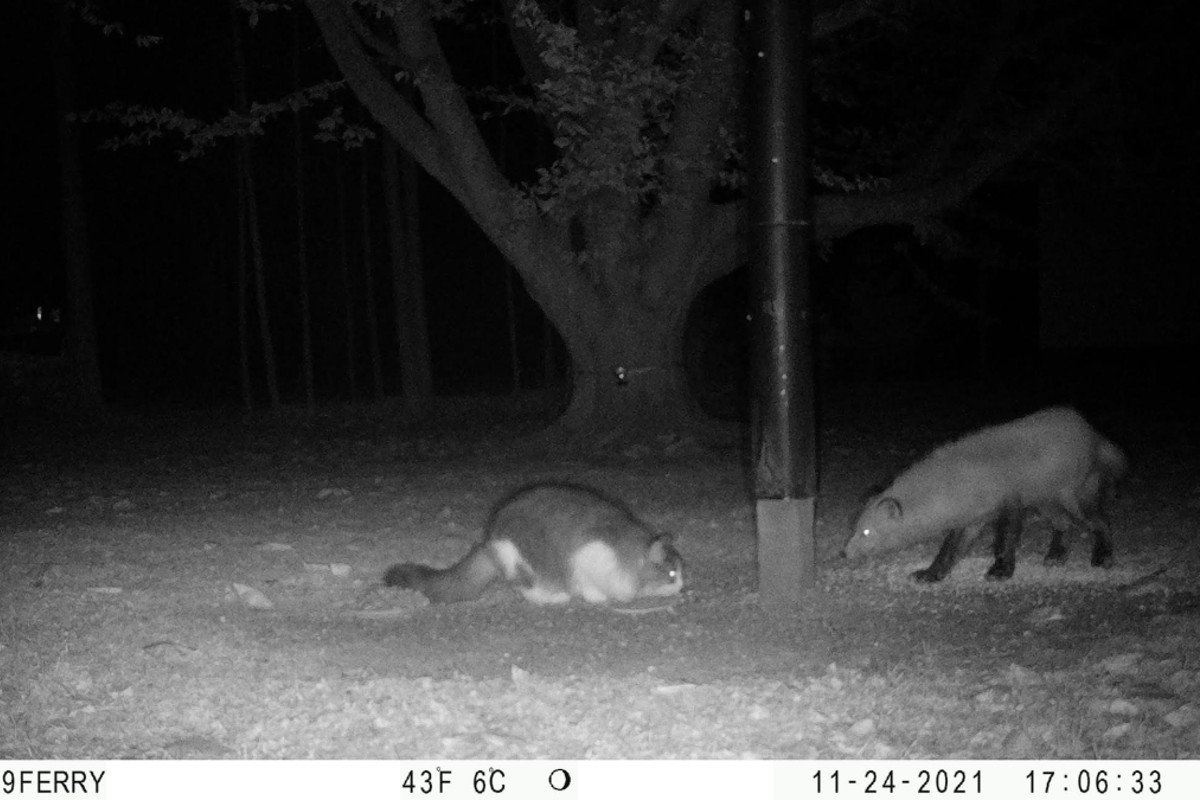