The term “nutraceutical” was coined in 1989 by Stephen DeFelice, MD, combining the words “nutritional” and “pharmaceutical.”1 Since then, nutraceuticals have made their way into the veterinary medicine world as an emerging modality.

In an interview with dvm360® Robert Silver, DVM, MS, chief veterinary officer of Real Mushrooms, opined that nutraceutical is a “fancy word” for animal supplement, or functional food. Since nutraceuticals are not drugs, there is no federal oversight on the veterinary market, thus it’s important to look at research regarding these products rather than marketing claims, added Matthew Brunke, DVM, DACVSMR, CCRP, CVPP, CVA, sports medicine and rehabilitation specialist for Veterinary Surgical Centers in Virginia, while presenting a session at the dvm360® Directions in Veterinary Medicine conference in Indianapolis, Indiana.2

According to Brunke and Silver, nutraceuticals can be used to help manage osteoarthritis (OA)2 and musculoskeletal arthritis, respectively. Some of these products and accompanying research are as follows:

Methylsulphonylmethane (MSM), which is a solid form of dimethyl sulfoxide, is also often coupled with glucosamine and chondroitin sulfate because of its potent anti-inflammatory actions. “So those are probably the 3 most common nutraceuticals that we’re going to see in products for joints. They have been around a long time.”

According to Brunke, avocado/soybean unsaponifiables (ASUs) are extracts from the oil that inhibit inflammation. In his talk, he spotlighted a study surrounding this nutraceutical and its efficacy for degenerative OA. In the investigation, OA was induced by anterior cruciate ligament transection of the right knee in 16 crossbred dogs; 8 on a placebo and 8 on avocado/soybean unsaponifiable. Post-mortem, growth samples at necropsy were histologically examined.3

“The dogs in the treatment group had fewer osteophytes. They had thicker, more robust cartilage and had a better calcified cartilage versus spongy stuff,” Brunke explained.

Brunke said that when researchers looked at the cartilage on a microscopic level for the placebo group, it was all fibrillated and irritated both in the femur and the tibia whereas in treatment group, it was smooth which promotes less friction and less drag. “And then [the researchers] also pulled the joint fluid and compared to the placebo group, all the treatment groups had less metalloproteinase and other microscopic cytokines, so they showed on a macro and a micro level that this can be beneficial,” he added.

Therefore, this research overall revealed that treatment with ASUs can decrease the development of early osteoarthritic cartilage and subchondral bone lesions in the anterior cruciate ligament dog model of osteoarthritis.3

Newer nutraceuticals available include marine life extracts, including those of green lipped mussels. Silver said, “[Green lipped mussels] contain good levels of glycosaminoglycans—which is what glucosamine and chondroitin are—but they also contain anti-inflammatory fatty acids like EPA and DHA that we find in fish oil, but they also have something called ETA, or eicosatetraenoic acid, which is even more potent than EPA or DHA as an anti-inflammatory agent. [It] also has a couple of other different fatty acids that we commonly find in fish oil, which gives it its value.”

“GLMs have been shown in dogs to work in pathways of omega-3s, of chondroitin, so it’s a little bit of a hodgepodge of the mechanism of action. It contains a lot of good things, but you can’t just go and get regular mussels, you can’t get the zebra mussels that are spreading throughout the United States… it must be the GLMs out of New Zealand,” Brunke said.2

Brunke shared key research displaying the significance of the dosage when it comes to these nutraceuticals4-6: “If [GLMs are] dosed at 25 mgs per kg, [there is] no difference, you have to dose [them] at least at 77 mg per kg per day,” he said.

Another marine invertebrate like GLMs with good levels of omega 3-s and glycosaminoglycans are sea cucumbers.

One of the more recent nutraceuticals emerging in the arthritic pain realm is undenatured type II collagen (UC II), which is found primarily in chicken hyaline cartilage, plus it’s also found in the inner membrane of the eggshell. Silver explained certain types of cartilage have this type II which can be effective with more of the inflammatory types of arthritis like rheumatoid, but it’s also being used for osteoarthritis.

In his talk, Brunke discussed UC II from chicken sternums, which is essentially immunotherapy, he said. He described that it gets absorbed in the gastrointestinal tract and is an active modulator. Additionally, it’s convenient because, regardless of an animal’s size, it is dosed at 10 mgs SID per patient.2

“[UC II] is going to slow down the inflammatory response because this little protein here—undenatured type II collagen—stimulates the body at the level of the Peyer’s patches so then it starts to see this damaged collagen. And so, the white cells start to learn, and the immune system starts to learn that ‘Hey, this isn’t good, let’s make sure that this doesn’t happen,’” Brunke explained.

“So, as it then starts to happen, naturally occurring inside the joint, the body blocks the overreaction of the immune system… so, it stops eating away more cartilage,” he added.

Brunke also said there is evidence regarding UC II’s efficacy on its own and when it is combined simultaneously with glucosamine and chondroitin.7,8 The studies discovered that when these 3 nutraceuticals were used together, UC II didn’t work as well as when it was used alone. They found something in glucosamine blocks the absorption of UC II. “So, if your [pet is] on a glucosamine chondroitin supplement, you give that in the morning. Let’s say, you give the UC II hours later, so that the gut is not being exposed to them both at the same time, otherwise you’re not getting as robust of an effect,” Brunke said.

Some additional nutraceuticals that Silver highlighted include manganese, CBD herbal extract, Boswellia, turmeric, and Devil’s Claw which have been innovative ingredients used for their anti-inflammatory properties.

Taking a multimodal approach with nutraceuticals

Silver explained that patients with chronic pain often require strong medication such as nonsteroidal anti-inflammatory drugs (NSAIDs). However, as the disease progresses and the animal is on the same NSAID for a significant time, you begin seeing diminishing returns—that the NSAID no longer works as well. Also, prolonged use of these drugs in some pets can lead to complications with kidney or liver function.

“So that’s where supplements come in because [they] can amplify the value of the NSAID, since they work more functionally with the body. The NSAIDs work through pathways to reduce inflammation, and by reducing inflammation, they secondarily reduce pain,” said Silver. “But what the NSAIDs don’t do is to modify organ function, and that’s where supplements can add value to your treatment because they work with the biochemistry of the body to affect change, which could be considered ‘healing,’ as we saw in the study spotlighting ASUs cited by Brunke.”3

Silver highlighted an example of co-administering a supplement containing glucosamine concurrently with an NSAID to a pet experiencing joint pain. Glucosamine provides a joint lubrication which helps increase the fluidity and lubricity of the joint fluid and articular cartilage surface, while reducing the mechanical friction (a risk factor for inflammation), to help return to the normal function of the joint. Consequently, this also helps the NSAID work more effectively.

“I’m a strong proponent, not of either/or, but both [drugs and nutraceuticals] together because they work better together. That’s been my experience in practice . . . I used to use the phrase, ‘You don’t want to throw the baby out with the bathwater,’ and so it’s like, you don’t want to reject one or the other, you want to use everything that works and doesn’t interfere or interact with the prescribed drugs and supplements,” said Silver.

Sat Jul 30 , 2022
The prolonged covid-19 pandemic has triggered two seemingly oppositional trends. On the one hand, years of intermittent lockdowns and international travel bans means that in 2022, people are desperate to get out and travel. Indeed, according to a recent survey conducted for Mars Petcare, 70% of Americans are planning to […] 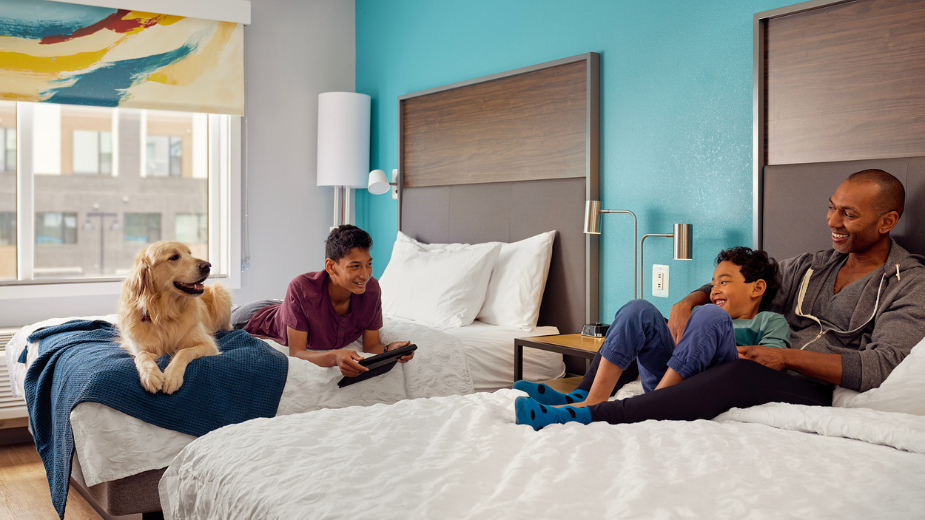