An online campaign that promised to plant a tree for every pet photo posted to Instagram “spread out of control,” its creator said Tuesday after it was shared more than 4.1 million times.

Instagram Stories was filled with pictures of dogs, cats and other household animals after an interactive “Add Yours” sticker prompted users to share photos of their pets.

“We’ll plant 1 tree for every pet picture,” said the sticker, which allowed users to reply with photos.

It wasn’t long before questions were raised about who would be planting all those trees and where.

The creator behind the Instagram account Plant A Tree Co. took responsibility for the campaign but said the post was deleted 10 minutes after it was created because he “didn’t have the resources to plant that many trees.”

The man, Zack Saadioui, 23, of Boca Raton, Florida, said he was experimenting with the new sticker feature on Nov. 2, a day after it launched, without properly understanding how it worked.

“We simply wanted to check out a new Instagram sticker and thought we’d use it in a fun way that can benefit the environment. So we made the post not really understanding how ‘Add Yours’ works,” Saadioui said in an Instagram message.

“We thought only a small portion of our followers would do it, totaling to a couple hundred trees max, but we noticed this wasn’t the case,” he added. “Around 10 minutes in we saw it had a viral effect and could grow exponentially. So we immediately deleted it.”

Saadioui said he realized that it had continued to spread online only on Monday, when he saw that the sticker had been reposted a million times.

“I received no notifications at all. It was as if it didn’t exist,” he said. “But when I clicked on the sticker through someone else’s post I had full customization, such as turning on or off the notifications and showing or not showing a credit. But it was unresponsive.”

A spokesperson for Meta, which owns Instagram, tried to put a positive spin on what happened.

“The ‘we’ll plant one tree for every pet picture’ trend shows the power of the Instagram community to raise awareness on important topics,” the spokesperson said.

Plant A Tree Co. is accused of deceiving its followers, and some pointed out that the company has a history of creating trends around false promises.

The accusation stems from a post Saadioui shared in 2019, when he was a junior in college, he said, which promised to plant a tree for every time it was re-shared.

“I understand where they’re coming from, as we have made unintentional mistakes in the past,” Saadioui said. “We addressed it, stopped the post and stated that it would be impossible to plant.”

As a result, he said, the latest controversy has “set a negative tone” for his company, which he “intended to be for a great cause.”

In response to the viral campaign, Saadioui is raising money for the nonprofit organization Trees for the Future.

“Although we clearly can’t plant 4 million trees, we want to use this opportunity and awareness to do some good,” he said.

Saadioui said that he’ll learn from the experience and that he’ll be more cautious when he shares a campaign in the future.

“In the case of the ‘Add Yours’ post, I wasn’t really sure how it works and its ability to grow so fast,” he said. “So in the future I will definitely do more research on what I’m posting through.”

Bianca Britton is a reporter for NBC News’ Social Newsgathering team based in London.

Wed Nov 10 , 2021
A dog owner and tired pooch received a helping hand from a pair of observant neighbors who had a wagon to spare. The kind moment, which was documented by Zena Rodriguez on TikTok on Oct. 31, has warmed hearts. More than 346,000 people have seen the generous wagon offering that’s […] 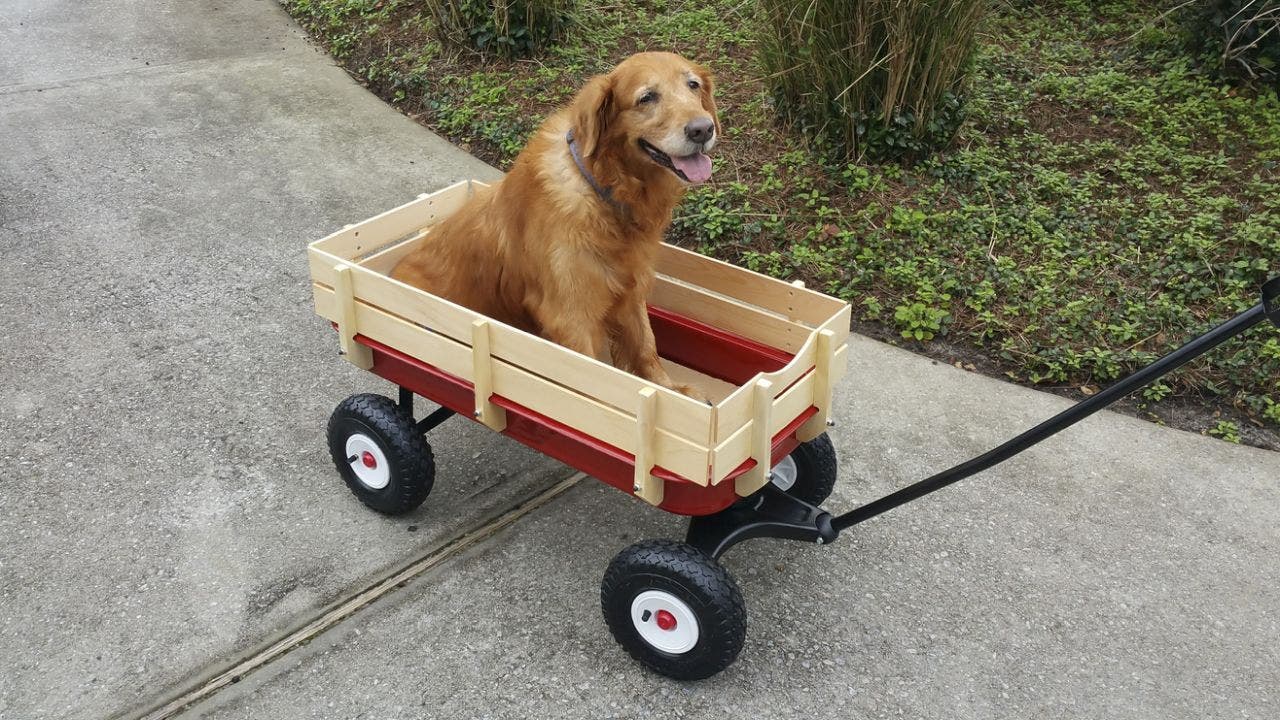