Tens of thousands of dogs and their owners — minus Russians — flocked to the world’s biggest dog show on Thursday, as Crufts made a comeback after a two-year absence.

The last edition was in March 2020, just before Britain locked down as coronavirus swept the globe and before the country geared up to leave the European Union after Brexit.

This time round, the invasion of Ukraine hangs over the four-day event, after organisers The Kennel Club banned the attendance of Russian owners and their dogs.

Many owners sported ribbons in the yellow and blue colours of Ukraine’s flag as a show of support.

“It’s my way to show I’m thinking of the Ukrainians,” said Sara Davies, 63, from northeast England, who has entered Crufts for the first time with her black German shepherd, Laxi.

“I mean, it’s appalling. At least I can live my daily life normally. They can’t,” she told AFP as Laxi lay at her feet.

The Kennel Club’s decision affects about 30 Russian owners and breeders and 51 dogs that had been due to participate in the show, which was first held in 1891.

“In the light of rapidly evolving circumstances, it is with a heavy heart we have taken the decision not to allow exhibitors from Russia to compete at Crufts 2022,” it said.

“Our friends in Ukraine, and their dogs, are fearing for their lives and we will do all that we can to support them wherever possible.”

It is donating £50,000 (60,000 euros, $66,000) to help partner organisations in Ukraine, Poland and Hungary help breeders, owners and their dogs affected by the conflict.

Despite the conflict in Ukraine, the chief executive of The Kennel Club, Mark Beazley, said Crufts was “a little bit of joy in some pretty sad days for the world at the moment”.

Lockdown restrictions, which forced last year’s Crufts to be cancelled, increased stress and isolation for both humans and their four-legged friends.

“The pandemic was very difficult,” said Stacie Young, from Kent, southeast England, as she sat with her imposing Newfoundland, Bumbee, taking part in her second Crufts.

“She used to socialise a lot with other dogs during shows. Suddenly there was nothing happening at all. When we were finally allowed to gather in a group of six, we would gather in the park with some friends to practise.”

The last coronavirus restrictions were lifted in England last month, and few people were seen wearing masks as they watched a parade of Cavalier King Charles Spaniels.

But organisers said it will take time for the show to get back to its previous level: in 2020, some 150,000 people attended.

Changes to pet travel after Brexit, as well as the pandemic, have hampered many Crufts regulars’ ability to travel this time.

More than 20,000 dogs are due to compete on looks, obedience and agility at the vast National Exhibition Centre near Birmingham, in central England.

Some 16,000 dogs from 38 countries are in the running to bag seven spots for the prestigious “Best in Show” finale, which will be decided on Sunday evening.

Of those, just over 1,800 are from overseas — well down on the more than 3,000 foreign entrants in various competitions in the show two years ago.

Since the UK’s full departure from the EU in January last year, European visitors — and their pets — are subject to more stringent entry requirements.

The winner of the 2020 Best in Show was Maisie, a wire-haired dachshund.

Sun Mar 13 , 2022
How should my dog’s teeth look? Failing to take care of your dog’s teeth can lead to gum disease, tooth decay and even serious infections of the bloodstream. Pet parents should prioritize their dog’s oral health to the same degree they’d take care of other physical health issues.  Taking simple […] 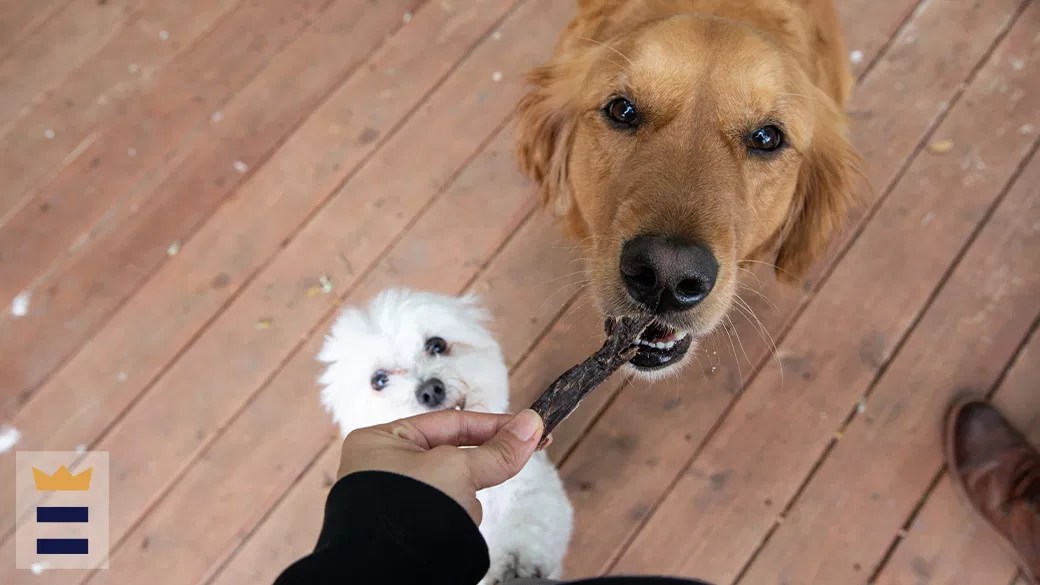