Officials with both organizations expected the number of surrendered animals to increase post COVID-19 pandemic, as pet owners found their way back to offices and away from home.

“It’s post-COVID-19 stuff, everyone was home and had time for the dog and now everyone is going back to work and we’re getting the same stories, you know?” Alamogordo Animal Control Manager Dwaine Martinez told the Alamogordo Daily News.

Martinez said a surge in pet surrenders was already noted.

Alamogordo Animal Control and Kitty City held regular adoption events at White Sands Mall every other Saturday except those Saturdays near holidays.

At the June 12 adoption event, a family of three cats were adopted.

“We’ve seen a little bit of returns, but I don’t think it’s been any increase of what it would have been without COVID-19,” Kitty City Director Kathy Denton said.

Kitty City has a return policy where they work with the adopter to find out what issues may have arisen with the newly adopted cat or kitten, Denton said.

“I think we have a mixed group,” Loretta Burks of Otero County Animal Shelter said. “I think we’re seeing some where people took them for the pandemic. Where we’re located, we’re in kind of a unique spot because we also take off of (Holloman Air Force Base).”

This means that some of the surrendered animals coming in are due to an airman’s deployment to a place where dogs may not be able to be shipped or because they cannot afford to transport the dog, Burks said.

During the COVID-19 pandemic, the short-term foster program through Otero County Animal Shelter was not active, Burks said.

Aside from his work as a rescue transport, Gunari also socializes the dogs in the backyard-type play area at the Otero County Animal Shelter. That includes Marie and Millie who played and chased each other for a while before being taken back to their kennels.

Gunari usually takes the dogs out two at a time, unless the dog is shy and needs individual attention.

Copyright 2021 The Associated Press. All rights reserved. This material may not be published, broadcast, rewritten or redistributed.

An inside look into Curtis Sliwa's life with 15 rescue cats

Thu Jun 24 , 2021
It’s the purrrfect apartment.  The Post got an exclusive look inside Curtis Sliwa’s tiny Upper West Side studio apartment Wednesday — after the newly minted GOP mayoral nominee revealed that he and his wife share the space with 15 rescue cats.  The 320-square-foot studio on West 87th Street and Central […] 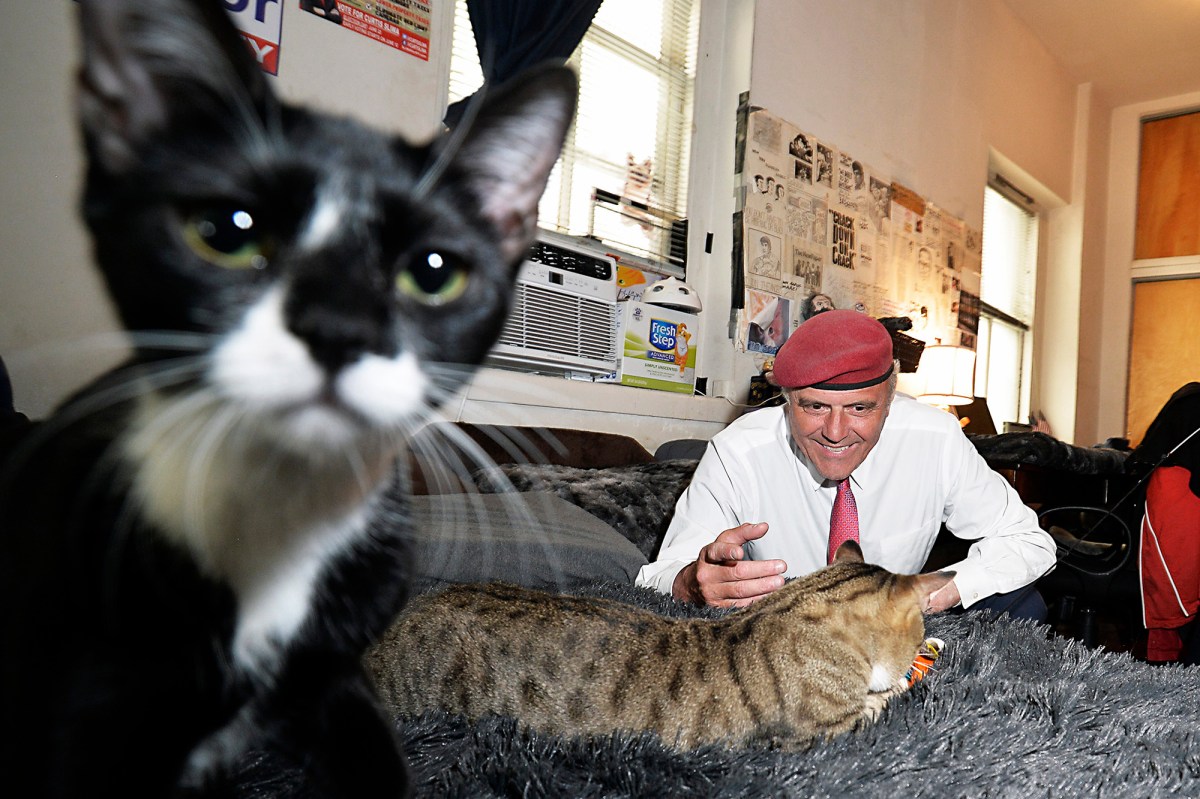