The Animal Care Centers of NYC (ACC) is teeming with so many animals you can hear the din from the street.

It’s a relatively small shelter packed to the gills with all kinds of household pets no longer wanted and up for adoption, with lots of competition.

“We are overcrowded,” said Paul Sanders of the Animal Care Centers of NYC.

Sanders runs the Staten Island location of Animal Care Centers, which holds the city contract for animal sheltering, which operates this facility, and two larger ones in Manhattan and Brooklyn.

Sanders says all of them are overflowing with unwanted pets.

“Here at Staten Island, I can safely house about 31 animals optimally, I’m almost at 50 at this point,” he said.

There are hundreds more across the city.

Systemwide, 544 animals are sitting in shelters Wednesday night. That’s compared to just 353 on this night last year. A 54% increase.

At the same time, thanks to COVID, 30% of shelter staff is unable to work.

Typically, an animal spends about six days at the Staten Island shelter.

In that time, the dog or cat gets evaluated, and then adopted out again. But because they’re so short-staffed due to COVID, that six days has ballooned to 14 days.

Animals aren’t leaving as fast as they usually do, but that hasn’t stopped more animals from arriving.

It isn’t that people are returning animals they adopted early in the pandemic. Instead, Sanders says, it’s a more normal phenomenon.

Families are forced to give up their often-aging pets, in many cases, because they can’t afford to take care of them.

“We’re all feeling the pinch right now, we’re all over our capacity,” Sanders said.

He says these shelters do not euthanize animals but finding them new homes is harder and harder.

In the end, it’s the animals who pay the price.

Thu Jan 6 , 2022
A woman says her dog died on a Southwest flight because crew wouldn’t let him out of his carrier. Courtney Cipar believes Charlie suffered from heatstroke and a seizure, and plans to sue the airline. Southwest Airlines told TMZ that it’s the airline’s policy that pets must remain in their […] 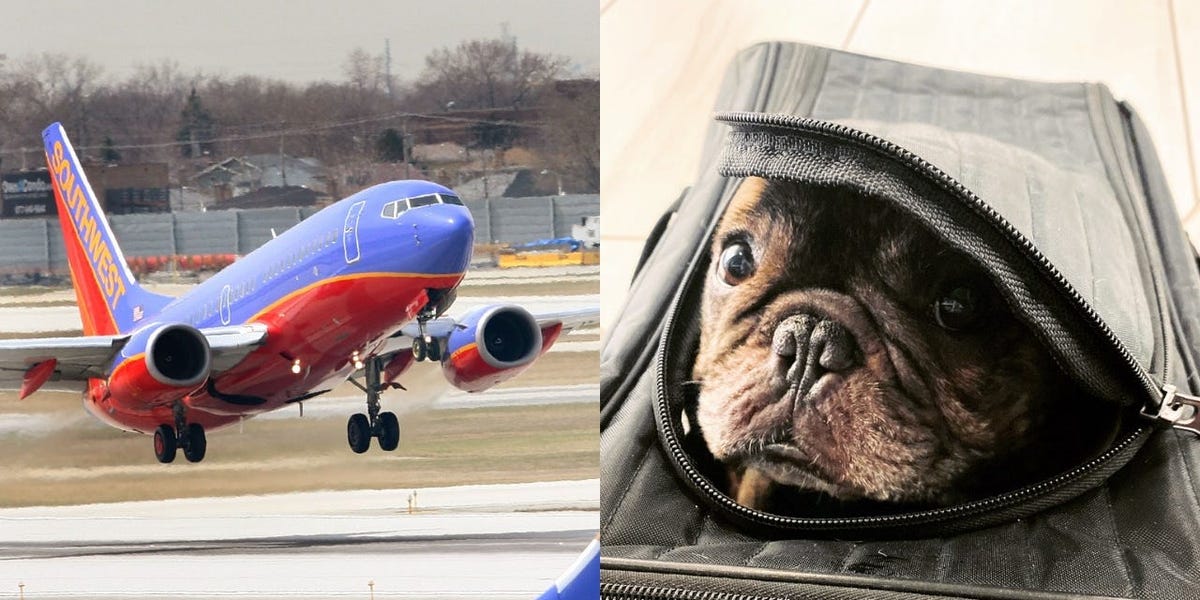