The gray cat perched on a curb, a blur to the traffic tooling by on Southeast McLoughlin Boulevard in Oregon City.

It was a perilous spot. The Rivershore Hotel loomed in the background. Behind that, the Willamette River.

This was where the cat had lived since 2018, wandering the hotel grounds and mostly going unnoticed, save for the occasions when someone was kind enough to leave out a bowl of food.

That changed two weeks ago.

Carmela Nielsen of Gladstone caught a glimpse of the cat sitting serenely just feet from the whir of cars as she headed to dinner with her sister and daughter.

That sighting set in motion an improbable series of events that brought together three women and owner Keesha Davis — all strangers — to make the reunion happen.

It had been three years since Davis, 49, had seen her beloved cat.

He slipped away the night Davis nearly lost her life in an explosive attack — not far from where Nielsen first spotted him.

The story of the tuxedo cat with the distinctive splash of white fur across his face begins in May of 2018.

Davis and her boyfriend at the time, Eric Alsobrook, had left Washington and landed in Oregon City, hoping to snag a camp host position at Clackamette Park.

Davis’ dog, Penny, was with her. So, too, was her cat. Baloo was his name.

Baloo was unusually intelligent. He nudged his scratching post when he wanted it in a sunnier spot. He was an outdoor cat with street smarts. He knew to steer clear of cars. He was a productive mouser.

He meowed often and rarely tired of Davis’ affection.

Baloo before he went missing in 2018. Courtesy of Keesha Davis

Davis rescued Baloo from a Seattle animal shelter when he was about a year old. The two had been together about four years by the time they arrived in Oregon.

Baloo was in the RV that night in May when Alsobrook suddenly flew into a rage.

He unleashed an unrelentingly violent attack on Davis, slicing her face with a knife and plunging the blade into her head, neck and chest. He punctured her lung. He shattered her eye sockets. He broke her nose and knocked out her teeth. She suffered a brain injury.

Dazed and terrified, Davis thought of Baloo. She worried the attack had frightened him and that he would escape the RV.

Alsobrook fled in the RV, with Davis inside, and ended up in downtown Oregon City, where police confronted him.

Davis stepped out of the RV. Her eyes were swollen shut. Her body was covered in blood. She moved toward a stunned police officer.

She remembers telling the officer: “He said he’s going to murder me.”

Davis ended up hospitalized for six days. She remembers little from that period. She figures her brain sealed off some memories to protect itself from the horror she endured.

Alsobrook ended up going to prison. He was convicted of attempted murder and other felonies. He was sentenced to a little more than a decade.

At some point while she was in the hospital, she remembers asking about Baloo and Penny. Clackamette Park, where Baloo went missing in 2018. He was found on the grounds of a hotel just down the street. Beth Nakamura | Oregonian/OregonLive

Penny was safe. She had been taken in by authorities and was waiting for her.

But Baloo was gone.

The camp hosts and others looked for him, but he never turned up.

Over time, the scarring on Davis’s body would heal. She would go on to receive intensive therapy to cope with the trauma. She moved out of state and has begun to rebuild her life.

But Baloo’s disappearance left a hole she could never fill, no matter how much time passed.

“I wanted nothing more than to have him back, nothing in the world,” she said. “That is what brought me to tears. That was the worst part of it all, believe it or not.”

Every once in a while, she would scroll lost pet pages on Facebook and other social media sites. After Baloo’s disappearance, she posted information about Baloo on several sites.

One night last week, she got to thinking about him.

She went online and found her original post about him from three years ago.

On a page dedicated to lost pets in Clackamas County, she typed out a quick comment, which moved it back to the top of the page: Keesha Davies reunites with Baloo after a long separation. The two are pictured in the office of an Oregon City veterinarian.  Beth Nakamura | Oregonian/OregonLive

And that’s what Kellie Griffiths saw one night when she was looking for information about her own lost cat, Church.

Church was an outdoor cat who disappeared amid last month’s searing heat. The place in Oak Grove where Griffiths and her family lived caught fire when the propane tank on their grill exploded.

They lost everything – including Church.

Griffiths had posted about her own search online.

Nielsen, the Gladstone woman, saw Griffiths’ posts and mentioned the gray cat she’d seen on McLoughlin. Griffiths went by the hotel to check.

She saw a gray cat resting in a small clearing.

But the cat, with the unique markings on its face, wasn’t Church.

Once home, she went online to see if there were any updates.

That’s when she saw Davis’ post and the photo of Baloo.

It was the same cat she’d seen earlier that day.

She reached out to Davis. “I wanted nothing more than to have him back, nothing in the world,” Keesha Davis said of her cat Baloo. Courtesy of Keesha Davis and Our Community Cat Rescue

To Davis, it seemed hopeful. Baloo had an uncanny knack for staying out of traffic.

“Could it possibly be my cat?” she wondered.

If any cat could make it, she thought, it would be Baloo.

Saban, who lives in Gladstone, got to work. She asked Nielsen if she could return to the hotel grounds and set a trap for the gray cat.

The following morning, when Nielsen checked on the trap, she found the gray cat inside.

She carefully placed the cat in her car and headed to Saban’s.

Saban had a pet microchip scanner she’d bought with bottle returns. She and Nielsen called Davis.

One by one, the numbers matched up.

“It was like listening to a lottery winner,” Saban said.

By the time Davis was done, all three women were in tears.

The gray cat was Baloo.

It was like he’d been waiting for Davis all this time, said Nielsen.

Davis returned to Oregon this week to pick up Baloo.

He looked a bit thinner but still had the same spunk. He took to Davis immediately and hasn’t left her side since they reunited. 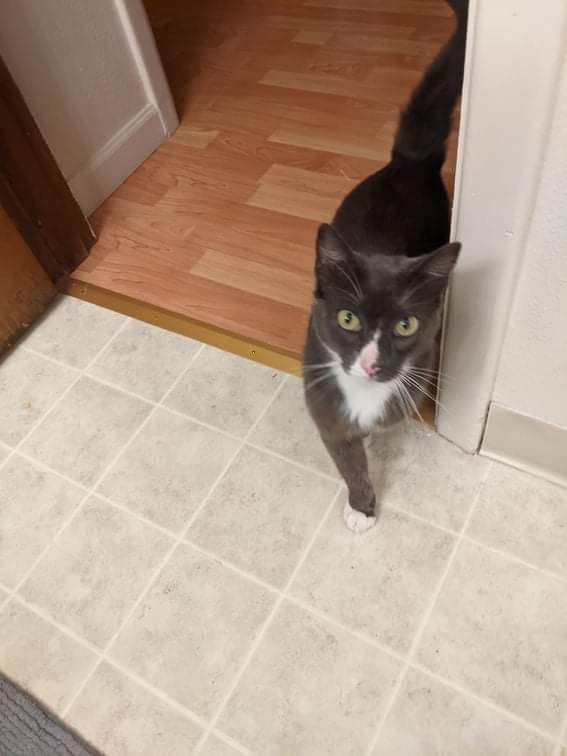 He had a checkup, which found he wasn’t underweight and, in fact, was in good health.

But his days of wandering the outside world are over. From now on, at Davis’ insistence, he’ll have to settle for being an indoor cat.

“I feel complete again,” she said. “There was always a vessel of loss. I have lost a lot in this process. And that loss was the most heartbreaking.”

Thu Jul 22 , 2021
JSTOR comprises the full-text of more than 200 tutorial journals masking a really wide selection of disciplines. JSTOR allows searching by concern and full-text looking out by self-discipline, by particular person titles, or of the complete collection. They usually are not excited about being printed within the Yale Law Review […]