HOUSTON – Owners of exotic animals, like tigers, rely on an underground animal trade to bypass a patchwork of laws banning their possession across the state of Texas.

According to one animal trainer, who has owned a variety of exotic animals, there could be more than 3,000 tigers alone in the state.

“In Texas, laws are not great, especially because there’s not a state-wide ban on the private possession of these animals,” said Lisa Wathne, the Captive Wildlife Manager for the Humane Society of the United States.

Houston and other large Texas municipalities do prohibit the keeping of predatory exotic animals without a permit, but in most unincorporated areas across the state, owning exotic animals is “fair game.” Wathne says there is no licensing required for buyers.

Procuring a tiger or other exotic animal is not particularly difficult, as a simple Google search yields a variety of wild animals for sale.

However, transporting such an animal across state lines can run afoul of commerce regulations.

Right or wrong, exotic animal ownership, outside of preserves and zoos, is often associated with criminal activity, according to the Houston SPCA.

Victor Cuevas, 26, who faces a variety of felony charges, including murder, gained notoriety when it was discovered he had a male tiger in his Houston home.

India, the tiger, was seen wandering around a neighborhood in May 2021. India is now living at an animal sanctuary in North Texas and is thriving.

Reynold’s team often assists law enforcement in the safe recovery of exotic animals found to be living in sub-standard conditions.

The SPCA’s Houston team has recovered tigers, bears, bobcats, a Bald Eagle and a variety of other unexpected exotic animals.

There are plenty of people who are not in favor of stricter regulations regarding the ownership of exotic animals.

“They’re not dangerous animals for people who are trained like myself,” said Trisha Meyer, who has owned and trained a variety of exotic animals, including tigers.

In July, a Houston Police Department helicopter circled her home after an anonymous tipster claimed she was keeping a tiger at the modest northwest side house.

No tiger was found this time, but Meyer admits she has kept tigers in her home before for short periods of time while transporting them to other locales.

There is pending federal legislation to outlaw private ownership of many predatory exotic animals without a permit called the Big Cat Public Safety Act:

Tue Aug 17 , 2021
Cat lovers are in luck as Venice is now home to a temporary kitten lounge, where people can play and cuddle with furry animals in need of adoption. Tiny Beans Kitten Lounge, located at 1522 Abbot Kinney Blvd., welcomed its first guests on Saturday with the goal of getting the […] 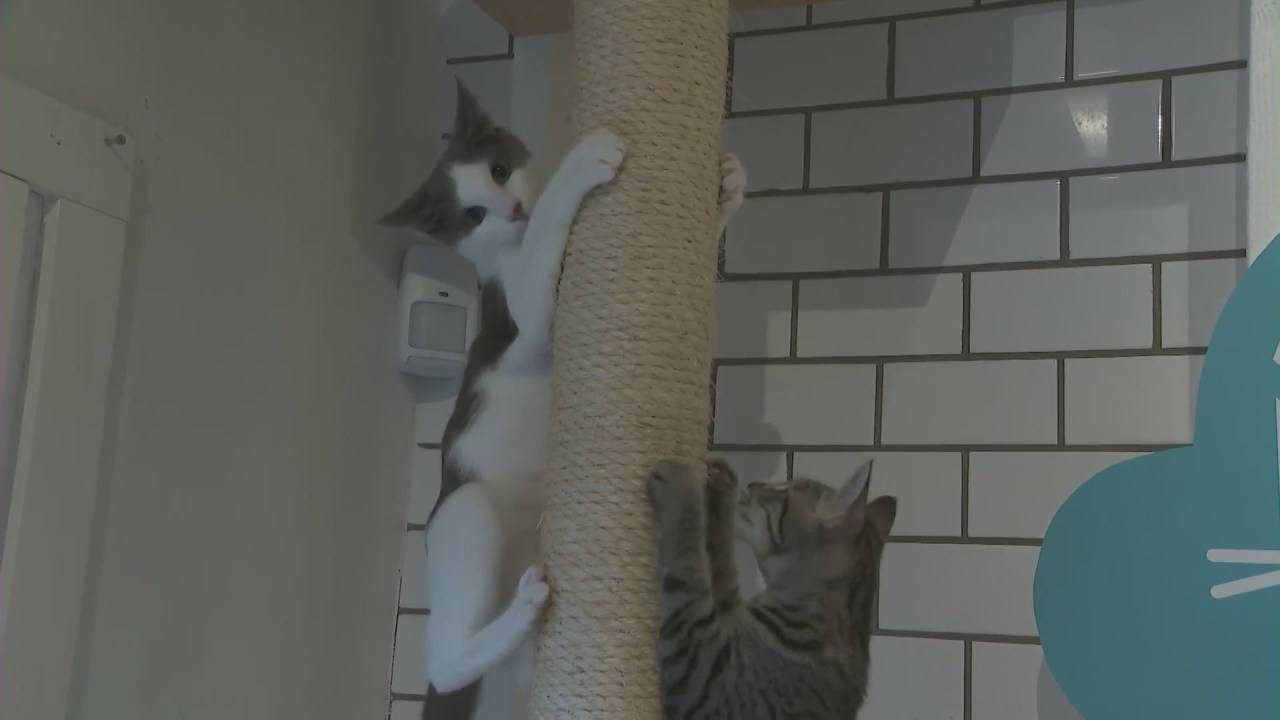