The latest dog food recall comes from Fromm Family Foods, though it doesn’t have anything to do with the salmonella or aflatoxin that was behind numerous recalls earlier this year. This time around, the dog food is being recalled because it may have higher than expected levels of vitamin D, which could lead to health problems, including kidney troubles.

The recall covers around 5,500 cases of Fromm’s Four Star Shredded Entrée canned dog food, the announcement reveals. These cans were distributed to pet stores across the US; they’re packaged in 12oz cans and feature the Best-By date “08/2024.” Specific products covered by the recall include shredded turkey, pork, chicken, and beef.

Anyone who purchased one of these recalled products should monitor their dog for symptoms and seek veterinary care if their dog displays any. Fortunately, the company hasn’t received any reports of issues in dogs resulting from the canned food.

The company says that it has corrected the issue that resulted in the high vitamin levels so that it won’t happen again. Consumers who purchased any of these recalled cans of dog food are told to return the product unused for a refund. The full identifying details for the recalled lots can be found in the recall notice on the FDA’s website.

Fri Oct 8 , 2021
DENVER — Pet Releaf is transforming its Edibites line of CBD-infused supplements for pets. The company has transitioned the entire line to soft chew formats, and several products within the line have will now display the USDA Organic Seal. The Hip & Joint and Immunity Edibites formulas have now joined […] 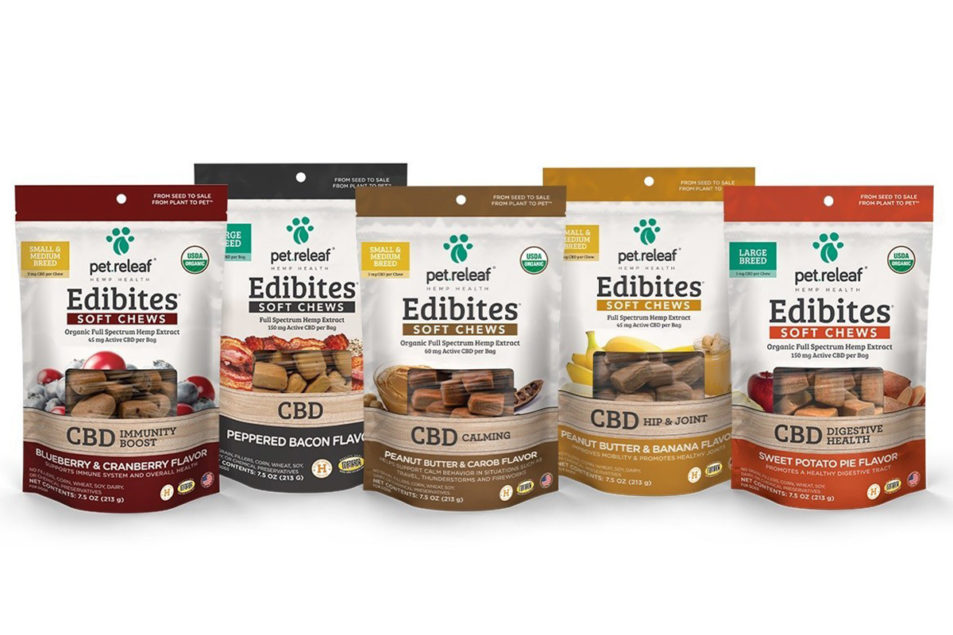