It is a frosty morning and I am standing in the kitchen in bare feet, holding the door open for the cat. The cat dips its head low, studying the world across the threshold.

“Faster, pussycat,” I say. The cat sniffs at the cold air swirling in from the garden, but does not move. I begin to close the door very slowly, in a bid to create a shrinking decision window. In the space of two months the kitten has grown into a tall-eared, spooky-looking thing that I sometimes find standing on my chest staring down at me in the dead of night, its nose a millimetre from mine. It doesn’t fear the dog or the tortoise, but it’s still pretty wary of outside.

The narrowing of the decision window, accompanied by a prod from my big toe, finally propels the cat into the garden, where it immediately dashes into the dark recesses of the covered side return to cower behind some pots. By the time I put on shoes and return to the kitchen, the cat is looking at me through the window. When I look back it opens its mouth in a silent O.

Instead of letting it in, I go outside and lead the cat round the corner, where I get down on my hands and knees on the mossy bricks to demonstrate the action of the cat flap. I push it open, and let it drop back.

The cat comes over to where I’m still kneeling and sits in front of the cat flap. I’ve accidentally invented a game

“Do you see?” I say. I lift the plastic door, glazed to opacity with layers of old mud, to show the square of kitchen that lies beyond. The cat, crouching beneath the barbecue grill, regards me with boundless suspicion. Eventually it creeps close enough to stick its head through the flap, and after a pause of about a minute it slithers through into the house. I don’t see the cat for the rest of the morning.

In the afternoon I come in from my office to find the cat on the windowsill, looking longingly at the leaves stirring on the grass. Instead of letting it out I get down on my hands and knees next to the side door, to demonstrate the action of the cat flap from a new perspective.

“It swings both ways,” I explain. “Affording both ingress and egress.” I do not demonstrate the lock that allows pets out, but not in. That is another lesson for another time.

I hold the flap open again. The cat peers through, unimpressed by the view. My knees hurt. The cats sits.

“What are you doing?” says the middle one, who is apparently standing behind me.

“Is he struggling with the concept?” the middle one says.

“He’s definitely failing this module,” I say. But as I speak the cat dives through the flap into the garden. It tears round the corner to the back door, where the middle one lets it in. Then it comes over to where I’m still kneeling and sits in front of the cat flap. I’ve accidentally invented a game.

That night I go to sleep worrying that I’ve revealed something to the cat that I shouldn’t have: it’s too early for him to possess the means of independence. Maybe it’s a good thing he doesn’t get it. Something steps on to my chest in the dark, and sits.

The next night I get home from a band rehearsal long after everyone else has gone to bed. I begin to cook for myself, even though it’s nearly midnight. As I drop pasta into boiling water I hear an alarming and pitiful cry, both close to hand and muffled: something trapped in something. I immediately think of the cat. I look in the cupboard under the stairs, and the washing machine.

The noise gets louder and more anguished. It’s clearly coming from the other side the front door. I have taught the cat to leave home, I think, and given it a tremendous fright. I rush to the door and open it.

The noise is actually coming from two foxes having sex at our front gate. Before I know what’s happening the dog barrels between my feet to break up the party. It chases the male down the street; the female runs in the opposite direction.

The dog turns and runs toward me. The fox gives chase for a few metres, before thinking better of it.

When we reach the gate I see the cat through the open front door, sitting on the stairs, just watching me.

Sun Dec 19 , 2021
Sherman and Grayson County leaders have come to a temporary agreement on the costs to house and care for lost animals across the region. This week, both the Sherman City Council and Grayson County Commissioners approved agreements that set the price for Sherman to take in animals that are brought […] 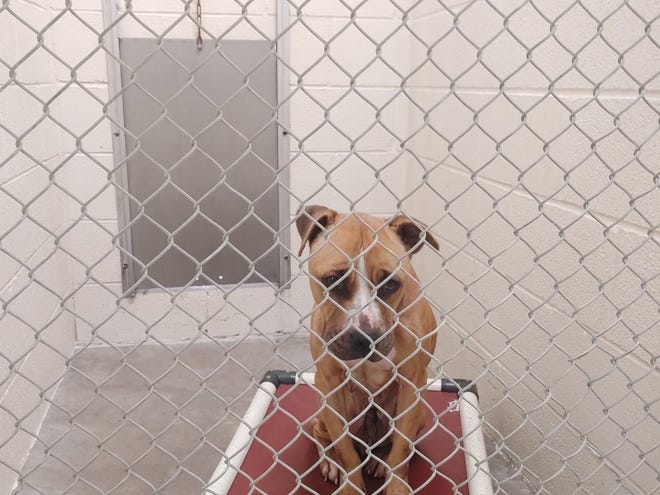