Animal welfare groups are working to support the rescue and evacuation of pets from war-torn Ukraine and sending supplies to animal shelters put at risk amid Russia’s invasion.

James Sawyer, UK director for the International Fund for Animal Welfare (IFAW), told the BBC the organization operates two animal shelters in Ukraine with over 1,100 dogs in their care and has provided them with food and supplies.

“The devastation caused by some of these rocket attacks, that open environment full of glass, concrete and metal is dangerous to people but also to animals,” Sawyer said.

He said one of the shelters was shelled during a Russian attack, killing one animal. Staff members are frightened to light fires, he said, fearing it may draw attention to the shelters.

“Local supplies are running out,” he said of the dire situation.

The German branch of People for the Ethical Treatment of Animals (PETA) said it is currently coordinating a delivery of nearly 20 tons of companion animal food as well as blankets to animal shelters in Ukraine. They are also offering vaccinations to animals.

The group said it is working with a partner organization in Romania who has crossed the border into Ukraine to rescue abandoned animals.

Many refugees have been forced to leave their furry friends behind at the border because of they do not meet the criteria imposed by the European Union that require pets be vaccinated, microchipped and have a rabies test.

Many countries, however, including Ukraine’s neighbors Hungary, Poland, Romania, and Slovakia have eased their restrictions, animal groups confirmed.

More than 1.4 million people have fled their homes in Ukraine since Russia launched its invasion, with many families forced to relocate to neighboring countries, bringing only what they can carry – some documents, photos and their beloved pets.

Kyiv native Ludmilla Nadzemovska had prepared to evacuate a month ago, buying traveling cages for her four cats as signs pointed towards an imminent Russian invasion. She fled to Hungary with her cats after she heard her neighbors had been killed by Russian forces.

“I want to go back” she told The Associated Press, sitting in a camp in Tiszabecs, Hungary, just over the border. “But my priority is my family and the pets.”

Another refugee, Lena Nesterova, said she fled with her family after the first explosions rang out in Kyiv on the first day of the invasion, taking “only [my] daughter, dog, all the documents.”

“We left everything. We have no clothes, nothing,” Nesterova said. “And we don’t know what will be after.”

Her daughter, 18-year-old Margo, tightly held the family toy Chihuahua in the safety of a refugee camp in the border city of Siret, Romania.

House pets are not the only animals who suffer from the violence. Zoo animals are also threatened by air raids and shelling, including those at the Kyiv Zoo where heavy fighting was reported nearby last week.

The Kyiv Zoo is home to roughly 4,000, including elephants, camels and Ukraine’s only gorilla. The chance to evacuate the critters has already passed, zoo officials said.

Get the latest updates in the Russia-Ukraine conflict with The Post’s live coverage.

“It’s almost impossible to evacuate animals, because it’s impossible to provide appropriate veterinary service and transportation,” Kyrylo Trantin, the zoo’s chief, told EuroNews, adding that the zoo only has enough food supplies to feed the animals for a few more days.

Mon Mar 7 , 2022
A young Ukrainian woman was shot and killed while she was on her way back from delivering food to a dog shelter just outside Kyiv. Anastasiia Yalanskaya was one of three volunteers delivering the food to Bucha, about 18 miles outside the Ukrainian capitol. All three were killed, according to […] 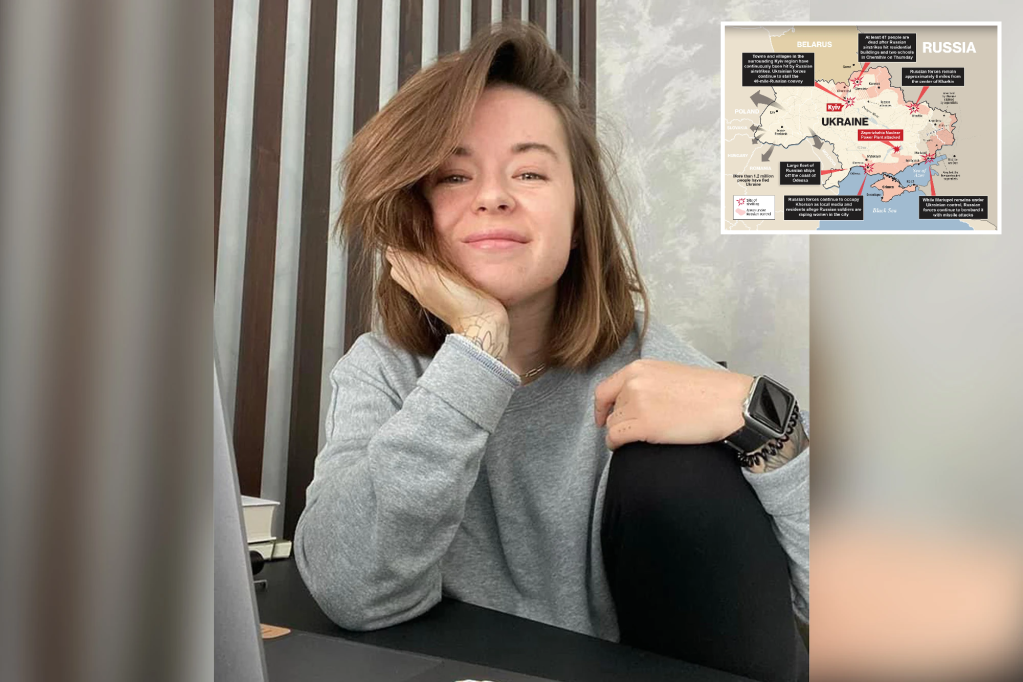