Vegan diets are just as healthy for cats and dogs as meat-based pet food, according to research that will further fuel a row over whether owners should feed their pets plant-based meals.

Andrew Knight, a veterinary professor at the University of Winchester, said his research showed that cats and dogs had as good, or better, health outcomes on plant-based diets as they did when fed on meat pet foods, provided these were carefully formulated with additional synthetic nutrients.

Knight’s findings came after warnings that pet owners could be in breach of the Animal Welfare Act 2006 if they fail to feed a “suitable diet” meeting their dog’s nutritional needs – a £20,000 fine or a 51-week jail sentence could ensue.

Although the act does not stipulate vegan or vegetarian meals as unsuitable, Justine Shotton, president of the British Veterinary Association, said: “We would not recommend feeding a dog a vegan diet as it is much easier to get the balance of nutrients wrong than to get it right, leading to a risk of dietary deficiencies and associated disease.”

She added that any changes to pet diets “should only be undertaken under advice of a vet with in-depth nutritional knowledge”, and that people had a “duty of care towards their pet”, including ensuring an appropriate diet.

The head of veterinary services at the Blue Cross charity also advised against feeding pets vegan food. “Pets need a balanced diet, cats in particular have very specific nutritional needs which would be unlikely to be met by a vegan diet,” she said.

The unpublished findings of Knight’s research form part of a larger study that found that plant-based pet food was both nutritionally equivalent to products containing meat, as well as enjoyable for pets to eat.

“Dogs, cats and other species have requirements for nutrients, they don’t need meat or any other particular ingredient. They need the set of nutrients, and provided those are supplied to them in a diet that’s sufficiently tasty that they’re motivated to eat it, and digestible, we’d expect to see them thrive. And that’s what the evidence seems to indicate,” Knight said. “The claim is animals on vegan diets will necessarily become ill and it’s somehow cruel to maintain them, is contrary to the scientific evidence in this field and is ignorant.”

Cats are carnivores and need several proteins in their diet, such as taurine. However Knight said that these were typically degraded in highly processed pet food and needed to be added back to the food synthetically.

He added that it was easier to convert dogs to plant-based diets, since they were omnivores – the outcome of evolving alongside humans and eating scraps from meals cooked during prehistoric times.

Guy Sandelowsky, a vet and founder of the vegan dog food company Omni, said his products, which typically included sweet potato, brown rice and pumpkin, contained 30% more protein than most meat-based diets and were carefully formulated to meet all of a dog’s nutritional needs. “It’s completely ludicrous to make a sweeping statement about plant-based diets,” he said. “It’s when people make the food themselves that they run into problems.”

According to the market research firm Mintel 34% of dog owners are interested in regularly feeding their dogs plant-based foods. Sandelowsky said this reflected a growing interest in sustainable living, since according to a UCLA study, pet food generated about 25% of the environmental damage associated with the meat industry, equivalent to 64m tons of carbon dioxide a year, or having the same climate impact as a year’s worth of driving from 13.6m cars.

He added that the option tapped into a growing trend towards treating pets like children, including encouraging them to eat better quality food, and reflected concerns over the link between processed meat and cancer and obesity in humans.

Elisa Allen, director of People for the Ethical Treatment of Animals, said consumers were also increasingly deterred by meat-based pet food since these contained “many of the same hormones, pesticides and antibiotics found in commercial meat products for humans – along with animal parts deemed unfit for human consumption”.

Wed Oct 20 , 2021
MINNEAPOLIS, MINNESOTA, US — The BASF and Cargill animal nutrition business partnership is expanding to include research and development capabilities and new markets to the existing feed enzymes distribution agreements. The companies will develop, produce, market and sell enzyme products and solutions with the goal of reducing nutrient waste, improving […] 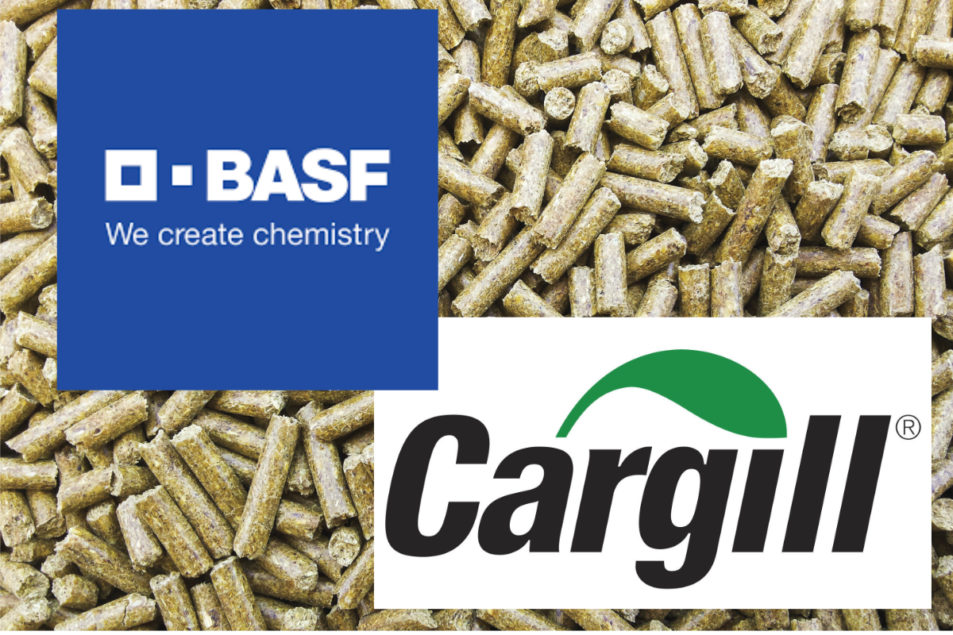