Feb. 28 (UPI) — A Nova Scotia couple whose 3-year-old bulldog gave birth to a litter of eight puppies said they immediately noticed something unusual about one of the newborns — her fur was dyed green.

Trevor and Audra Mosher of Middle Sackville said they thought their dog, Freya, was finished after delivering her first seven puppies, but while they were cleaning the canine mother she started to go into labor again.

Freya delivered an eighth puppy, this time encased in a black sac, contrasting with the translucent sacs of its older siblings.

The couple said they initially feared the puppy was stillborn, but they rushed to clean the newborn canine when she started to move.

“We started to dry her off and noticed she was green and immediately again thought there was something wrong. So we googled it, ‘my puppy is green, what’s wrong,’ and apparently it is very rare and it has happened a few times all over the world,” Trevor Mosher told Global News.

The rare discoloration, which has been documented before, is believed to be caused by light-colored puppies coming into contact with the green pigments from bile while in the womb.

“I’m kind of amazed, really. As rare as it seems to be, I feel very lucky to have witnessed it and be a part of it. I know you hear stories about things like that but to be there and witness it, it was good,” Mosher said.

Freya Mosher said in a Facebook post that the names being considered for the puppy include Hulkette, Fiona, Wasabi, Lucky Irish and Pistachio.

The couple said the puppy’s green coloring has started to fade in the days since the birth, and experts said it will continue to fade in the coming weeks until it is gone completely.

Fri Mar 4 , 2022
The video of the cat distracting the man to steal his food was posted on Instagram. Since being shared, it has sparked laughter among netizens. A video of a cat quite affectionately distracting its human to steal food from him has left people in splits. There is a chance that […] 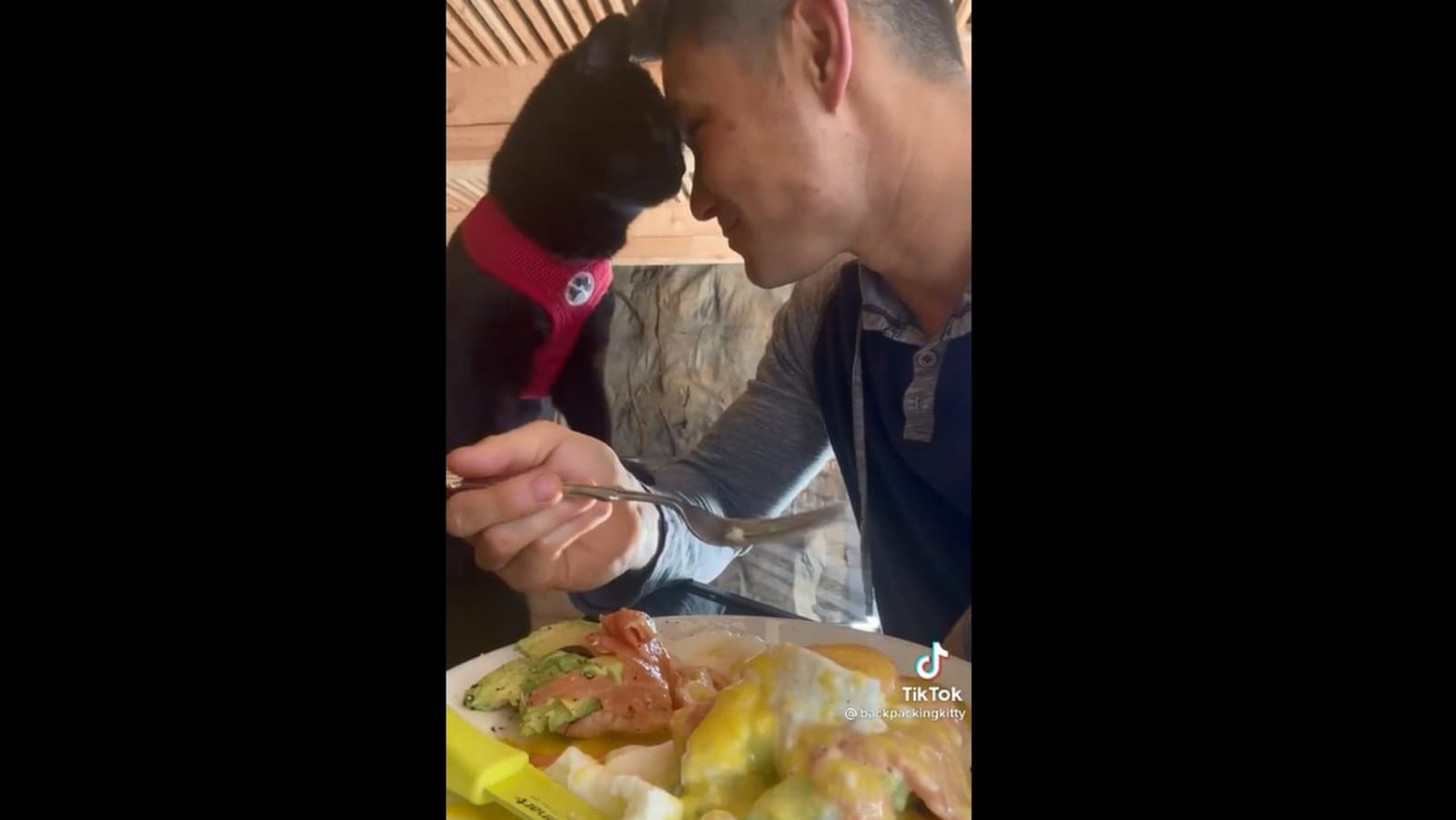