Some people see a dog out in public as an open invitation to approach and them, but it’s rude, and possibly dangerous to pet without permission.

Maybe your dog is nervous or reactive around strangers, which can traumatize them or provoke an attack. Maybe they’re perfectly content with their inner circle of loved ones and simply aren’t interested in being approached. Other times, you might be training your dog and an unsolicited approach can mess that up, or maybe you and your dog just don’t want to be bothered. And the worst case: Maybe your dog isn’t well socialized around other dogs, which could cause a fight and undo stress on both the dogs and their owners.

Whatever the scenario, you are well within your rights to prevent people and other dogs from approaching you and your pup, but this is easier said than done. Fortunately, dog owners on Reddit have some ideas for how to handle a situation like this.

Let the gear do the talking…

Nothing gets a message across like a sign saying don’t do that. There are several products out there designed specifically for deterring strangers from approaching your dog. Redditors on r/dogs recommend vests or harnesses, leash wraps, even bandannas that say things like “DO NOT PET,” “I NEED SPACE,” or “NERVOUS DOG DO NOT PET.” This vendor on Etsy sells leash wraps with multiple different phrases.

Others recommend that the human should also wear something with a message, since that might be more visible than something on a leash or harness. The apparel company Ignore My Dog has devoted an entire collection of shirts and sweatshirts with that simple directive. 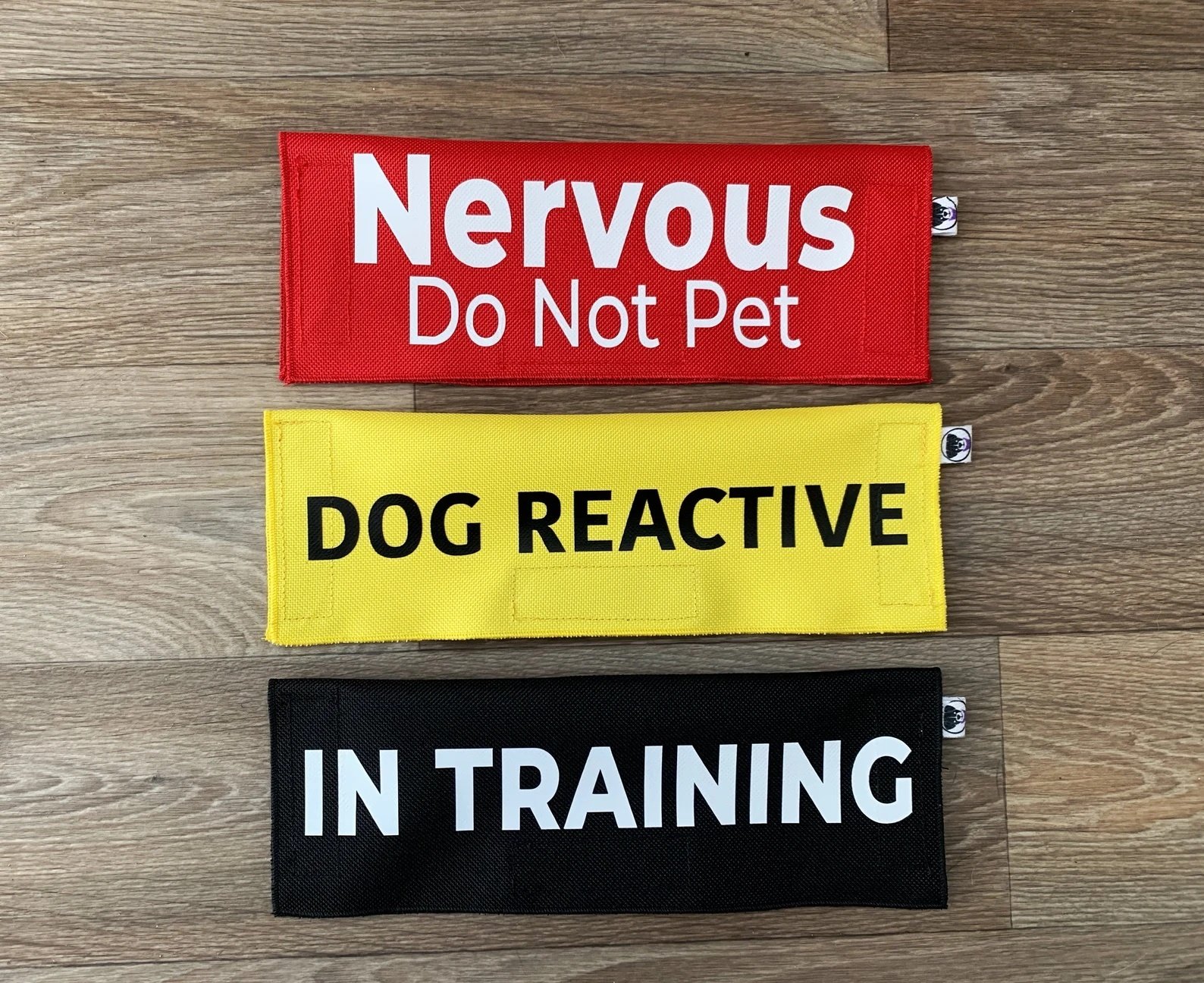 While the “DO NOT PET” sign is a popular solution for many, others shared experiences where it had the opposite effect. Redditor u/seemylolface wrote in the Subreddit r/reactivedogs that the sign just increased the attention their dog got from others.

“When I had them on my pup’s harness people wanted to come up and ask about her constantly, and when they see her they seem to think ‘she’s adorable, there’s no way she’s mean!’ or ‘I get along with all dogs, I’ll be the one she’s friendly with!’ and then just try to touch her anyway,” they said. “After removing the signs we get ignored more, which is like the exact opposite of how you’d expect it to be.”

In another post in the same Subreddit, u/pamplemoussemethode vented about the “dog whisperers” who think they are an exception to the rule and “think they are the one stranger who can somehow instantly bond with my scared dog.” 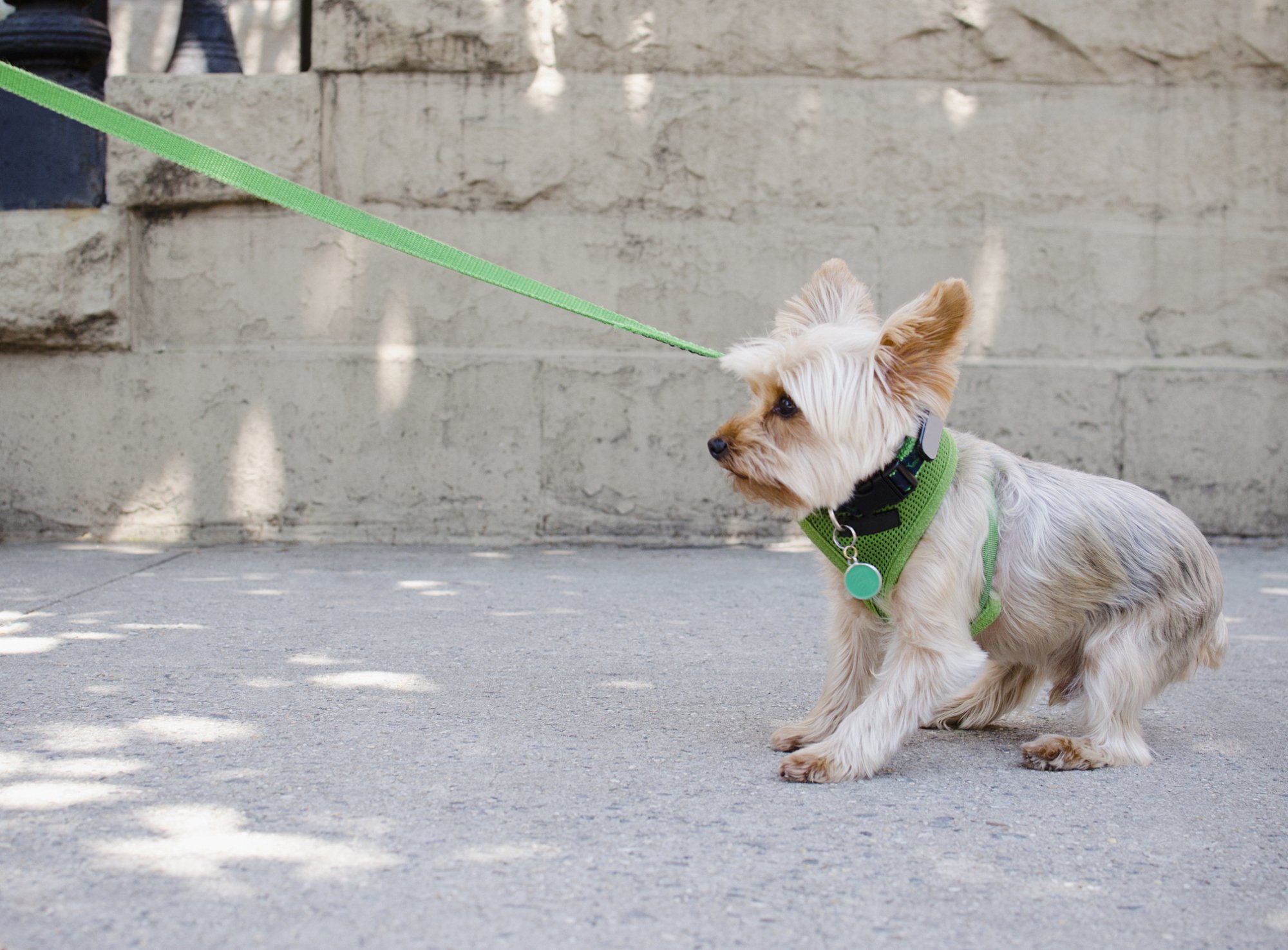 Get comfortable with shutting people down

“‘No’ is a complete sentence,” says u/bjbc in the r/dogs Subreddit. “You need to ask permission. If they say no, that’s it.”

But sometimes people try and approach your dog without asking for permission, which u/Mbwapuppy has zero patience for. “Say please don’t touch my dog, and body block if necessary.” And remember, you don’t owe them anything. “Personally, I am against offering explanations (not friendly, in training, etc.). You don’t need an excuse or justification, and offering one just reinforces the ridiculous idea that petting other people’s dogs should be the norm.”

Not all Redditors were so adamant, and most interactions with rogue petters can be breezy and friendly. But it’s worth keeping in mind that friendliness can take sometimes a backseat to safety.

Have a line prepared

The softer approach would be to come with a rehearsed line that gets the message across quickly and efficiently. “They’re not friendly” is a tried-and-true denial, but sometimes something stronger is needed to elicit an immediate reaction.

“Come up with a quick sentence that will make people pause,” said u/air_red. “I will use ‘He has fleas!’ Because it’s quick, and will make people pause quicker than me saying ‘Oh, he’s not great with people, please don’t pet him.’ At least if you get them to take a second you have the space to actually explain.” 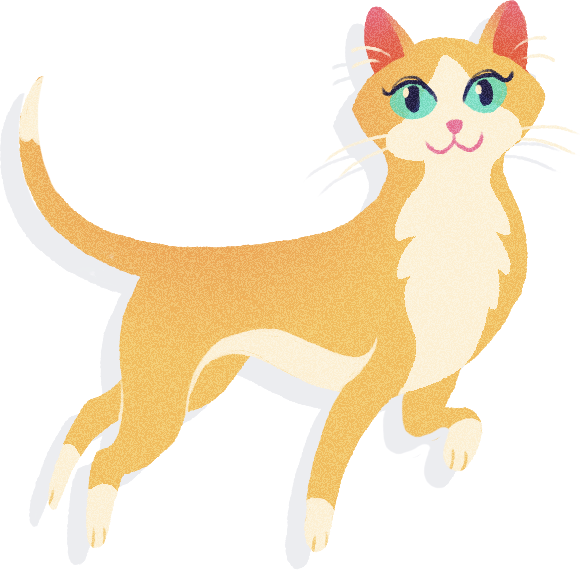 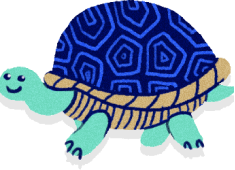 Another creative and extremely plausible line is offered by u/jeswesky: “If someone approaches just tell them, ‘Sorry, he just rolled in something dead, you really don’t want to touch him.'” Problem solved. 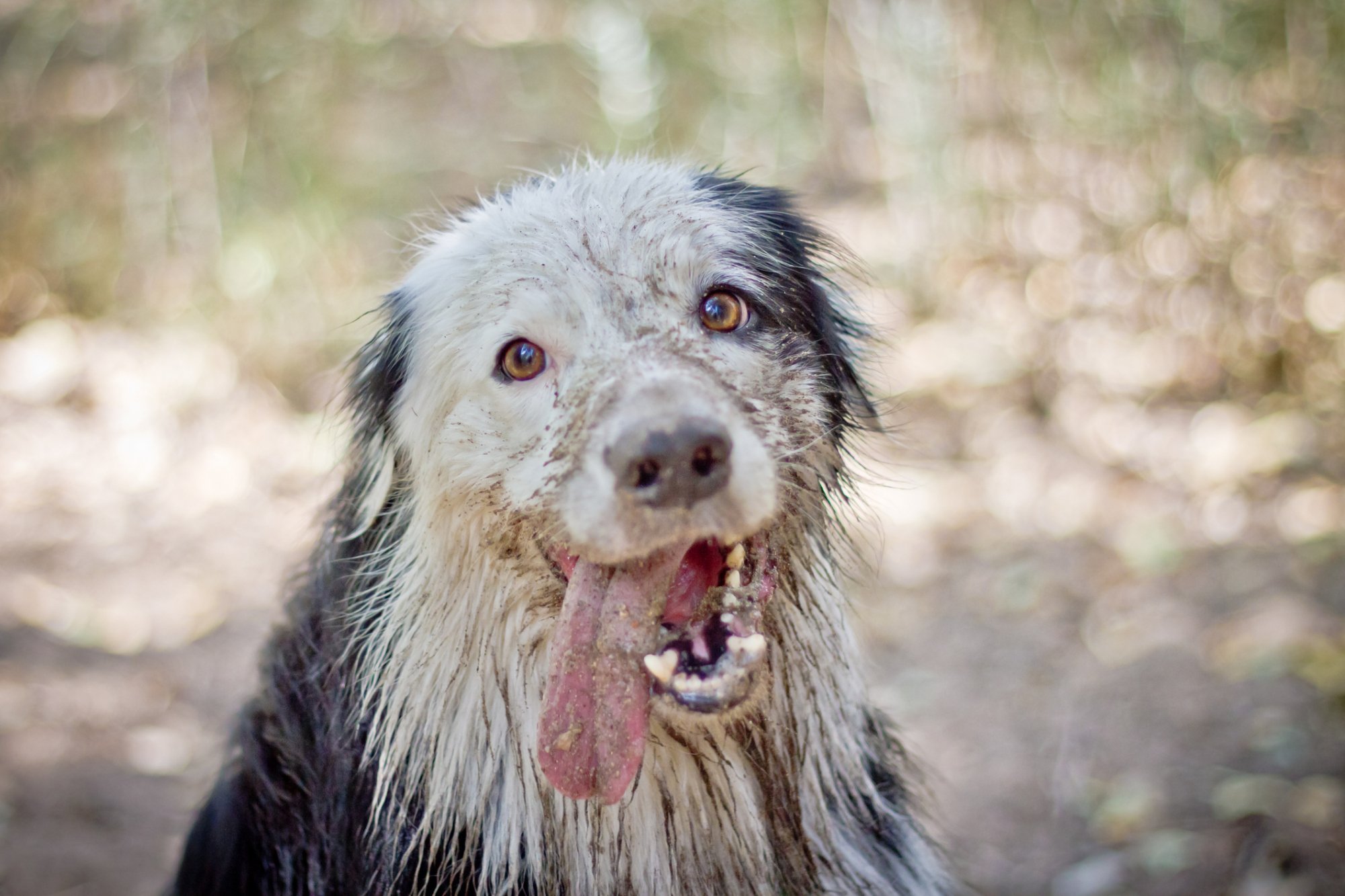 Block or walk away

If verbal and visual warnings don’t work, use your body to physically prevent someone from approaching your dog. “If you see someone approaching, put the dog behind you, and stick out your hand like a stop sign,” said u/Gold-Public4448. “This is a lot harder to ignore.”

If that’s not possible or you don’t feel comfortable, just walk away if you can. “You need to cross the street or retreat off the path,” says u/dfreinc in response to the same post. “You cannot, repeat absolutely cannot, rely on others to accommodate your dog. You know your dog. They do not. People don’t respect animals the way they should. No tag or flashing lights is ever going to change that.” 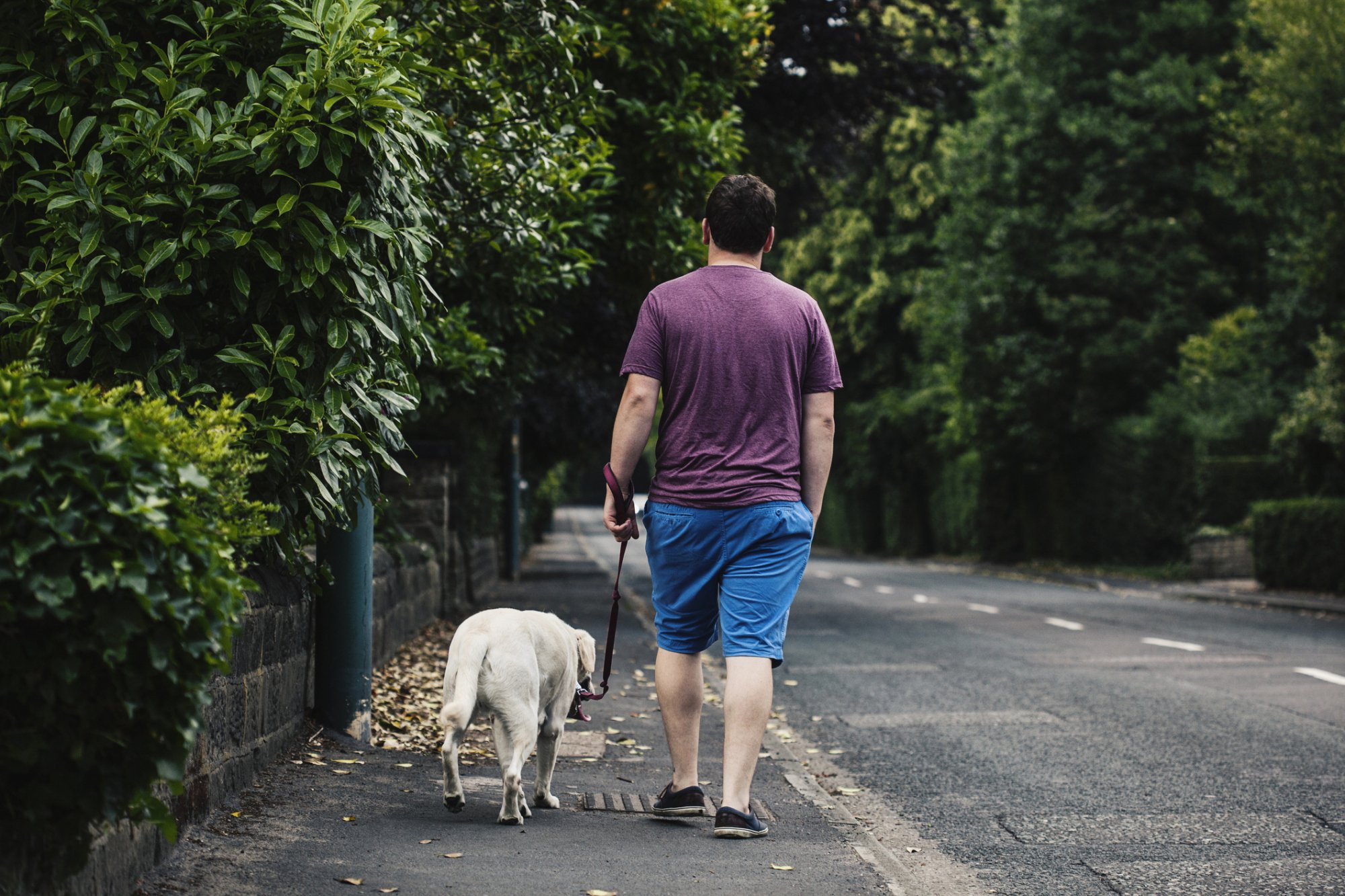 When in doubt, walk away.
Credit: Getty Images / Sally Anscombe

Whatever you do, be their advocate

“You are your dog’s advocate,” says u/seemylolface in the same comment as the one mentioned above. “Your dog can’t talk, it can’t just tell people not to come near it.”

In other words, it’s up to you to communicate your dog’s needs. Whatever methods you end up using, make sure that they are built around their comfort and safety.

Wed Apr 27 , 2022
Peanut the cat is back on solid ground after spending a few days perilously high up in a tree thanks to an expert arborist who doubles as a scaredy-cat hero. “You know, we could hear her. It took us a while to figure out where exactly she was,” said Polly […]