It’s straightforward advice which could apply to any number of management decisions that need to be made in a beef operation but for one of the country’s most experienced animal nutritionists, Queensland’s Jim Wade, it’s a modus operandi that has proven itself.

Mr Wade, who has grazing and feedlot clients across Australia, says nutrition, genetics and animal health are three critical, interlocked areas where if one is compromised the entire performance of the animal is affected.

He has become known as a guru of animal nutrition and although he trained in science, the job has moulded him into somewhat of a software creator as well, by necessity.

He has developed numerous computer programs to benefit producers in making objective, evidence and data-based decisions around supplementation.

From a program to collect the necessary measurements to a plant tissue test interpretation tool and a live weight gain prediction model, Mr Wade described these as the ‘masterpiece’ of his life’s work when he was the guest on Te Mania Angus’ latest Raw Ag podcast.

As beef producers look to become more and more efficient, they will pay for the correct supplement which addresses the requirements of their stock where there are deficiencies.

The ability to make decisions with a high degree of certainty of the outcome they will deliver is the holy grail, Mr Wade believes.

Those software tools answer the producer questions he invariably comes across: What do we feed, how much, how fast will the stock grow, how many days until we reach target weights and will we make money.

What to look for now

Even in a ripper season with an abundance of feed in paddocks, there are still nutritional issues cattle producers should be watching out for, Mr Wade told Farmonline after the podcast.

“The grass can grow so fast that it is low in sugars and energy and lacking some minerals,” Mr Wade said.

“Rapidly growing tropical grasses become fibrous and will fill cattle quickly such that they stop eating and then they miss out on nutritional quality – effectively empty calories.

“Overcast, rainy days prevent the usual level of photosynthesis and the build-up of sugars in plants.

“So we see an energy deficit – plenty of protein but not enough energy.”

Molasses supplements can come into their own in these types of conditions. Mr Wade said.

Given joining is currently underway in many beef operations, producers should also be looking out for a lack of trace elements, essential for fertility.

Macrominerals like phosphorus, magnesium and sulphur can be low even in lush, green pastures, Mr Wade said.

“Pastures in good seasons can also still be low in zinc, copper, cobalt and sometimes selenium – although be aware that too much selenium is as bad as too little,” he said.

When minerals are not right, the telltale sign is a dull or rough coat and hair standing up on top of the shoulders.

“If the cattle have a nice, shiny coat you generally have the minerals right,” Mr Wade said.

“Diets lacking in these minerals and trace elements leads to less than optimum fertility and growth rates.”

Mr Wade said there also may be some merit at the moment in adding supplementary sulphur where ticks are a problem.

The first step in formulating recipes and a nutrition plan is to measure: plant tissue tests, soil tests, water tests, manure tests and maybe even a blood test if there could be metabolic issues.

“For the class of stock you are feeding, there is a goal. Weaners will be vastly different to lactating cows, for example, but there is always a goal,” Mr Wade said.

“In nutshell, we must measure what nutrients are present in the forage portion of the diet, run it against the nutritional requirement of that class of stock and the difference is what you need to supplement.”

The mineral requirements of each class of stock are generally known but they must be delivered in the right ratios for improving uptake, he said.

“Most farmers start supplementing when they see clinical deficiencies but once you reach that stage, you have real problems,” Mr Wade said.

An interesting, and little-known, aspect to this science is that animals have a ‘built-in’ nutritional wisdom, Mr Wade said.

“A common complaint from farmers is that their cattle won’t eat the lick they’ve put out,” he said.

“If there is an element in their diet present at high levels and it’s also in a lick they won’t eat it; equally if they are deficient and that element is there, they will gorge,” he said.

“I’ve seen licks sit in paddocks for years because it’s not needed. Measuring, once again, lets you know what is needed and what is just a waste of money.”

Mr Wade is an advocate for rotational grazing and increasing plant species in paddocks.

“I see that across variations of management techniques, more species invariably means less supplementation,” he said.

For all the big news in beef, sign up below to receive our Red Meat newsletter.

Sat Feb 5 , 2022
As Dallas residents continue to shelter from frigid temperatures, its furry residents also need to be kept warm. Noting that its facilities are becoming crowded, Dallas Animal Services on Friday encouraged pet owners to bring their animals indoors — and urged people to consider fostering or adopting from the shelter. […] 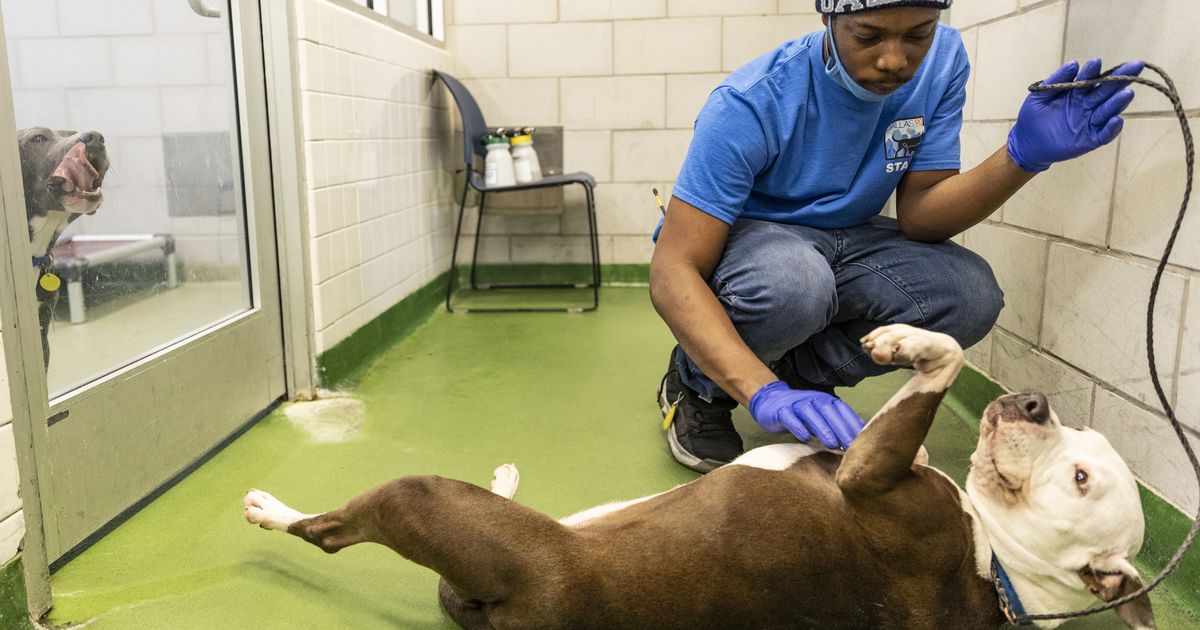