In the 1980s, two groups of researchers asked a seemingly simple question: can animals live longer by eating less? A team at the US National Institutes of Health (NIH) in Bethesda, Maryland, and another at the University of Wisconsin–Madison each fed rhesus monkeys (Macaca mulatta) diets with 30% fewer calories than given to their control animals. The Wisconsin-based team found that caloric restriction helped the monkeys to live longer, healthier lives1,2; the NIH team observed no such effect3.

To resolve the disparity, the researchers looked into the experimental set-ups. They found that even though both studies looked at the same level of caloric restriction, the specifics of the animals’ diets could have contributed to the differing outcomes4. “Diet is just another variable,” says Kristin Gribble, a molecular biologist at the Marine Biological Laboratory in Woods Hole, Massachusetts. “If it’s different between experiments, it’s an additional variable to be considered when explaining the results.”

Researchers in the past often overlooked the importance of an animal’s diet when designing experiments, says Stephen Watts, an aquatic-nutrition researcher at the University of Alabama at Birmingham. “If the animals looked happy and seemed okay, [the researchers] were okay with it,” he says.

That started to change in 1977, when a report from the American Institute for Nutrition in Rockville, Maryland, set out guidelines for ways to eliminate confounding dietary factors in medical research5. Scientists then went on to develop multiple standardized diets for animal facilities and laboratories, leading to the production of various standardized pellet foods for laboratory rats and mice. “It became very clear that nutrition was going to be one of the key components in improving rigour and reproducibility,” Watts says.

But those diets still encompass a lot of variation. And they don’t exist for many common animal models. Several were developed for reasons of cost and practicality, rather than to mimic an animal’s natural habits. So careful documentation of the experimental set-up is crucial to improving the replicability of experiments, says David Allison, a biostatistician at Indiana University Bloomington who worked on teasing out the differences between the NIH and Wisconsin primate studies. Including details about the diet used in a study can help future researchers to “decide whether they want to replicate it and how to interpret the results”, he says.

Across various species, researchers have found that variations in food can yield unexpected results, ranging from small deviations that “don’t really inform the science” to data with profound implications for the conclusions, says Allison. For instance, in one long-running study Allison was involved in, rats developed bladder stones owing to an adulterant in some batches of food bought from a commercial supplier. That meant that they didn’t have animals from which to draw statistically significant conclusions and had to go back to the drawing board to work out why it happened and fix the problem before continuing the experiment. And in another, they had a similar situation when the animals developed skin lesions because of excess vitamin A. Although these issues didn’t affect Allison’s conclusions, the observations “made our experiments not as pristine as we wished”, he says. “It’s an issue that often comes up in longevity studies, because the animal is being fed the same foods for so long.”

Even in short-term studies — and even with standardized diets — experimental complications crop up. In 2018, dietitian Caroline Tuck at La Trobe University in Melbourne, Australia, was studying short-chain fermentable carbohydrates known as FODMAPs, which can exacerbate conditions such as irritable bowel syndrome in humans. When researching diets with different FODMAP levels in mouse models, she realized that standardized laboratory diets vary widely in their levels of protein and micro- and macronutrients. “Standard chow can be so many different things,” says team member Giada De Palma, a microbiome researcher at McMaster University in Hamilton, Canada. To assess the impact of the various foods, the team fed four groups of mice different commercial foods for three weeks, and found significant differences in the microbial diversity in the caecum6, the main intestinal site of food fermentation in mice.

Tuck and De Palma emphasize that no one diet was better than the others. But, given the differences, they recommend that scientists using pelleted feeds consider whether the composition might affect their research question. “It’s really about considering it at the design phase of an experiment,” says Tuck, “rather than as an afterthought or just using whatever is routinely used in the lab.”

Furthermore, Tuck says, researchers should report the specifics in their studies. “When publishing, we talk about when the animals had access to food and water, but actually listing exactly what the diet was is really important as well.”

Careful documentation also helped to solve the question of whether caloric restriction helped rhesus monkeys to live longer. When retracing their steps, researchers at the NIH and at Wisconsin found that the contrasting findings could have been caused, in part, by the quality of the food, the timing of administration and the animals’ own choices4. For example, monkeys at the NIH had access to food throughout the night, whereas those in Wisconsin had their afternoon fruit snack removed at the end of the day.

Another route to improving reproducibility is to focus on animal welfare and encompass more variety in the diet, says Robyn Crook, a behavioural neuroscientist at San Francisco State University in California. “There’s a lot of value that comes from not having a standardized diet,” she says. Consistent data from animals that “are homogeneously extremely stressed and deprived” are not useful to research. “There’s only so much you can standardize about the life of a rat or a mouse before you start to negatively impact welfare. And then you negatively impact science as well,” she says. Gribble agrees. “Some lab diets are not even close to what those animals would be eating in the wild,” she says. “It’s not the nutritional profile that those organisms have adapted to, so that alone could change results.”

For example, researchers typically feed the nematode Caenorhabditis elegans with the bacterium Escherichia coli. But that’s because E. coli is easy to grow, not what the worms prefer to eat. In a 2020 study7, researchers routinely spotted C. elegans eating spontaneously occurring bacterial contaminants, and found that those species also occur in the nematodes’ natural environment. They also found that raising C. elegans on those species altered processes such as gene expression, development and reproduction when compared with feeding them on standard E. coli strains. When offered a buffet of six bacterial strains, the worms actively avoided some and gravitated towards others.

In her lab, Gribble feeds microscopic aquatic animals known as rotifers algae and phytoplankton. The rotifers’ traits vary depending on how their food was grown, she says: phytoplankton grown in high-light conditions tend to produce more lipid and less protein than do those grown in low-light conditions. These variations can influence the experimental results.

Similar changes in shrimp and other small aquatic species can cause variations in the animals that feed on them, such as octopus and squid. Crook says that when she keeps squid in the lab for extended periods of time, she also needs to maintain cultures of shrimp to feed the cephalopod. It’s possible to standardize the squid’s diet by controlling what its prey are fed, she says. But many cephalopods are tough to rear in labs, so some researchers rely on wild-caught animals — and wild-caught food for those animals, she adds. When running shorter experiments with octopus, her team uses wild-caught foods or live fish for reasons of cost and practicality. Crook’s research focuses on the neuroscience of pain, not on food or on animal husbandry, “but you can’t really work with cephalopods without engaging with those questions”, she says. “They’re fundamental to animal health.” Crook encourages researchers to think about an animal’s natural history when designing experiments. One of the central things about good animal welfare is allowing the animal to have some control, she says. “So why not give choices in diet?”

And a focus on animal welfare can boost scientific rigour, Allison says. Then, he says, “it’s much more likely that we’ll find effects that hold up under a broad range of circumstances.”

Tue May 24 , 2022
Remember last summer, when it emerged that a scruffy blond resident of No 10 couldn’t get a grip on his amorous urges? Well, here’s hoping Dilyn, the Johnsons’ jack russell cross, has since undergone some training. As many of the 3.2 million UK families who acquired a pet during the […] 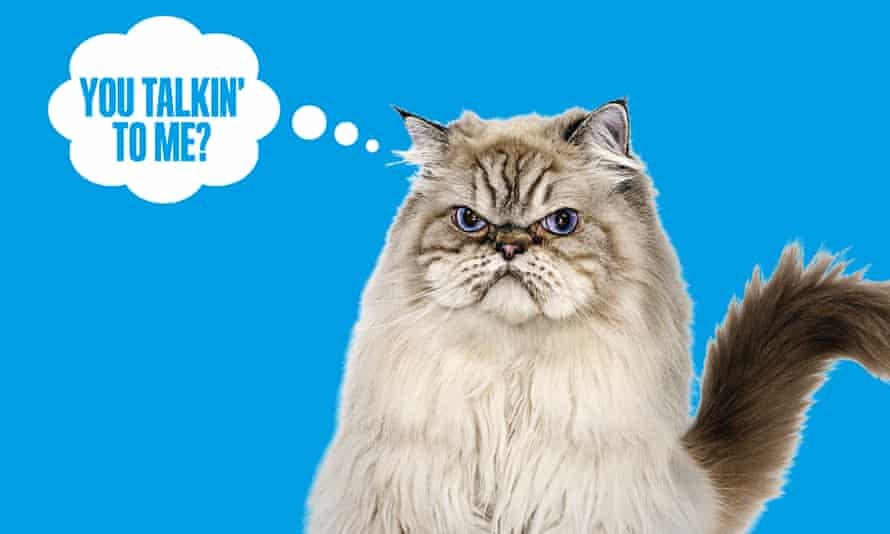