I can tolerate what they are, and even the pungent smell these things exude. What’s harder to stomach is the price tag. Each stick can cost more than $10, and my dog tears through them in a matter of minutes.

Bully sticks aren’t the only pricey pet products. Foods, treats, and chews can cost owners hundreds of dollars a month, even though they’re often made with “byproducts” of the meat and poultry industry — essentially, anything that’s not muscle tissue, like udders, spleens, bones, and, yes, pizzle.

These costs are hitting more people than ever before. During the pandemic, a whopping 23 million American households — about one in five — adopted a dog or cat. And the prices are rising, too. Pet food was roughly 12 percent more expensive at the start of this year compared to early 2020, according to the research firm NielsenIQ.

Cat or dog, mutt or purebred, your pet is probably pretty expensive, and there’s a reason why food and treats are such a big part of the cost. For one, “byproducts” aren’t really byproducts as you might think of them. More importantly, though, dog and cat owners have a trait that makes us especially vulnerable consumers: We are completely obsessed with our pets.

In a strange way, kibble is like infant formula, according to Marion Nestle, a professor emerita of nutrition at New York University who’s written two books on pet food: “You have a product that is the entire nutrition for that animal.”

Those homely brown pellets need to have the right combination of fat, protein, fiber, and nutrients to keep a pet healthy, even if it eats nothing else. (The adult equivalent might be something like Soylent.)

Kibble also needs to last for weeks or months without rotting, which requires additional ingredients. “The complexity is just amazing,” George Collings, a pet food consultant, told me, adding that juggling multiple supply chains and thousands of ingredients comes at a cost.

The ingredients can be pricey themselves, too — even the so-called byproducts of the meat industry. While Americans might not readily eat meats like liver and pizzle, there’s a market for them elsewhere, such as in Europe and China. That’s why some experts call “byproducts” a misnomer.

“They’re not scraps,” said Jennifer Martin, an assistant professor of animal science at Colorado State University. “They’re high-demand proteins and high-demand ingredients that the pet food industry has to compete for.”

The pandemic has also boosted meat prices overall. A couple of years ago, outbreaks of Covid-19 forced meatpacking plants to close. Farms responded by euthanizing an enormous number of animals, which squeezed supply and boosted costs. Those costs trickled down to the pet food industry, said Dana Brooks, president and CEO of the Pet Food Institute, an industry trade group.

Pet food producers also pour money into research. The goal, Nestle said, is to make a kibble that’s just gamey enough — that “tastes bad enough” — so that animals love it but it doesn’t smell or look so awful that people won’t buy it.

Companies run sniff tests with pets to find the most palatable kibble, Martin said. They put out a few different formulations of a particular food in a large room and then unleash dozens of dogs (or a handful of cats) to see which foods they prefer. “They really enjoy getting to participate in this process,” Martin said.

Bully sticks, specifically, face additional challenges that impact their price — such as the one rooted in biology. Only bulls have pizzles, and they only have one. Plus, manufacturers can generally only get a couple of sticks per penis, Martin said. The faltering reputation of rawhide chews has also buoyed demand for bully sticks, she said.

Pet food companies also charge a lot because … they can

Like any good company, pet food producers know their customers well; they know that humans love their animals and will do pretty much anything for them. So another reason why pet food companies charge so much is simply “because they can get away with it,” Nestle said.

Companies also know that people are paying more attention to what’s in pet food, perhaps, because they’re spending more time at home with their animals. Owners are increasingly opting for foods that are similar to what they might buy for themselves — all-natural, non-GMO, vegan, and so on. Usually, pet food trends lag about five years behind our own, yet that gap is shrinking, Martin said. “The pets don’t care about anything that’s on the label, but the owners do,” Nestle said. “They’re not selling to the pets.”

This gets at a much bigger idea: The pet food industry is, to a large extent, built on branding. If you put peanut butter in a tube and call it “Kong Stuff’n,” you can sell it for more than a jar of Jif. “They know we’ll pay for it,” Martin said. The same list of ingredients packaged by different brands of food can also cost wildly different amounts, Nestle said.

Marketing also obscures the fact that there are just a handful of major corporations behind the majority of food brands you see at the pet store. For example, Mars Petcare — a subsidiary of Mars, best known for making M&Ms and Twix bars — owns dozens of brands including Pedigree, Greenies, Iams, Whiskas, and Royal Canin. Nestle Purina, a subsidiary of Nestle, also has several brands to its name including Purina, Friskies, Beneful, Fancy Feast, and many others. A lack of competition within an industry can be bad for the consumer and bad for prices.

Brooks, of the Pet Food Institute, argues that the pet food industry is still highly competitive. And to that end, a raft of startups, from firms offering vegan meals to online retailers, now threatens to shake up the industry, which some analysts say could triple in size over the next decade.

Should you buy the more expensive pet food?

Remarkably, there’s not much research that compares the cost of dog or cat food to the health outcomes of the animal, according to Joseph Bartges, a board-certified veterinary nutritionist at the University of Georgia. “Expensive does not necessarily mean better,” Bartges said in an email. “There are no good studies evaluating this.”

That leaves a big opportunity for the industry, Shari White, Petco’s senior vice president of merchandising, told me. “I’d love to see more research on health outcomes,” she said. (She noted that Petco consults with a team of trained nutritionists and vets, and partners with brands that carry out health-related research.)

Popular diets for dogs like “grain-free,” which tend to be pricier, may not be better either, Gimlet’s Rose Rimler reported last year for an episode of the podcast Science Vs. While some dogs do have grain allergies — and it’s important to be mindful of them — these canines have evolved with us, and they’ve evolved to eat grains, she reports. (The whole episode is excellent and worth checking out.)

There’s also not much evidence that feeding table scraps to your pup on occasion is a bad idea, Bartges said, as long as you avoid foods they can’t tolerate, like macadamia nuts and chocolate. (You can find a full list here.)

Absent more information, it’s hard to know what to buy — and, as pet food author Nestle said, it’s easy to see why pet food companies might want to keep it that way. “The appeal of the more expensive foods is to pet owners who want to do right by their pets because they love them,” Nestle said. “The pet couldn’t possibly care.”

Thu May 12 , 2022
The US agribusiness group said the new mill, along with existing ADM feed production facilities in Cebu and Bulacan, will enhance the company’s ability to support customer growth in the region, through a wide range of pet food, complete feed, aquaculture, and premix solutions. Furthermore, the investment will support economic […] 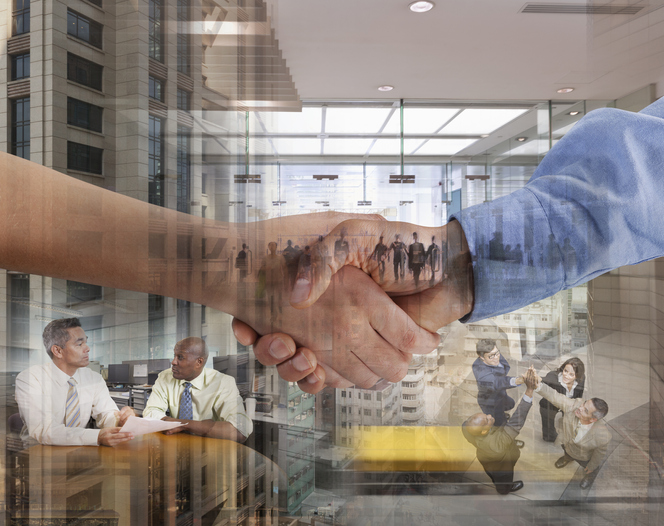