When officers arrived they rescued nearly 200 animals, but for at least two dogs help was too late.

Police in Brick, New Jersey were at a home on Arrowhead Park Drive on Friday at 7:30 p.m. where they were met by the residents, 49-year-old Aimee Lonczak and 58-year-old Michele Nycz.

During the initial interview, officers could smell a strong animal odor coming from the house. They were permitted to enter the home where they were met by an abundance of neglected animals.

Inside, there were dogs and cats in crates stacked up on top of each other.

Police called for assistance from the hazmat team as the house was covered in feces. That is also when they found two dead dogs inside the house.

It took rescuers about 10 hours to remove all animals who were sent to a number of area shelters.

Further investigation also revealed that a 16-year-old teenager, Lonczak’s daughter, was living in the house. Lonczak and Nycz were arrested for animal cruelty and child endangerment.

The investigation is ongoing and additional charges may be filed.

The best nutri-boost supplements for your pup

Sun Dec 4 , 2022
Best nutri-boost supplements Adult dogs need enough nutrition to meet their food needs and energy and to maintain and repair their body tissues. Your adult dog should receive the appropriate amount of food based on their size and metabolic rate. Pets’ activity levels might differ significantly from one another, and […] 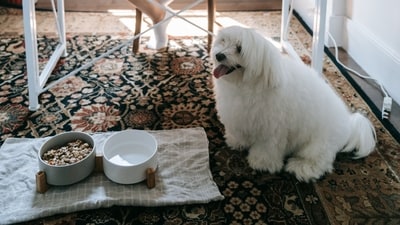