The other day, Julia Wood was at an adoption event when she noticed a black and white cat in one of the kennels, seeming to call out for affection. Wood decided to move in for a closer look.

It was then that she learned the heartbreaking story behind how the friendly cat had ended up without someone to love her.

Affixed alongside the cat’s kennel was a brief note explaining her past.

Turns out, the cat, named Ellie, had formerly been adopted — but then returned by her new family.

Apparently, they thought Ellie was just too affectionate.

“I just felt so sorry for her,” Wood told The Dodo. “She was so friendly, rubbing up against the glass, rolling around and purring. I just couldn’t believe she was up for adoption.”

Moved by Ellie’s story, Wood decided to share it. She snapped a few photos and posted them online.

And with that, soon everything changed.

Wood’s tweet went viral — catching the attention of thousands of people. Among them was Sammi Schouler.

“I was heartbroken when I learned that Ellie was returned for wanting too many snuggles,” Schouler told The Dodo. “I just knew she would fit well here, and that I could give her the love and attention she wants and deserves.”

With that, Schouler went to rescue Ellie and bring her home, where affection would never be withheld.

Ellie had finally found a forever family who’ll cuddle her to her heart’s delight — and she couldn’t be happier for it.

Now, instead of being barred from the bedroom as she had been before, Ellie has full permission to snuggle among the sheets with Schouler at night.

“She enjoys sleeping on the bed with me at night next to my head,” Schouler said.

Christmas is still a few days away, but Ellie has already received the greatest gift of all. And she’s not the only one feeling grateful that she has a cozy home for the holidays.

For Wood, whose heart was broken when she first read the cat’s sad story, and whose tweet helped change her life, Ellie’s happy ending feels like it’s wrapped up with a bow.

“I love seeing updates on her. She looks like she’s settled in and getting as many cuddles as she wants,” Wood said. “When I saw that she was getting adopted, I cried a little bit. I’m so happy for her and her new family.”

Wed Dec 21 , 2022
CHARLOTTE, N.C. (WBTV) – Because of overcrowding, Charlotte-Mecklenburg Animal Care & Control is halting owner surrenders. The shelter has been putting out desperate calls for adopters and fosters as kennels have continued to fill up more and more over the last year. “On a day that we are happy to […] 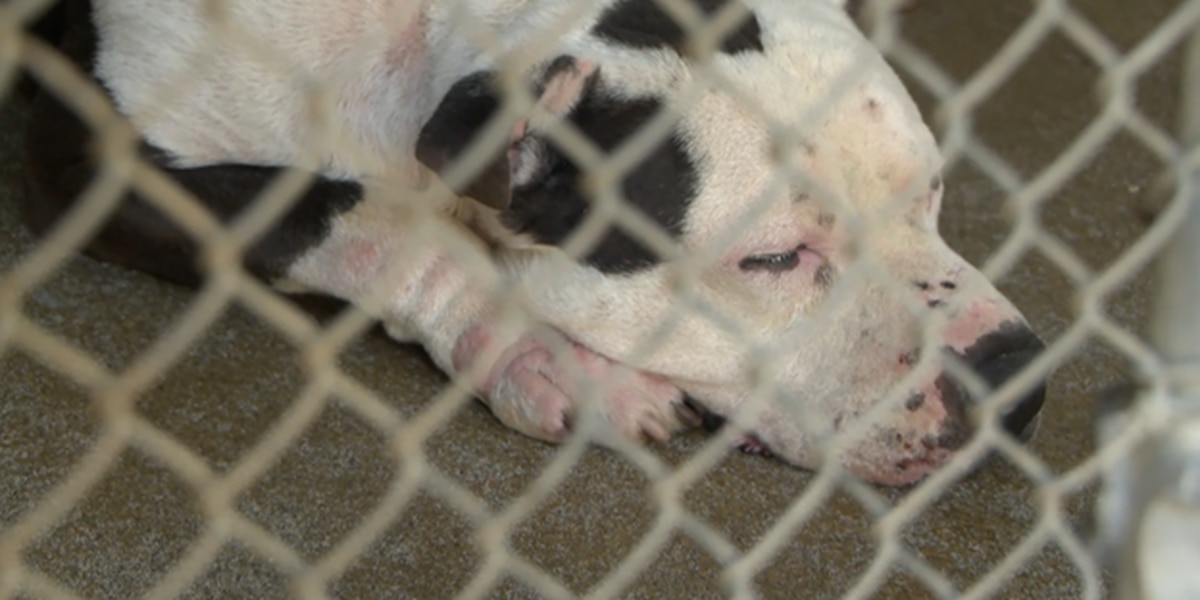