A customer carries a dog near a Petco Animal Supplies shopping bag outside a store in New York.

Pet owners might feel squeezed by inflation, but they’re still pampering their animals when it comes to food.

This week, pet products retailer Chewy said it’s not seeing any significant trade down among shoppers in pet food. Rival pet retailer Petco made similar remarks last week, though both noted a pullback in spending on products such as leashes and toys.

KeyBanc says buy Walmart, Target as both are in ‘best competitive positioning of the last decade’

The comments are in line with the trend of pet owners increasingly spoiling their cats and dogs with foods that are more like the dishes they’d feed themselves or other family members. To capitalize on the ongoing shift, Petco recently partnered with snack bar maker Clif to sell a version for pets. It also launched a line of frozen, human-grade meals for dogs.

“Pet parents are driving one of the biggest trends the pet industry has seen as they increasingly seek out fresh, human-grade food for all members of the family,” Petco CEO Ron Coughlin said in a release.

Coughlin said the growing “humanization” of animal companions is being led by Gen Z and Millennial consumers who are “hyper focused” on their pets’ health and wellness.

In addition to more premium foods, Chewy and Petco see their health products and services as a way to better compete with the low-price offerings from retailers such as Amazon and Walmart. Earlier this month, Chewy expanded its health offerings with CarePlus, a line of pet wellness and insurance offerings.

For its second quarter, Chewy said net sales rose 12.8% from a year ago to $2.43 billion as shoppers shifted toward more fresh and premium food products. Petco said its sales rose 3.2% to $1.48 billion and reported a similar shift.

Both Petco and Chewy reported softening demand in products such as crates, beds, leashes and toys over the summer months. Chewy noted that such items don’t have to be replaced as often as some other items, and that shoppers are opting to skip on them as prices rise.

Chewy said the downturn in such products is temporary and that it expects demand will recover. Brian LaRose, Petco’s chief financial officer, also said orders for the products “are delayed, not canceled.”

Still, both companies tightened their full-year guidance, in part because of the softened demand. Both companies lowered their revenue guidance for the year. Petco said it now expects adjusted earnings per share of 77 to 81 cents. It previously forecast 97 cents to $1.

Petco’s shares are down down around 24% year to date, while Chewy’s stock is down around 41%.

What Do Dogs Know About Us?

Sun Sep 18 , 2022
Quid and I have struck a deal. Every morning she flies up the stairs, leaps onto our bed, and attacks my nose with her sharp little teeth. And I am awakened. Oh wait, no; we don’t have a deal. She just does that. It is vexing and charming at once. […] 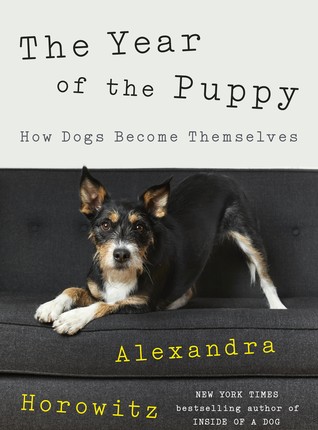