TORONTO, Dec 28 (Reuters Breakingviews) – Like dogs seeking forever homes, stray pet businesses will find new owners in 2023. Splurging on furry and feathered friends has proven to be inflation-proof, even as exuberant pandemic-fueled valuations have cooled off. Big companies are the best candidates to snap up stand-alone operators.

Americans keep pampering their pit bulls, Persians and parakeets. They are projected by Morgan Stanley analysts to spend more than $275 billion to feed, harness, groom and play with them by 2030, implying annual growth that will exceed that of expected GDP. Consumers may trade down for themselves in tighter economic times, but not when it comes to their pets. After a surge in Covid-19 lockdown adoptions, some seven out of 10 U.S. households owned one, according to a recent survey by The American Pet Products Association. Animals are one long-term investment many people are willing to make.

Some parts of the industry are expanding rapidly. Specialty retailers Chewy (CHWY.N) and Petco Health and Wellness (WOOF.O) noted in August that necessities such as kibble and healthcare products were proving resilient. Fancier fare is the latest craze. Frozen food sales have grown 36% since 2020, while refrigerated options are up about 70%, per NielsenIQ.

The pet business is no longer the cat’s meow for investors, however. The stock prices for 11 out of 12 companies chosen by Reuters Breakingviews have lagged the S&P 500 Index in the year through November. Only three of them – Germany-based Zooplus (ZO1G.H), Canada’s Pet Valu (PET.TO) and Central Garden & Pet (CENT.O) – have generated a positive two-year total shareholder return.

Many stand-alone companies that struggle with distribution and profitability, would benefit from a bigger backer. Nestlé (NESN.S) boss Mark Schneider, for one, said he is open to opportunities in pet food, while Colgate-Palmolive (CL.N) recently bought additional manufacturing facilities to beef up its Hill’s Pet Nutrition division. Privately held Mars, which acquired Canada-based Champion Petfoods and Nom Nom, also could be on the hunt.

Niche outfits such as Freshpet (FRPT.O), a preservative-free meal maker that has been targeted by pushy hedge fund Jana Partners, could be one attractive target. In 2018, General Mills (GIS.N) paid a whopping 25 times adjusted EBITDA for natural pet food maker Blue Buffalo, one indication of the healthy appetite. Given the latest financial trends, the pet industry will be roaring with animal spirits.

(This is a Breakingviews prediction for 2023. To see more of our predictions, click here.)

Mars Petcare said on Nov. 1 that it had acquired Champion Petfoods, which owns the Orijen and Acana brands, from an investor group led by Bedford Capital and Healthcare of Ontario Pension Plan. Separately, Mars also agreed to acquire pet food brand Nom Nom for an undisclosed price, Bloomberg reported on Jan. 14.

Opinions expressed are those of the author. They do not reflect the views of Reuters News, which, under the Trust Principles, is committed to integrity, independence, and freedom from bias.

Sharon Lam joined Breakingviews in late 2017, and writes about Asia’s consumer goods sector, technology and travel. She previously covered technology and culture at Forbes, and has also worked at Mirae Asset Global Investments and HSBC private bank. Sharon holds bachelor’s degrees in international relations and political science from Tufts University, and is currently based in Hong Kong.

Wed Dec 28 , 2022
On Christmas day, No Kill Louisville suffered a major setback. LOUISVILLE, Ky. — While families were digging through stockings and tearing open presents, a Louisville animal rescue suffered an unimaginable loss. Employees of No Kill Louisville walked into their Pet Food Bank facility and discovered a water pipe had ruptured […] 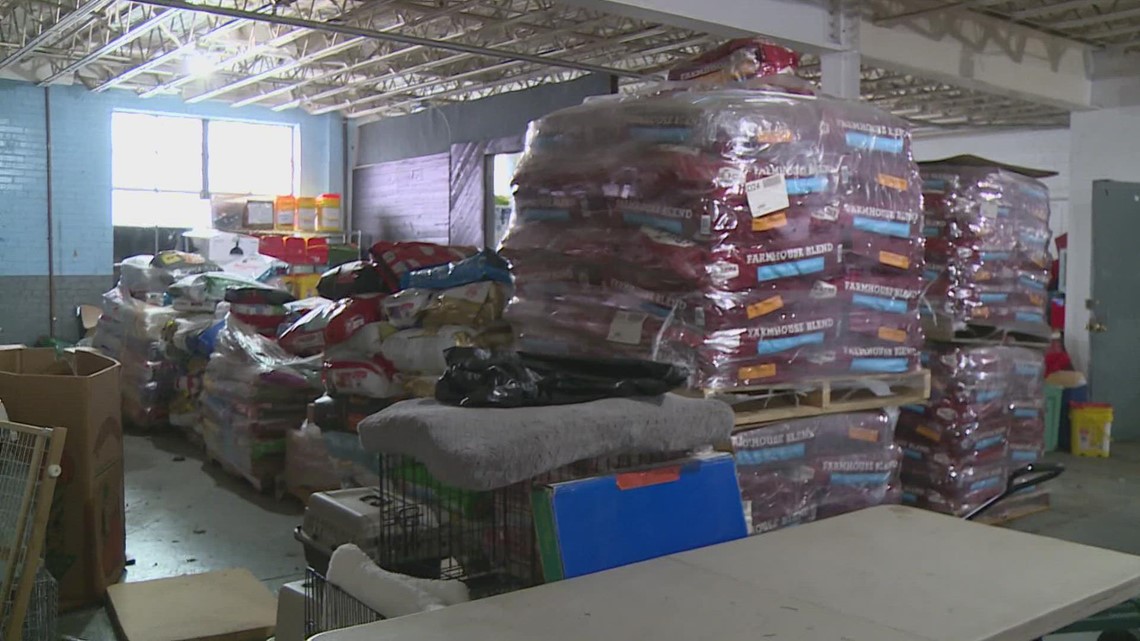