LOUISVILLE, Ky. (WDRB) — A Louisville nonprofit is trying to recover after its pet food bank was ruined on Christmas Day.

No Kill Louisville is local nonprofit animal rescue that, in part, helps families facing hard times with pet necessities like food and cat litter on a monthly basis. The nonprofit’s food bank was flooded on Sunday from a ruptured water pipe in the ceiling. Water fell for more than an hour before it could be shut off, resulting in nearly all of the dry dog and cat food being ruined, along with non-food resources and equipment.

“Two or three inches of water just flooding out, pouring out the exits, coming in from every direction above us, like the entire top floor had been flooded and it was just coming through any crack,” Ficklin said. “The water was coming down across this whole wall and tore ceiling tiles down.”

The animal rescue organization is now left to salvage its resources and assess the damage.

“The bulk of it is not usable,” Ficklin said.

The loss of supply came just before a scheduled distribution day on Jan. 7 that would support 120 families.

After posting the devastation on social media, Ficklin said No Kill Louisville has seen a huge show of support. In 24 hours, people have sent much needed donations and Chewy, a pet supply company, committed to sending thousands of pounds of dry food.

“It’s a great feeling, especially on the heels of having been confronted with the damage in here,” Ficklin said. “To have that kind of response, it’s a great silver lining, not only in the practical sense, but also in you know, the show of concern that that on an emotional level helps a lot.”

Ficklin is hopeful the help they’re getting will inspire more people to learn about all of No Kill Louisville’s programs and assist them in the future.

While the nonprofit has received enough donations to get through the next distribution day, there is still a need for volunteers for the clean up. No Kill Louisville is also asking for dry food for future distributions, cat litter and a place to store the donations for the time being.

No Kill Louisville says the best way to contact them is by emailing them at [email protected] or via Facebook messages. People can also text (502) 536-8738. To donate to the local nonprofit, click here.

Tue Dec 27 , 2022
Issued on: 26/12/2022 – 18:46 Graphic photos and videos showing the bodies of stray dogs killed by the Turkish authorities and dumped into public landfills have been circulating online since November 24, 2022. Animal rights organisations have reported that city officials are responsible for this cruelty. The mistreatment of stray […] 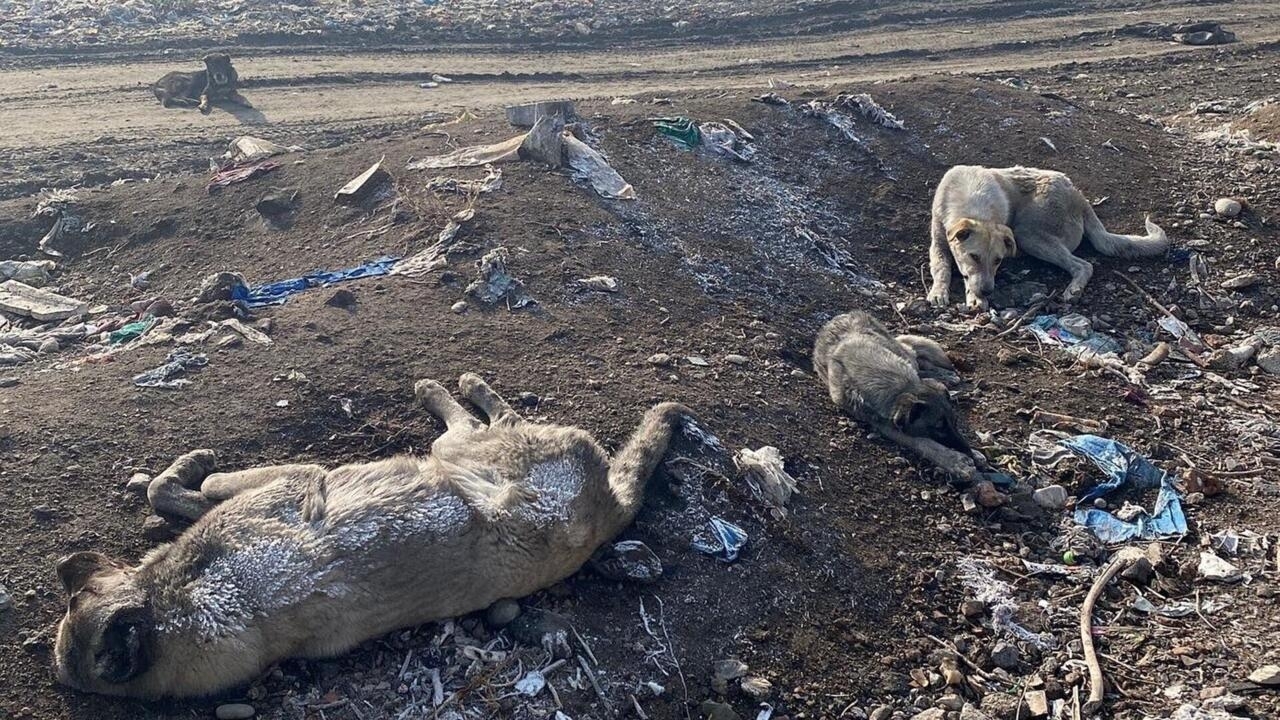