DURBIN: DIETARY SUPPLEMENT BILL NOT IN OMNIBUS —  A last-ditch effort to include legislation to overhaul the FDA’s regulatory authority over dietary supplements in an end-of-year omnibus bill has fallen short, according to Senate Majority Whip Dick Durbin (D-Ill.).

“We sure did try and couldn’t get it done, I don’t think it’s in there,” Durbin, the bill’s sponsor, told POLITICO.

BUT NEARLY EVERYTHING ELSE IS FLUID — As for other health-related goodies being bandied about for possible inclusion in the omnibus, most appear to be live possibilities as members and staff rush to wrap up negotiations by Dec. 23, when the one-week continuing resolution approved by the Senate last night expires.

When asked about specifics, such as a diagnostics regulatory overhaul or cosmetics reform, Sen. Bill Cassidy (R-La.) noted that lawmakers still don’t have the details of how much money they’re working with on different policy areas. “I’m really just hearing rumors,” he said. “I’d rather not go into the rumors.”

It’s Friday. Welcome to Prescription Pulse. Your hosts are excited to watch the World Cup final this weekend but are a little gloomy that the exciting tournament is almost over.

TODAY ON OUR PULSE CHECK PODCAST, e-cigarette maker Logic has submitted copies of two FDA memos to the 3rd U.S. Circuit Court of Appeals, saying they show that the agency unfairly reversed proposals to authorize the company’s menthol-flavored e-cigarette capsules. Grace Scullion talks with Katherine about how this court case illuminates challenges the FDA faces as it tries to regulate the ever-evolving tobacco industry.

CMS DELAYS RELEASE OF UPDATED COVERAGE FOR AMYLOID PET SCANS — The Centers for Medicare and Medicaid Services said on Thursday that it would not publish updated draft coverage determination for amyloid PET scans, originally scheduled for today, Katherine reports. The agency said that it needs to review further evidence, including newly published Phase III trial data from Eisai and Biogen about their anti-amyloid candidate lecanemab.

Amyloid PET scans show whether a person has a buildup of amyloid in their brains, which is a hallmark of Alzheimer’s disease and thought to be one of the causes of progressive dementia. Currently, CMS covers one amyloid PET scan per Medicare beneficiary, and only if those individuals are enrolled in an agency-cleared clinical trial or in cases where the test could rule out certain conditions as part of a difficult neurological diagnosis. But because, until recently, there were not drugs approved to treat Alzheimer’s, the scans were not covered by CMS for standard Alzheimer’s diagnoses.

The FDA is slated to make decisions on several new anti-amyloid antibodies in the first quarter of 2023, meaning more people may need amyloid PET scans to confirm their Alzheimer’s diagnosis before taking the new drugs. CMS only pays for anti-amyloid antibody therapies — meaning approved Aduhelm or lecanemab if approved — for patients enrolled in randomized clinical trials. Alzheimer’s advocates believe that CMS should update this coverage decision as well.

“We were encouraged to see the [coverage decision] delay,” Robert Egge, the chief public policy officer of the Alzheimer’s Association, told Katherine. “The course they were on we didn’t think would sync up as it should between this important PET decision and their thinking about what they should do with the NCD [national coverage determination] in place for treatments.”

What’s next: A CMS spokesperson declined to say when it would issue a proposed decision. The FDA is slated to make a decision on lecanemab by Jan. 6.

FTC COMMISSIONERS HEAR ILLUMINA-GRAIL ORAL ARGUMENTS — Commissioners at the FTC appeared sympathetic at a hearing on Tuesday to staff attorneys, who have appealed a loss in their challenge of genetic-sequencing company Illumina’s acquisition of Grail.

If the FTC staff prevail, Illumina and Grail can appeal to a federal appeals court of their choice.

ABBVIE WITHDRAWING FROM POWERFUL INDUSTRY GROUPS — AbbVie, the maker of the blockbuster anti-inflammatory drug Humira, is leaving two major trade associations and a business leader group, POLITICO’s Megan Wilson scooped. The drug company is not renewing memberships with the Pharmaceutical Research and Manufacturers of America, the Biotechnology Innovation Organization and the Business Roundtable, just as federal regulators begin the process of implementing the drug pricing provisions of the Inflation Reduction Act that drugmakers spent millions in lobbying to defeat.

The administration is also suggesting ways for states to boost Covid vaccinations and prepare clinical supplies and personnel for deployment if needed. The White House will also release a “winter playbook” for nursing homes and long-term care facilities, and add nursing home staff to those places that are allowed to administer Covid vaccines.

LOGIC SAYS FDA DOCUMENTS REVEAL THE AGENCY TREATED IT UNFAIRLY — E-cigarette maker Logic submitted two newly FDA disclosed memorandums to the 3rd U.S. Circuit Court of Appeals on Thursday, saying they show that the agency reversed decisions to authorize the company’s menthol-flavored e-cigarette capsules, Katherine reports. The two memorandums — one from the Center for Tobacco Products’ Office of Science and one from the Office of the Center Director — show that CTP was considering authorizing Logic’s menthol capsules based on evidence that menthol cigarette smokers may prefer menthol e-cigarettes as an alternative.

However, after some discussion that included the then-newly appointed CTP Director Brian King, both offices decided that there was still not enough data showing that Logic’s menthol vapes would benefit menthol cigarette smokers more than tobacco-flavored vapes. Combined with the potential risk of youth uptake, CTP ultimately denied Logic’s marketing authorization applications.

The National Community Pharmacists Association has promoted Anne Cassity to senior vice president of government affairs. In that role, she’ll lead the group’s federal and state advocacy, and oversee its political and external affairs. Her resume also includes working at Centene and as a health care adviser to former Louisiana Gov. Bobby Jindal.

Congress and the White House took a major step toward holding Big Pharma accountable by passing market-based solutions to help lower prescription drug prices, including solutions to keep some price hikes below the rate of inflation, cap out-of-pocket costs for seniors and ensure Big Pharma contributes to the most expensive level of prescription drug coverage for seniors.

Policymakers must continue to reject the pharmaceutical industry’s blame game and maintain the momentum to hold Big Pharma accountable.

Get the facts on market-based solutions.

The U.S. intelligence community did not move quickly to gather information about the Covid-19 pandemic, according to a report released Thursday by Democrats on the House Intelligence Committee, POLITICO’s Erin Banco reports. Republicans on the committee released a separate report claiming that the intelligence community failed to adequately address whether there is a link between Covid-19’s origins and China’s biological weapons effort.

Sat Dec 17 , 2022
Dutch ingredient supplier DSM describes itself as a ‘purpose-led, science-based’ company that leverages innovation to ‘tackle some of the world’s greatest challenges’. These include the environmental toll of food production. Last month, the group secured validation from the Science Based Targets Initiative for its ambition to reduce direct greenhouse gas […] 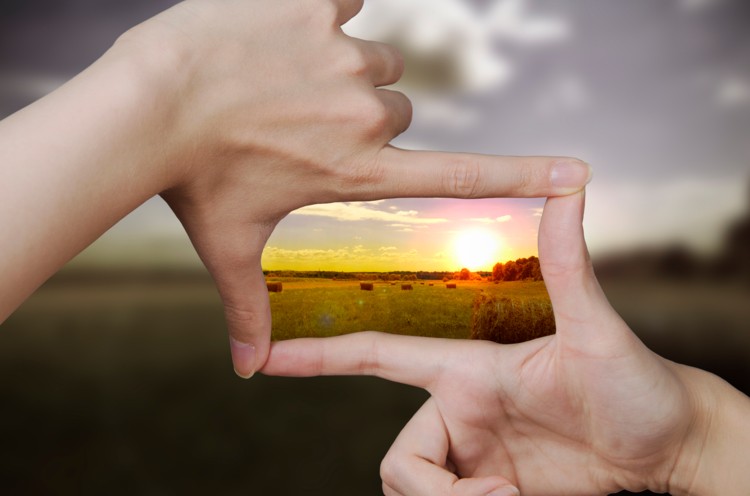