MIAMI, Fla. (WFLA) — A Florida man was cited by Miami-Dade Animal Services after photos of a dog with its fur died to look like the Pokémon character “Pikachu” went viral this week.

The Pomeranian was spotted sitting courtside at a Miami Heat game on Monday, according to NBC Miami, but the dog was already on animal officials’ radar. Animal services noticed its bright yellow fur during an inspection at the World Famous Puppies store in Doral on Dec. 21.

“Pikachu was in the store,” Kathleen Labrada, Assistant Director of Miami-Dade Animal Services, told NBC Miami. “There was a staff member holding the dog in her lap.”

Labrada said it is “unlawful for any person to possess, sell or otherwise transfer within the County any dyed or artificially colored rabbit or other animal.” One week after the inspection, animal services informed shop owner Eric Torres they are issuing a $200 citation.

It was the 16th citation filed against World Famous Puppies since they were licensed in March 2021, according to NBC Miami. Many of the citations came from customer complaints alleging the store sold them sick dogs.

“Puppies are very delicate,” Torres told NBC Miami in response to the allegations. “They do tend to have very low immune systems as they develop and so it’s the nature of the business that dogs do get sick.”

Torres said the dyed dog is his family pet and isn’t for sale. He told NBC Miami he plans to appeal the citation and claimed the yellow dye is safe for dogs – so safe that he could eat it himself.

Torres plans on leaving the dye on the dog, but will keep it outside of Miami-Dade County. He also intends to appeal the citation.

“At the end of the day, I had no idea this ordinance even existed,” Torres told NBC Miami. “We’re not allowed to have possession of [the dog] so it’s been kind of freaking me out.”

When asked about the dog going viral, Torres said, “it’s made NBA history because nobody’s ever seen a Pikachu dog sitting next to a NBA player before.”

Sun Jan 1 , 2023
A tuxedo cat in New York is looking to start off the New Year of 2023 on the right “paw” — in a brand new home. Three-year-old Janet is currently available for adoption at the Animal Rescue Fund (ARF) of the Hamptons. Janet was first found as a stray by […] 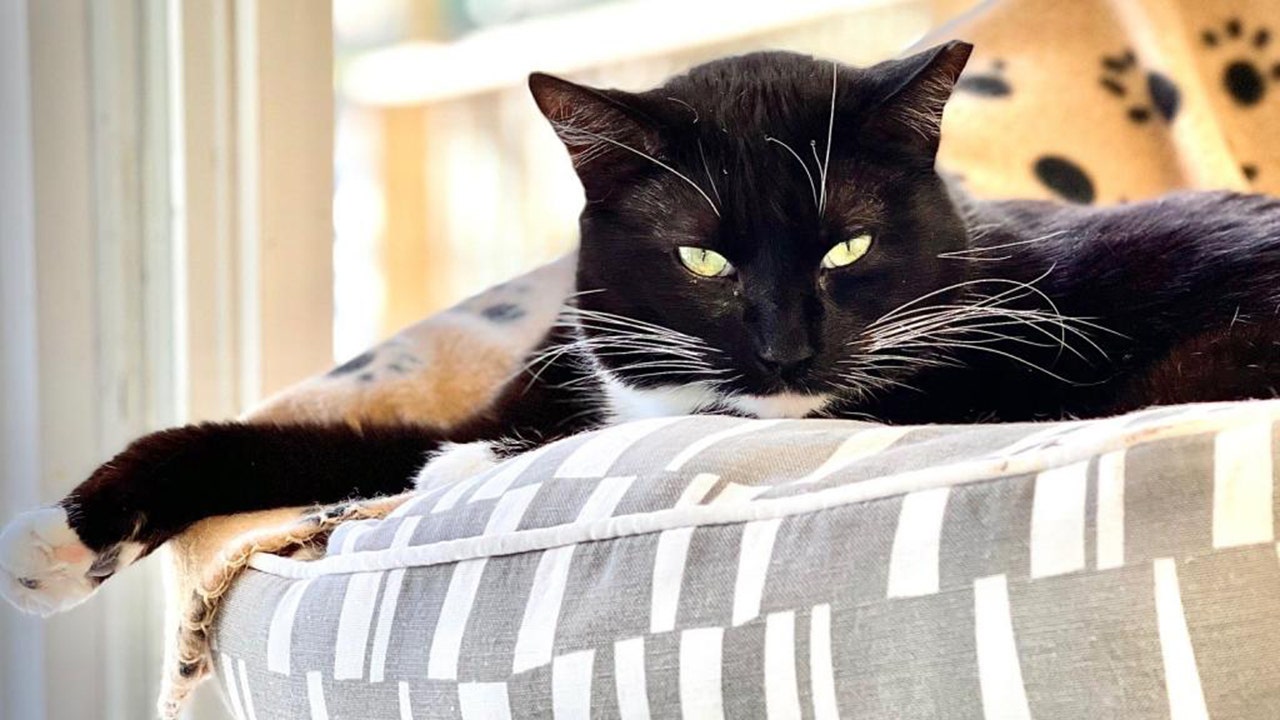