Last year a man named Ben Joergens made it a project to answer, in quite granular fashion, a few questions that apparently had been gnawing at him. First, “What was N.Y.C.’s dog population profile like before COVID-19?” he wrote on Medium, where he published the results of his research. Second: “How did Covid-19 affect interest in dog adoption in N.Y.C., especially in comparison to other types of pets?”

To do this he pored over information provided in the Health Department’s dog licensing system; scraped data from Animal Care Centers of NYC, a major shelter and adoption service; and studied Google Trends searches coming from local IP addresses for “dog,” “cat,” “guinea pig” and “rabbit.” He went on to create visualization modules that revealed, for example, that while there were lots of dogs named Lola in Manhattan and in Brooklyn, there were no Lolas in Queens, the Bronx or Staten Island. Bellas (and mutts) were well represented everywhere. There were other surprising conclusions.

To the casual observer of domestic animal life in the city, it seemed that the pandemic had made a dog owner out of nearly everyone. Was this a product of our selection bias? Mr. Joergens’s research suggested it might be. His data showed that adoptions for both dogs and cats in 2020 were higher before the pandemic, in January. But while cat adoptions climbed more or less upward through the first phase of the pandemic, dog adoptions steadily declined, then more or less flatlined from May through December 2020.

There are caveats, of course: In affluent neighborhoods like the Upper West Side, already densely populated with dogs, some people acquired their new pets through breeders or pet shops rather than through rescue agencies. Further, caring for dogs is expensive, maintaining them in New York is especially challenging and the pandemic complicated life for everyone — all of which certainly give context to Mr. Joergens’s counterintuitive findings.

Was it possible that Covid had not elevated our canine sentimentalism but instead whittled away at it? In Chelsea this seems to be the case. Early this year, Erik Bottcher, the council member newly elected to represent the neighborhood, had a vision for a strip of hardscape running through Penn South, the 60-year-old middle-income cooperative housing complex stretching for six blocks in the West 20s between Eighth and Ninth Avenues. For years he had been vexed every time he walked through the passageway. “It never had any life in it,” he told me recently. “It was an unused piece of asphalt in the middle of Manhattan.” Sometimes it became a nexus for drug use.

Although the land runs through the Penn South campus, it belongs to the city’s parks department. Mr. Bottcher thought it would make an excellent spot for a temporary dog run while the area’s primary location, Chelsea Waterside Park, farther west, was closed for renovation. A petition circulated to stop it even before the project took hold. Working with the Parks Department, Mr. Bottcher succeeded in his ambition, and the dog run opened in the spring.

Dissent mounted, however. Noise complaints were made to 311; the dogs were too loud. Still, there were hundreds of supporters on the other side who were moving to make the dog run permanent. Money had already been raised toward this effort. To address complaints about barking, the pro-dog-run faction had volunteers approach owners and ask them to “politely” lower the volume of their pets; they put up signs and “modeled” how to discipline barking dogs themselves. Volunteers were sweeping up leaves. “We have set up doggy poop container bags every 10 feet,” one supporter pointed out at a special committee of the local community board a few weeks ago. He insisted that they were changing the “culture” of the dog park.

This was, however, hardly a consensus view. “The frequent uncontrolled and piercing barking that occurs from 8 a.m. to 8 p.m. every day,” as one speaker at the meeting put it, left residents of the buildings adjacent to the park at risk, she believed, of stress-related incidents, including “high blood pressure, speech interference, hearing loss, sleep disruption and lost productivity.” There were nuns in a nearby convent. Had anyone asked them if they wanted a dog run?

Beyond that, there was disagreement over how the dog run affected the older residents of Penn South, considered, a “naturally occurring retirement community.” One view held that the dog run was “too chaotic with big dogs running around” and that older people were afraid of being knocked over, while the other maintained that the dog run was necessary because the round trip for older or disabled pet owners to different dog parks was too long and cumbersome. There was discrepancy over what those distances actually were. One mother mentioned that her 13-year-old daughter often walked the family dog; going somewhere else would take her past halfway houses, and this was “not awesome.”

Some suggested that with windows closed, the barking was not disruptive — that much of this leaned into hyperbole. Essentially the position of the dog-run antagonists boiled down to what one resident who spoke at the community meeting described as a “common-law right as shareholders and human beings to enjoy the peaceful possession of our apartments.” The fact was that more and more people were working from home and looking for a kind of serenity that urban life was not set up to accommodate.

Social isolation and psychological fallout have supplied some of the worst collateral damage of the pandemic. Weren’t dogs and active public spaces antidotes to this? The most powerful argument the proponents of the park have waged is that it has delivered happy interaction, barking be damned. “When I walk by, I see neighbors talking to each other and laughing together,” Mr. Bottcher said. “That’s not something you see a whole lot of these days. It’s a place where neighbors get to meet each other. We need more spaces where people can connect and create community.” In the middle of the community board discussion, held on Zoom, a young guy in a plaid shirt showed up with his Husky next to him to make the case even more emphatically: “If there is a world where this is going to be completely shut down — no.”

Unlikely Friendship Between Cat and Parrot Is So Special

Fri Nov 25 , 2022
Sweetest pals ever. If you told us that cats and parrots can live in the same house and actually be friendly towards one another we probably wouldn’t have believed you.  That is until we saw this adorably amazing video that TikTok user @Friendsfurrever posted. You won’t believe how preciously bonded this […] 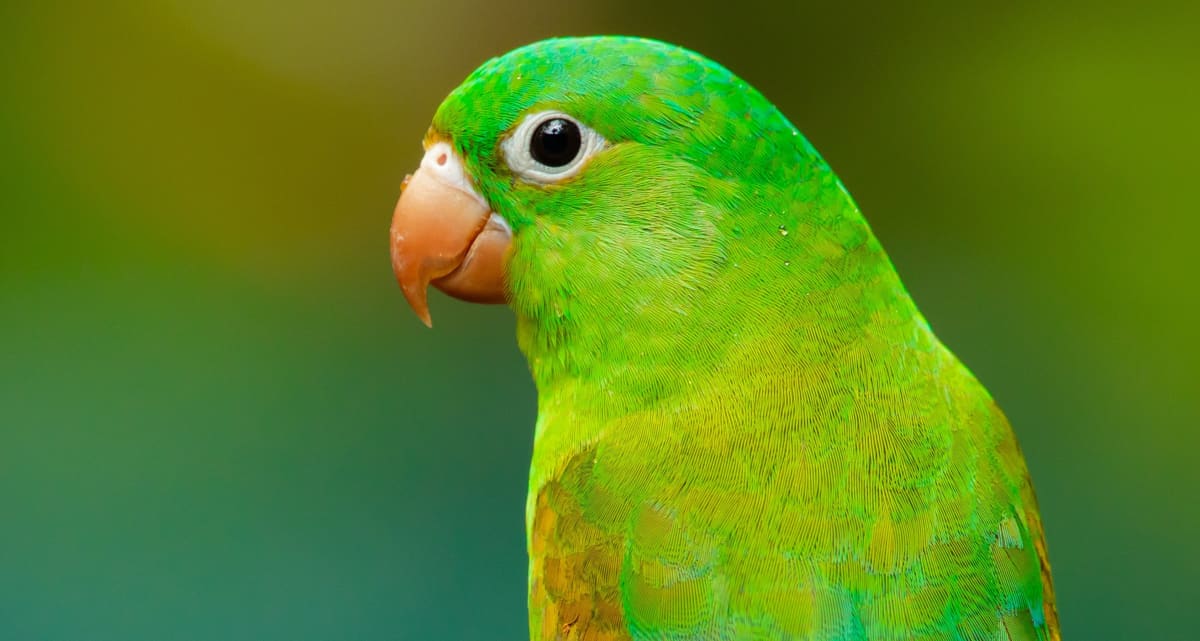