Neuralink, Elon Musk’s medical implant company, is facing a federal probe over possible animal welfare violations, according to a report from Reuters. The investigation, reportedly opened by the U.S. Department of Agriculture’s Office of the Inspector General, focuses on Neuralink’s practices when it comes to animal testing and treatment, said Reuters—attributing the information to two unnamed sources.

Musk’s stated goal with Neuralink is to create a device that can help people with disabilities regain motor control or possibly even their vision. He’s also outlined a vision in which Neuralink implants boost human potential and efficiency cyborg-style. But so far, the company has yet to deliver anything close to those lofty aims. Last week, it held a much-hyped (yet disappointing) “show and tell” event and demonstrated a monkey with a Neuralink implant controlling a cursor’s movements—technology that was first successfully deployed in 2006. The company has also failed to get FDA approval to start human trials, and remains at basically the same position this year as it was last.

And based on the allegations of rushed, botched animal surgeries and extensive animal suffering, maybe it’s a good thing the FDA has held off. The USDA investigation is not the first time Neuralink has been suspected of violating best animal welfare practices.

The animal rights group, the Physicians Committee for Responsible Medicine, has been pressuring Neuralink to release almost 400 photos of test monkeys the group claimed were tortured and abused by the company for months at a UC Davis lab. The group filed a legal complaint against Neuralink with the USDA, alleging horrific accounts of animal mistreatment including monkeys having their skulls pried open, experiencing vomiting and exhaustion, and self-mutilating in response to extreme stress.

In addition to documentation of the USDA probe, Reuters also reported that 20 current and former Neuralink employees had spoken with the outlet and that it had reviewed some company records.

In all, Neuralink has killed somewhere around 1,500 animals since 2018, Reuters wrote. The company tests on monkeys, pigs, sheep, and rodents—as do most other medical and pharmaceutical companies. In fact, animal testing is required by the Food and Drug Administration before a medical product can be approved for human use. Though the number of deaths is, on its own, not indicative of wrongdoing, multiple past and present employees told Reuters that many of those animal deaths were preventable—the result of flawed and rushed work. Experiments involving at least 86 pigs and two monkeys were botched by easily avoidable mistakes like inserting incorrectly sized implants or putting the device in the wrong location, the outlet noted.

One employee reportedly referred to some of Neuralink’s recent animal surgeries as “hack jobs.” Others told Reuters they’ve attempted to raise their concerns internally, and at least one former employee said they were rebuffed by a senior executive at the company for their requested changes. The exec allegedly said a more standard testing protocol wasn’t possible because of Musk’s constant demands for faster work.

Gizmodo reached out to Neuralink with questions, but did not immediately receive a response. However Musk has vocally denied any animal rights violations. At last Thursday’s “show and tell” the CEO said, “our monkeys are pretty happy…We are not cavalier about putting devices in animals.” The company also publicly released a February blog post contesting the accounts of abuse at UC Davis. That post notes that Neuralink’s animal testing and care facilities have never failed a USDA inspection. “We are absolutely committed to working with animals in the most humane and ethical way possible,” the company wrote.

The USDA’s OIG told Gizmodo it “neither confirms nor denies the existence of any such investigation,” and declined to comment or respond to Gizmodo’s questions. Though the USDA’s Inspector General is mostly an internal watchdog, tasked with reviewing the USDA’s own departments, the office also oversees some external animal welfare investigations and has previously investigated dog fighting and cockfighting rings.

How To Care for an Aging Pet With Love, According to Vets

Sat Dec 10 , 2022
Aging comes for everyone, including our pets. As they get older, they require special care to ensure they thrive in their golden years, just like humans do. Many senior pets are susceptible to age-related health issues, such as arthritis and cognitive dysfunction, and these can often manifest in ways that […] 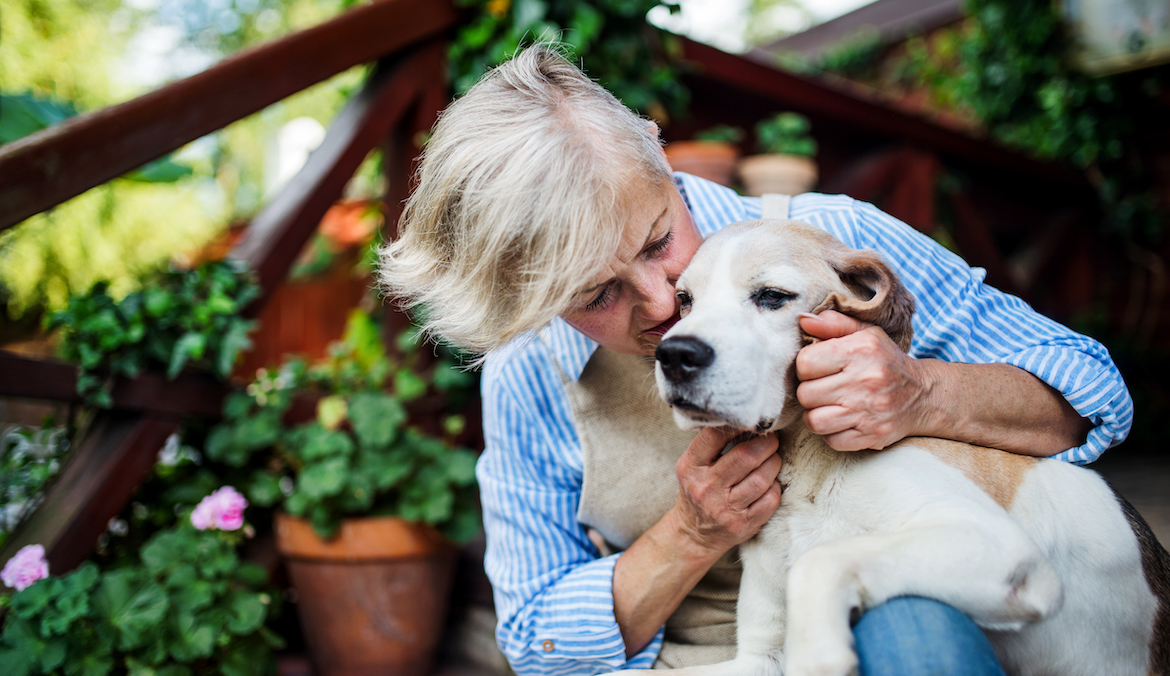