Second in a series.

The sudden loss of Big Blue triggered a derailment in the brains of the two young men who loved him. He was special to them and, yes, he ran loose but so did lots of other free-spirited Placitas dogs. It was a time of peace, love and rock ‘n’ roll.

When you hang out with like-minded folks you can forget that others may see things differently. If a neighbor is bothered by your dog showing up at their house you would expect them to say so. The possibility of nefarious behavior toward pets was dismissed out of hand. Surely this was an isolated event.

After the grief sunk in to Big Blue’s people I offered to keep his body until they decided if they wanted to bury it or have it cremated. They called the next day, requesting a necropsy (autopsy, in human medical parlance). They’d talked with their neighbors. The general consensus was a worry that this may not be an one-off event. I conducted the necropsy and submitted stomach contents to the state diagnostic lab.

Big Blue did not die of d-CON poisoning as I had suspected but from a far more deadly anticoagulant called diphacinone. Just as easy to procure, but significantly more potent, this nasty rodent killer is sold under the trademark Tomcat. The bait traps are considered “pet proof” but not if the stuff is made available to roaming dogs by malicious intent.

Diphacinone was lesser known in 1979. It is so dangerous that even Mighty Mouse, consuming just a small amount, would lose his ability to clot. The minor bruising he would sustain from scurrying about and tearing into a sack of peanuts would bleed continually over three to five days. Sluggish from his advancing anemia he would be an easy mark for a natural predator like Big Blue to catch and swallow whole. The minute quantity of diphacinone from this live snack could also have ended this 80-pound dog’s life. But the toxicology report indicated that a much larger amount had been ingested.

Next week: No accident.

⋄ For help with behavior problems, you can sign-up for a Zoom Group Conference on my website, drjeffnichol.com.

Dr. Jeff Nichol is a residency-trained veterinary behaviorist. He provides consultations in person and in groups by Zoom (505-792-5131). Each week he shares a blog and a video to help bring out the best in pets and their people. Sign up at no charge at drjeffnichol.com. Post pet questions on facebook.com/drjeffnichol or by mail to 4000 Montgomery NE, Albuquerque, NM, 87109.

We want to hear from you. Please email [email protected]

Fri Sep 30 , 2022
WASHINGTON — It’s not just curiosity killing the cat anymore — it could be the Army. The Army Medical Research and Development Command has quietly allowed shooting cats and dogs for wound experiments despite a 1983 Defense Department ban on the practice, according to a policy update obtained by The […] 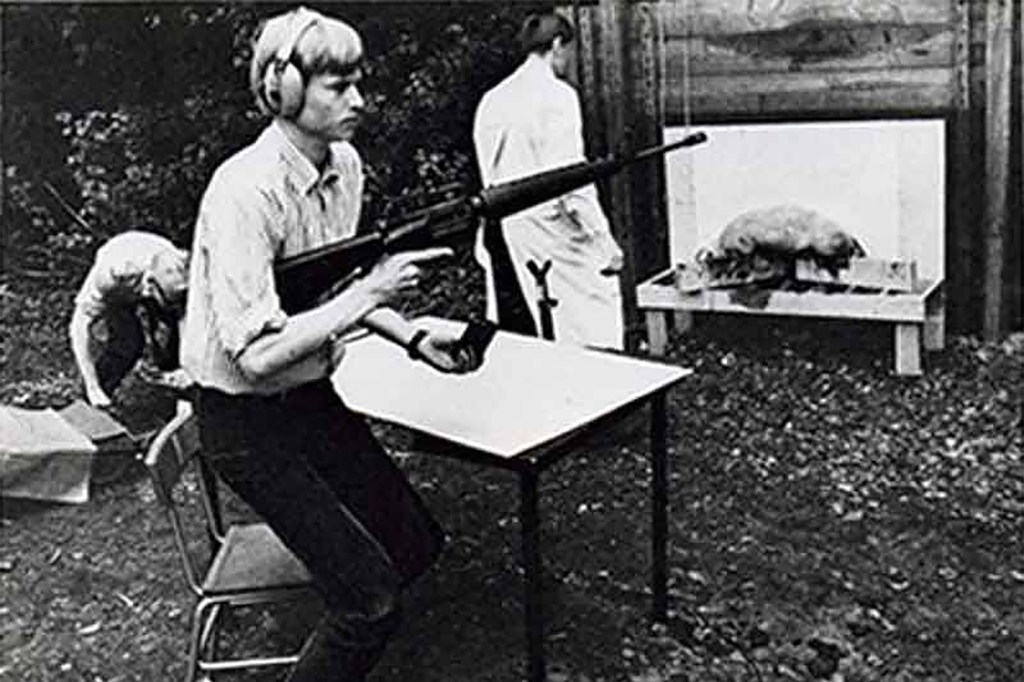