When Nicole Yancy’s dog, Riley, began displaying erratic behavior on a recent Sunday afternoon, she and her boyfriend anxiously called around to local emergency veterinary clinics to no avail.

One clinic said they were too short-staffed. Another told the couple they were so backed up that they could only see pets in life-threatening emergencies.

The next morning, after finally getting in to see an emergency veterinarian in Latham, they were told their dog had an enlarged spleen and liters of blood in her abdomen. They had to euthanize her the next day.

Yancy’s story is not unique. Across the country, state and locally, there is an unprecedented veterinarian shortage that has overwhelmed practices with a deluge of clients and stretched an already overworked industry to its limit.

“I understand there is a shortage of help and it’s hard on everyone. I just wish there was some way we could’ve gotten help that day we called around. I feel like she would’ve had a similar outcome either way, but it was disheartening to hear they couldn’t see her ‘unless she’s dying’ when she actually was dying the entire time,” Yancy said.

Turning animals away has become an all too familiar response for veterinarians who face mounting pressure from demands for pet care intensified by the COVID-19 pandemic. And it’s a trend experts expect will worsen, with nearly 41,000 additional veterinarians needed to meet the demands of companion animal health care by 2030, according to a recent study from MARS Veterinary Health.

The crisis has been set into motion by a number of contributors. For one, the number of retiring veterinarians has outpaced those entering the field, said Tim Atkinson, executive director of the New York State Veterinary Medicine Society.

The staffing shortage, however, does not mean that fewer people are pursuing the career, Atkinson said. Classes are still full at veterinary schools throughout the nation. Instead, there are also factors at play that have led long-term veterinary staff to leave the field.

At Albany County Veterinary Hospital, the loss of one of its veterinarians and a relief doctor have placed a heavy burden on the two who remain, including the practice’s owner, Virginia Jarvis.

Prior to the pandemic, Jarvis, 55, began cutting back her hours as she approached retirement. Now her weeks are overbooked, and each day is spent treating 20 to 25 clients including a record number of urgent cases.

“The emergency clinics are so short-staffed that whereas before we had the ability to transfer patients that we couldn’t see or (see them) after hours, that’s now limited in the Capital Region for the first time in 30 years,” she said. “We have to figure out ways to keep treating patients when we don’t have any overflow capability anymore.”

Jarvis said she put out a hiring ad for an associate veterinarian about a year ago but received little interest and recently took it down. The shortage, she believes, is due to so many veterinarians leaving the field in the early days of the pandemic, including not only retirees but also those that became overwhelmed by pandemic-era pressures of working in the clinics.

“I think during the pandemic, a lot of people saw it as a good time to get out, then things progressed and we quickly became overwhelmed with all of the people staying home with their pets and it became too stressful because we weren’t able to take care of everyone that needed us,” she said.

In 2019, 63 percent of the nation’s active veterinary workforce was female, according to the American Veterinary Medical Association. Jarvis said the gender gap likely contributed to some leaving the field after enduring the stress of seeing clients all day while also having to take care of their families.

The only solution, she said, is for more veterinarians to enter the field to take the places of those who’ve left — but with veterinary medicine having always been a career of passion, the heightened strains of the job might be enough to dissuade some potential students.

“There’s definitely more stress, more grief. It really hurts when I’m unable to find a place to transfer a critical patient at the end of the day, or when I need to turn an animal away,” Jarvis said.

For animal lovers, the reward of incurring a huge sum of educational debt is a lifetime spent working with animals — but as the job becomes more taxing, Jarvis said she believes young people might instead pursue medicine, where they can earn a higher salary to pay off what they owe.

While veterinary school can cost about the same as medical school — hovering around $200,000, depending on location — veterinarians earn a median annual wage of $100,370 compared to the roughly $208,000 for physicians, according to data from the Bureau of Labor Statistics. When Jarvis graduated from Cornell University College of Veterinary Medicine in 1993, she said she spent the early years of her career earning $35,000 annually while paying $600 a month in loans.

There are also more options available to those pursuing human medicine — with more than 150 medical schools in the U.S. compared to just 32 accredited schools of veterinary medicine.

In New York, efforts are under way to attract and train more veterinarians. In 2020, Long Island University welcomed its inaugural class of 100 students in its new accredited veterinary college on its campus in Brookville. The class will graduate in 2024, and the hope is the new program will help to relieve the encumbered industry.

But until then, overbooked and understaffed clinics will forge ahead with the limited manpower available.

The few that are still treating new patients are warning the public of potential delays. The Central Veterinary Hospital in Albany posted on its website that meeting the heightened demand for veterinary services at all levels has proved to be difficult for staff and that the practice has had to “prioritize sick and urgent appointments.” The practice also announced that it has cut back on its boarding services because it doesn’t have the staff to keep up.

The stresses on the industry are due in part to record-level pet adoptions during the pandemic coupled with increasing animal cruelty cases and dog intakes that have also overwhelmed local rescue organizations. For instance, Mohawk Hudson Humane Society recently ended 16 of its municipal stray-dog sheltering contracts due to the surging demand for its services.

The veterinary shortage is affecting the organization on every level, from intakes to its ability to provide care, said MHHS Senior VP of Operations Gail Hughes-Morey.

“Right now, we have all of these animals in homes where they can’t get veterinary care because people are having a hard time either affording it or getting access to it, which means a lot of people are looking to re-home their pets or letting them loose,” she said. “We’re seeing increases in intakes. We’re seeing an increase in owner surrender and strays. The number of animals coming in is huge.”

The shelter has been inundated by requests for help with veterinary care, but under state law, it is only able to provide income-qualified spay and neuter surgeries and basic vaccines — and with its second veterinarian recently retiring, the shelter has been buckling under the weight of the demand.

“Telling people no feels terrible when they’re just trying to do the right thing for their pet,” she said. “The way all of this came together and created this crisis … I feel like I’m not saying that loudly enough: it is a crisis for animal welfare.”

The shelter is hiring a second veterinarian, but it’s been difficult competing with private practices offering six-figure salaries and large signing bonuses due to desperation, Hughes-Morey said.

MHHS is also seeing a spike in its low-cost euthanasia requests, whereas it previously only scheduled one to two euthanasia appointments a week, the shelter is now booking two to three per day and having to turn people away. “The reality right now is that if your pet is sick and suffering, it might be a while before you can get them in to see a veterinarian,” she said.

Even alternative veterinary medicine is feeling the impacts.

Kristina Dallas runs Ancient Arts Veterinary in Saratoga Springs and has been a holistic veterinarian for more than two decades, helping to heal her clients’ pets with diet modifications, acupuncture and chiropractic therapy.

As a specialist without a degree from a veterinary school, Dallas is an additional resource for clients looking for sources of alternative medicine, but she is not a replacement for primary care veterinarians. Instead, she works alongside the community’s accredited veterinarians and has seen firsthand the pressure they face.

“I’m trying to fill in where I can, my assistant and I draw blood work and can help lighten the load a bit, but I can also only handle so much and I already have so many clients,” she said.

One potential solution is to change licensing requirements and establish a position akin to a general practitioner in traditional medicine that doesn’t require a veterinary degree. But this and other solutions brought to the table — from incentivizing veterinarians to practice in New York to launching new programs at state veterinary schools — are long-term solutions that offer little relief for those struggling in the present.

Instead, those that haven’t left the industry trek ahead, begging for the patience of their clients, looking motivation in the animals they save and burying the pain of the ones they don’t.

“They’re already going above and beyond, and we can’t ask more of them without them breaking. They need to sleep, they need to eat, they have to nourish themselves and recharge … so the answer is not that the vets need to be doing more,” Dallas said.

“I don’t know what the answer is. It’s really that we are all just stuck.”

Tue Dec 20 , 2022
Pet parents who give their pets supplements are a special segment of consumers. They are more likely than the average pet parent to seek information from multiple sources. This group values gaining an understanding of what is in a functional product and what it does for their pet. When seeking […] 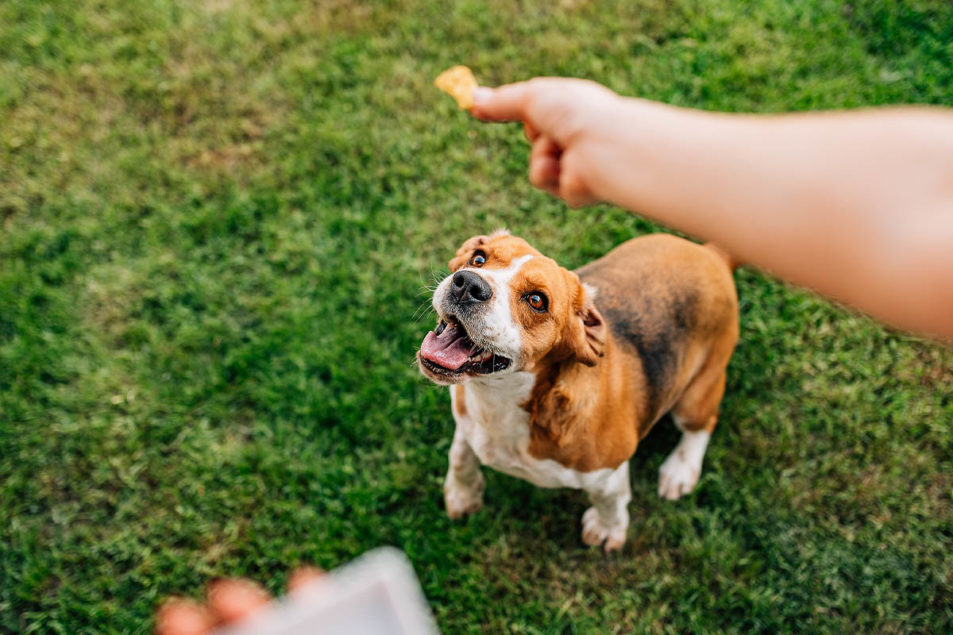