Beverly Mitchell put in long days helping dogs and cats as a volunteer at the Los Angeles city animal shelter in Lincoln Heights. Trusted by staff, Mitchell was even given keys to medical rooms that were off-limits to other volunteers so she could check on the animals.

But Mitchell’s three-year service with the city ended when she was fired in 2016. Today, she and the former head of the Animal Services department disagree on the reasons for her dismissal.

The city relies on an army of unpaid volunteers to care for animals — feeding and walking them, handling adoptions and other tasks. But unlike city employees, who have the support of their union, volunteers often have few resources if they are suspended or fired.

Some former volunteers say they have been fired after making critical remarks about the department over the treatment of animals, both in emails to staff and on social media. Some described clashes with city employees.

Seeking to bolster their rights, a group of former and current volunteers formed the Animal Services Volunteers Assn. in the fall and retained a lawyer to represent them as they navigate relations with the city.

“We’re trying to unite the volunteers, almost as if we are a union so we have a voice,” said Claudio Kusnier, a co-founder of the group who was recently reinstated as a volunteer after being terminated earlier this year. The department alleged that he failed to wear a mask at the shelter and gave an unauthorized tour of the shelter to a news crew, among other infractions, which Kusnier denies.

The nonprofit, which Mitchell also joined, is now seeking reinstatement for two recently terminated volunteers. Mitchell said she’d like to return to the shelter, but hasn’t appealed her termination.

More than 700 volunteers went through volunteer orientation program or worked at the city’s six shelters in October, according to the Animal Services department.

Carolyn Almos, who oversaw the Animal Services volunteer program until February, said in an interview earlier this year that the department’s culture is not particularly friendly for staff or volunteers.

She said during that same interview that for the “handful of staff members who antagonize volunteers, there are rarely meaningful consequences.”

Conflicts between city employees and volunteers at some government-run shelters aren’t uncommon, according to shelter experts.

But “volunteers haven’t had a lot of rights,” said Dana Keithly, a former volunteer and former employee at the Rancho Cucamonga Animal Care and Adoption Center, who is making a documentary about retaliation against volunteers by shelter operators.

A city report released in October recommended a mediation process for conflicts between volunteers and staff.

However, Agnes Sibal, a spokesperson for the department, said that Animal Services has an “internal review process for disciplinary actions that works effectively and the department is not seeking a change to the process.”

The report also said the department’s general manager decides appeals filed by fired or suspended volunteers, while Animal Services employees can appeal to the independent Board of Civil Service Commissioners, made up of mayoral appointees.

“This is an important difference and perhaps probably not a fair one for the [volunteer] appellants,” the report stated.

Juan Rivera, the department’s volunteer coordinator, said at a Board of Animal Services Commission meeting last month that the number of volunteers with “issues” is small given how many come through the shelter.

“We have a lot of volunteer support,” Rivera told the commissioners. “We have incredible volunteers that come in every day.”

The department declined to make Rivera available for an interview.

Brenda Barnette, a former general manager of Animal Services, said that problems with volunteers occur when they come into shelters thinking they have more expertise than the staff.

“They think they know it all,” said Barnette, who left the department last year.

Mitchell, the volunteer who lives in Highland Park, acknowledged that she was probably an “overzealous volunteer.”

“But I never overstepped my position as a volunteer. I felt like I was helping as part of the team,” Mitchell said. She pointed to her work during her time at the shelter, which included running a “living room” for dogs — an empty office that had been transformed with couches and chairs — so the animals could get a break from their kennels.

Mitchell believes she was fired because she cursed at a staffer. The incident happened, she said, because she had sought to adopt a dog at the shelter, only to come in the next day to volunteer and learn that it had been euthanized.

Barnette, the former general manager, said Mitchell was fired because she “isolated” herself in the living room and wouldn’t let other volunteers or the public into the area.

Animal Services declined to provide records about Mitchell’s termination or other volunteers who have been fired, saying that “disclosure would constitute an unwarranted invasion of the volunteers’ personal privacy and would be harmful to the functioning of the department’s volunteer program.”

About 19 volunteers were terminated and about 11 were suspended over the last five years, according to the department.

Court records and emails reviewed by The Times describe some dismissals. One volunteer was dismissed in 2018 after he was seen “choking out” dogs, an Animal Services staffer said in deposition testimony in an unrelated lawsuit against the city.

Porter Ranch resident Cathy Serksnas volunteered for more than a decade at the city’s West Valley shelter and said she still doesn’t know why she was terminated.

She said she earned the trust of top department staff, and would take dogs from the shelter on hikes in Aliso Canyon and let them swim in her backyard pool.

She was terminated in 2019. Later, she learned that shelter staff had accused her and another terminated volunteer, Paula Hsien, of calling the shelter vet a “killer,” which both deny. “That’s a lie,” Serksnas said. “They owe me an apology.”

In more recent cases, some terminated volunteers, including Jan Bunker — who worked at the city’s Harbor shelter — had spoken to the media about poor conditions at the city’s six shelters.

Deputy City Atty. Steve Houchin, in an October letter sent to Animal Services Volunteers Assn. attorney James Frieden, said that the “department does not retaliate or take any other adverse action against its volunteers for exercising their First Amendment rights, including for speaking to the media as private individuals.”

Houchin added that Animal Services is updating its volunteer handbook to stipulate that volunteers are allowed to speak to the media in an individual capacity, but must seek permission if they are going to be speaking on behalf of the department.

Houchin also outlined instances when volunteers have been terminated or suspended.

“This has occurred, for example, when volunteers have refused to follow staff instructions, interfered with transactions with the public, yelled at staff, entered a restricted area, or inappropriately touched a staff member,” Houchin said.

Keithly, who is making the documentary about volunteers, said these clashes fail to serve the needs of the shelter animals.

“They are always going to be the ones who are going to lose in those toxic environments,” Keithly said.

25 Best Glucosamine for Dogs Supplements in 2023

Mon Jan 2 , 2023
Disclaimer: This post contains affiliate links.  Dogs are a part of the family for many people, and they rely on their humans to keep them healthy and happy. One way you can do that is by providing them with the best glucosamine for dog supplements possible. This article will discuss […] 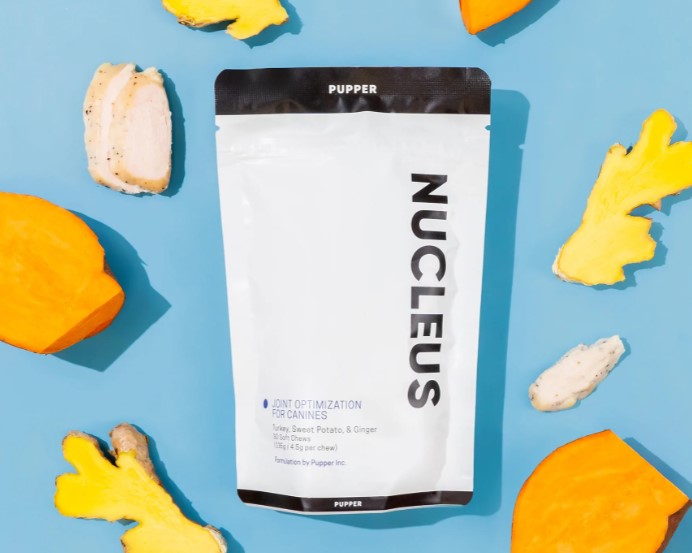