The dogs of Mo Mountain Mutts have caused a stir before.

Not by howling or barking, but by warming the hearts of canine lovers around the world.

The Mo Mountain Mutts dog walking business, owned and operated by Skagway resident Mo Thompson, has produced a few viral videos over the past year. But a video of four dogs being picked up by the Puppy Bus last month has become an undeniable sensation, receiving more than 48 million views on TikTok alone, not to mention other social media platforms.

The video, shot from the perspective of the bus driver, starts when a black and white German shorthair pointer mix named Jake hops on, meets Thompson, greets a few canine friends and finds his seat before his harness is secured. Amaru, a malamute mix, is waiting alone in the snow when the bus arrives, and quickly hops on and takes a seat. Bama, a black Lab, is next to be picked up and seated. Slade, a young St. Bernard mix, appears to be the most excitable but, after a few licks, takes a seat.

The whole scene unfolds in about a minute as the handful of dogs already on the bus excitedly wait for their friends and walking partners.

Thompson said people connect with the business’s videos on a lot of levels. But the most recent one has taken on a life of its own, with celebrities like “Schitt’s Creek” actor Dan Levy sharing it on Instagram. Earlier this week, Thompson interviewed with CNN.

One widely viewed version of the video presents the Puppy Bus pickup as the answer to the question: “What is your dream job?” On Instagram, a user commented: “I can’t cope with this. I’m logging off the internet for the rest of 2023. No need to see ANYTHING else for the rest of the year.”

“Somebody has a Lab or somebody has a pointer and they’re like, ‘That looks like my dog or that looks like their family’s dog,’ ” Thompson said. “It’s kind of like relatable because there’s so many different dogs on there, and then there’s just like, the super-mutts — all different shapes, sizes and ages. So I feel like there’s a dog to identify with (for everyone).”

The dog onboarding is remarkably orderly, which Thompson said comes with the routine of the daily walk. “Why can’t teenagers in high school act this way on a bus?” asked one TikTok user.

“The ones that come regularly, they know the drill,” she said. “They know that they’ll get to do what they want faster if they’re calm and polite. So the newbies, like, you can see the older dogs basically rolling their eyes like ‘Come on, sit down so we can get our treat.’ “

Those who watch the videos have also picked up on the dogs’ wide-ranging personalities. Some appear very business-like, while others are more curious and playful. Many of the dogs in the video bypass Thompson altogether to hang with their friends.

“Some of them care about, like, saying hi to me, and some of them do not,” Thompson said with a laugh. “Some of them are like, ‘I’m here for the dogs and like, we don’t really care about you Mo.’”

The videos started organically, as a way for Thompson to share the dogs’ daily routine with their owners.

“I’ve been posting on Instagram and Facebook since the beginning because people will be like, ‘Where did you go? Who was my dog with? What did they do? How were they?’” she said. “So if I just posted a video of them on their walk and take a group photo at a destination, they’ll know where we went and what they were doing. Instead of answering the same question … I just started using social media.”

Before the business took off and long before the Mountain Mutts became a social media sensation, Thompson was at a crossroads. She had initially made the decision to take on one group of dogs to walk, which she sandwiched between two jobs. She eventually took on a second group and continued more of her focus on trail dog walking and puppy training, which is also one of the business’s specialties. She started mostly walking dogs for seasonal workers, but as more dogs were adopted during 2020 and 2021, she expanded.

“I worked at my job less and less and went from full time to like, four days a week, down to two days a week,” Thompson said. “Every year it was just a little less. It started out as a seasonal thing only. And then COVID hit, and all of the dogs were needing to get socialized, and I kind of had a new niche. And that’s really what pushed me into it being a set job with the actual local community that lived here all year round.”

Now she’s up to five groups a day. Last year she hired her husband, Lee, to drive the bus and assist with other aspects of the business. At first they had a van, but when that broke down a little over a year ago, they upgraded to what is known as the Puppy Bus.

Thompson said she put out an SOS for a vehicle, and in the interim, they were walking from house to house to pick up the dogs. Temperatures dipped below zero, and they had to put a temporary halt on the walks. Finally they found the bus through Jeff Hamilton, who operates Hamilton Construction Skagway.

“He gave us a really good deal on it,” she said. “We actually were about to meet him, and we saw it, and we were like, ‘There’s no way we can afford that. That’s a nice bus.’ “

And that’s when they started finding larger audiences with their social media videos. One featured Lee Thompson as a city bus driver only to reveal the cargo of dogs at the end. Another showed Mo Thompson doing an impression of a flight attendant, handing out complimentary liver treats to all of the passengers. While some posts have neared 20 million views, none have approached the popularity of the bus pickup video.

With so many groups to walk, Thompson mixes up where she takes the dogs depending on a number of factors. She avoids taking large groups on trails with tighter passages or blind corners, opting instead for wide-open places. Puppies and younger dogs likely can’t go on more rigorous hikes, and there’s always an element of matchmaking that goes into the groups.

“You can’t just put any dog with any dog,” she said. “You really have to find the right energy matches and put dogs who are good with each other. Finding the right group setting, the right vibe and making sure the dogs have like the training that they need to be successful out on these walks, too, is very important.”

Thompson has established a website with a dog calendar for sale and merchandise is on the way. Lee Thompson said that while they’re creating more content for social media, they try to keep it as genuine as possible.

“I think the biggest thing is a lot of people that do the social media stuff, they really try to force content, they’re really trying to come up with something,” he said. “For us, it’s something we were really just already doing. So we don’t go greatly out of our way to make certain types of videos or anything. We just kind of do what we’re already doing.”

Remains of dogs and cats prohibited in pet food

Thu Jan 5 , 2023
CLEVELAND – A FOX 8 investigation changed a law prohibiting the remains of dogs and cats from becoming an ingredient in pet food. The Office of Governor Mike DeWine announced he signed Senate Bill 164 into law Monday. Bills’ Hamlin suffers cardiac arrest during collapse The revised law, known as […] 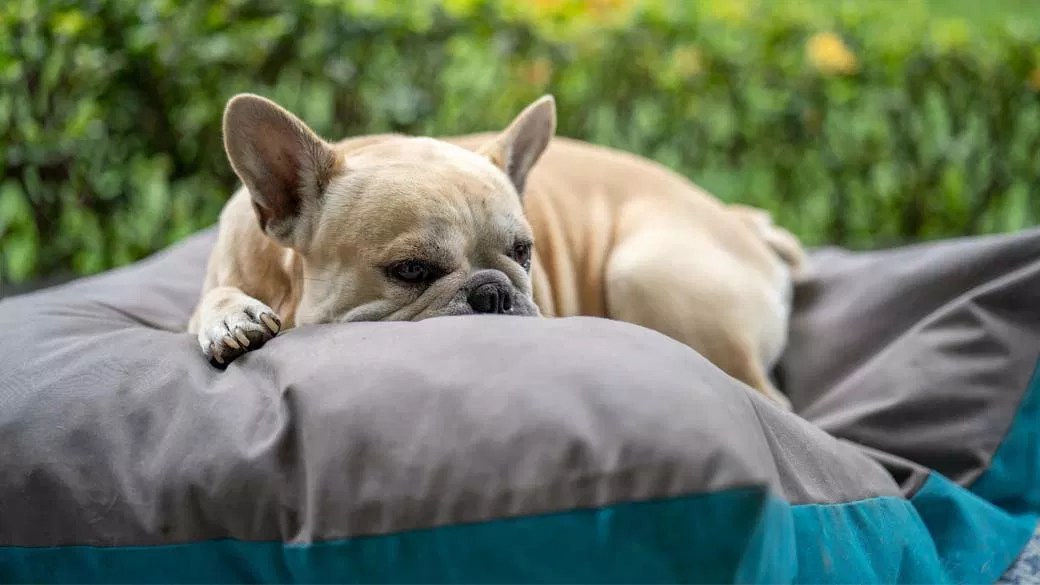