Eighty-five-year-old Beverly Roberts felt nervous while walking into court in Wetumpka, Ala., on Tuesday. But by the end of a 5½-hour trial, when the judge found Roberts guilty of criminal trespassing and disorderly conduct, the elderly woman who had been arrested while sitting in her car was no longer nervous. She felt shock and disappointment.

Her friend Mary Alston, 61, had also been found guilty of criminal trespassing and interfering with governmental operations by Wetumpka Municipal Judge Jeff Courtney.

The women were sentenced to two years of unsupervised probation, $100 in fines, plus court costs and 10 days in jail — the jail sentence was then suspended.

“I realize the gravity of the situation, but also appreciate the absurdity of it all,” Roberts told The Washington Post.

Roberts received a warning from county officials to stop feeding cats in downtown Wetumpka by the courthouse dumpster in March. Three months later, she and Alston were arrested in a wooded area away from the courthouse dumpster while they were discussing how to feed, trap and neuter cats to control the city’s feral cat population.

“A warning, an arrest, and a conviction all because maybe we were about to feed stray cats, and because we were solving a feral cat problem that the city couldn’t solve,” said Roberts.

“I have never seen or heard of a case more absurd than this,” William Shashy, Roberts’s lawyer and a retired judge, told The Post. “I was a lawyer for 20 years and a judge for 21, and I’m completely disappointed and shocked at this judgment.”

Both lawyers believe that the arrest and conviction were motivated in part because Roberts “has created noise in the city for animal rights” and “ruffled many feathers over the years,” said Shashy, who came out of retirement to fight the case for Roberts.

A few years ago, Roberts helped pass an ordinance that banned citizens from chaining their dogs outside without shelter. “I think when I made ruckus about the dogs, those in charge of the city saw me as a troublemaker,” she said.

Both lawyers are determined to appeal the conviction. “It doesn’t matter if there are enough funds. We will be filing the appeal in a day or two,” Shashy said.

It wasn’t Roberts’s first run-in with authorities over stray felines. In March, about three months before her arrest, county officials showed up at Roberts’s house and told her that people had complained about her feeding stray cats and that they were accusing her of being a nuisance and adding to the stray-cat problem in the city. Roberts was no longer allowed to feed and trap cats by the courthouse dumpsters downtown.

“That’s the most shocked I’ve ever been in my life,” she said. “The arrest and the conviction were shocking, but nothing affected me as much as county officials not understanding that I am helping them solve the very problem they are blaming me for.”

Roberts and Alston were both arrested on June 25 in a steep, wooded area that is close to downtown Wetumpka but away from the courthouse dumpsters.

On the morning of the arrest, there were two cats on Roberts’s mind. She knew she had to feed them and have them neutered as soon as possible, she said.

As she was thinking about the cats, Roberts received a call from Alston, who was already at the wooded area with food and traps for the cats. Then the line cut off. Roberts grew worried and immediately drove to find Alston, she said.

When Roberts arrived, Alston told her that three police cars had stopped and told Alston that she should not return to this area.

While Roberts remained in her car, Alston walked over to discuss how to feed the cats and trap the ones that were not neutered without Alston having to “return to this area.” Then the three police cars rushed back with their lights on, according to Roberts.

Last week, during the hearing, Roberts’s lawyer asked a police officer on the stand how many cars were on patrol in Wetumpka on a Saturday morning. “He said about three or four, meaning they sent their entire force to deal with two elderly women,” said Shashy.

The police arrested Roberts first. They said that county officials had told her to stop feeding cats by the courthouse dumpsters and that she was trespassing, Shashy said. However, the area where the two women were arrested is a street and hill away from the original trespass spot.

The disorderly conduct charge came about when Roberts grew angry at being told she couldn’t give her car keys to Alston. She slammed the keys into the police officer’s hands and referred to him with an expletive, according to police body-cam footage of the incident.

Alston was arrested moments later, and both women were taken to Elmore County Jail, staying for at least four hours, Roberts said.

Roberts grew up loving and feeding cats. She remembers that every few months she would go home with a new stray cat and her mother would throw up her hands in frustration. “Please, no more, my mother would say,” Roberts recalled.

Right now, Roberts has six cats in her home and a feral cat she’s trying to tame.

Roberts grew up in Montgomery, Ala., but later moved away. She has a master’s degree in criminal justice and worked in the prison system for years. In the 1970s, Roberts was one of the first women to serve in the Alabama National Guard. In 2005, when Roberts moved to Wetumpka, she received the honor of retiring from the Army as a sergeant major.

Once settled in Wetumpka, she noticed the hungry cats and began feeding them. She met Alston while helping with the ordinance against chaining dogs. “Mary taught me so much about trapping and neutering cats, and we teamed up and started doing this together to help the city,” she said.

In the past year, Roberts said, she has trapped at least 23 cats and spent over a $1,000 of her own money to have them neutered. Only two of the cats have had to be released to the wooded area. The rest were adopted, she said.

Roberts and her lawyer said the experience left them worried about the court system.

“I feel horrible and disappointed about my clients, you know,” Shashy said. “But it also hurts me to think what people will think of the court system after this case.”

Sat Dec 17 , 2022
Columbus Animal Care Services, 2730 Arnold Drive, will host an open house seeking donations for animals and providing information on volunteer opportunities from 1 to 4 p.m. Sunday. The community is being invited to “Bring Christmas to the Animals” and learn about pet adopting, fostering, and volunteering opportunities at an […] 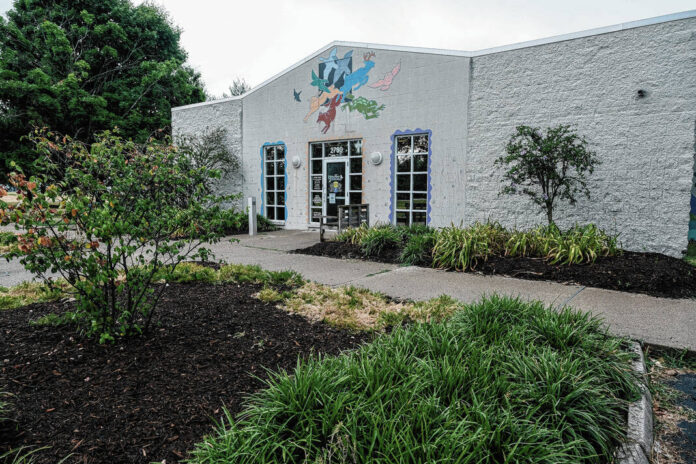